How Not To Be 'That' Person On Public Transport While Travelling

How Not To Be 'That' Person On Public Transport While Travelling

It’s true that travel is rewarding, but there are also few things more frustrating than travel itself. Perhaps you’re on a non air-conditioned long-distance bus, or a stomach-churning channel crossing, your plane is grounded or your seatmate falls asleep on you on a busy train - travel can be trying. There’s something about being in a confined space for hours that really grinds our gears while travelling.

We’ve written about plane manners and eating etiquette before, but what about those public transport moments that can only happen when you’re travelling overseas? What gets your vote for worst travel behaviour on public transport? 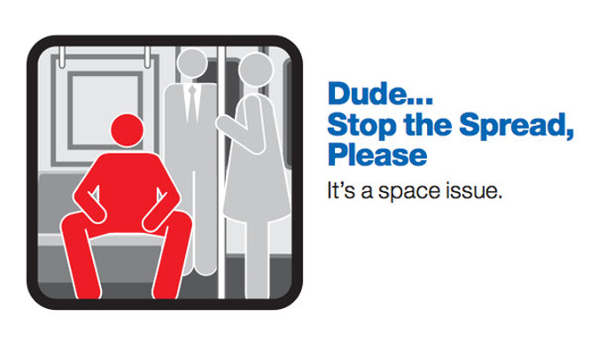 Different people have different ideas about what constitutes personal space. Some are happy to share a bumpy bus ride with caged chickens on board, while others wage arm rest wars on planes. It’s universally acknowledged that placing your backpack on a spare seat while others are standing is a major anti-social move, as is ‘manspreading’ – the male practice of taking up two seats by spreading your legs. In fact, two men were arrested for manspreading on a New York City subway train in June as part of a city crackdown on men taking up too much space on public transport. Dudes, you have been warned. 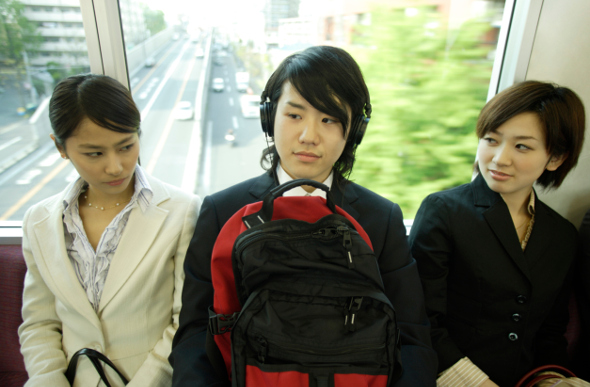 Noise leakage is a thing.  You may be rocking out to Taylor Swift with your headphones on, but know that others around you can also hear the peppy popster’s hot hits too. Although, earphones are infinitely better than none at all. Watching movies on your tablet or laptop, streaming video on your smartphone and listening to old-school boomboxes (google it, kids) are guaranteed to make your fellow travel mates vibrate – with rage! Some UK, US and Australian train services have designated ‘quiet carriages’ to make your journey more pleasant, and it’s the norm in Korea and Japan.

How to up your travel selfie game. Selfie Etiquette - How Not To Be 'That' Tourist 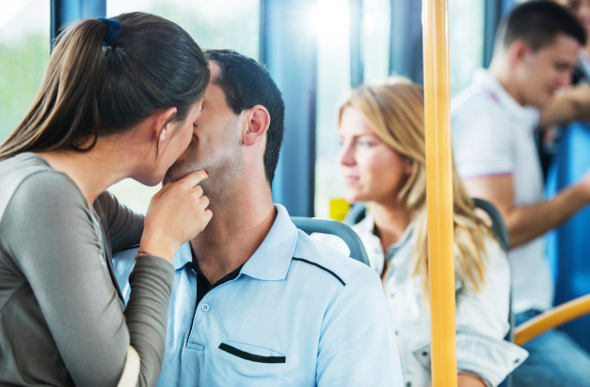 On the plus side, this couple are only occupying one seat!

Following on from loud conversations and music, is the PDA – public display of affection. While people watching is part of the fun of using local transport when travelling, the PDA  or a lovers’ tiff can make things awkward for fellow travellers – quickly. If you are the potential loved-up PDA party, remember that some cultures frown on members of the opposite sex touching in public, so keep it classy in the cabin. 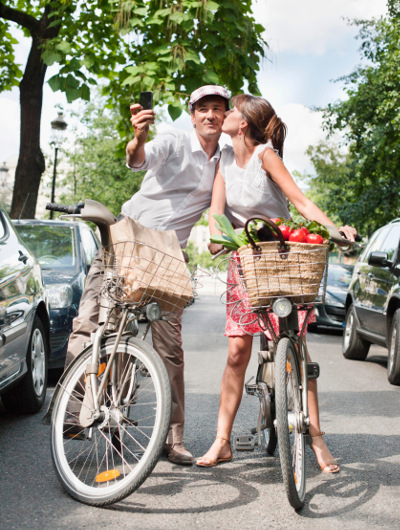 A PDA and cycling on a Paris footpath? Tourists!

How many times have you had to step out of the way of tourists cycling the wrong way on footpaths? In London, it’s an offence to cycle on a pedestrian pavement by a roadside, resulting in an On-the-Spot Fine of ₤50. Even if you’re not familiar with the city or area you’re travelling in, it’s best to stick to designated cycle paths or ride on the road to avoid an accident or fine. 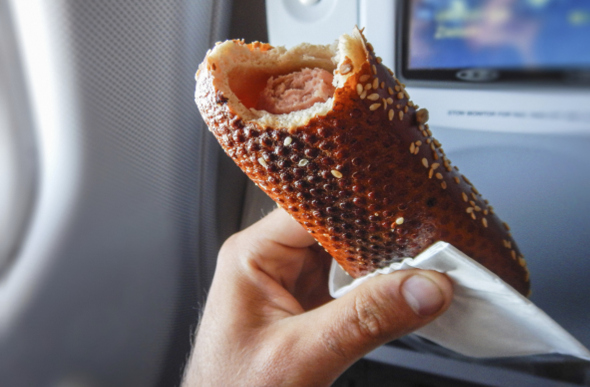 With the advent of low-cost carriers, some travellers chose to bring their snacks on board rather than pay the additional cost for a meal from the in-flight menu. Fair (or fare) enough. Of course, to some travellers, a ‘snack’ means an aromatic curry or a greasy fast-food takeaway, which then proceeds to stink out the entire row. A packaged snack is fine for trains, buses and boats, but boarding with a messy meal that requires cutlery is not going to make you a popular seatmate.