How The Big Ocean Cruises Go Above And Beyond

How The Big Ocean Cruises Go Above And Beyond

It’s no secret that cruising is one of the most popular types of travel. Even people who’ve emphatically declared themselves to be ‘non-cruisers’ have been known to adopt this mode of travel with evangelical fervour once they’ve had a taste of the contemporary cruise experience. The ‘cruisers’ just smile knowingly. Great value for money, a family-friendly atmosphere, the chance to see multiple destinations and only unpack once – nothing new here.

What many people don’t realise, however, is that competition is hot in the cruise market and cruise lines are increasingly upping the ante to offer the ultimate passenger experience. The winner, of course, is you. As cruise lines strive to out-do each other in the added-extras stakes, you have the chance to have a cruising holiday that is about so much more than the cruise.

Here are seven more reasons why your next vacation should be an ocean cruise. That’s right, learn and cruise. There’s no reason why your brain has to shut down because you’re on a cruising holiday. In fact, having the opportunity to do something productive with your days at sea is fast becoming a point of difference for competing cruise lines. Consider it ocean-bound enrichment.

Scholarship@Sea is a program run by Princess Cruises, which offers roughly 20 courses on every voyage, covering areas of interest from astronomy to web page design. Cunard’s Queen Mary II gives you the opportunity to take a Royal Academy of Dramatic Art (RADA) acting workshop, while you can learn to mix your own wine on Holland America’s Koningsdam or study acupuncture aboard some Celebrity Cruises ships. Culinary training is extremely popular, with Oceania’s Riviera and Marina featuring a Culinary Centre in which expert instructors offer classes such as Basic Knife Skills and Argentine-Style Master Grilling. While we’re on the topic of food, it’s worth noting that although generous buffets are a highly regarded perk of ocean travel, cruise lines are taking things up a notch by offering gastronomic sophistication from celebrity chefs. P&O guests can dine at Luke Mangan’s Salt Grill, travellers on Oceania Cruises are treated to culinary creations by French celebrity chef Jacques Pepin, Princess passengers can delight in the delicious fare of Curtis Stone, and on Ovation of the Seas and other select Royal Caribbean cruise ships, guests can tuck into Jamie Oliver’s seasonally-driven Italian comfort food. The best part? You don’t have to drive home. 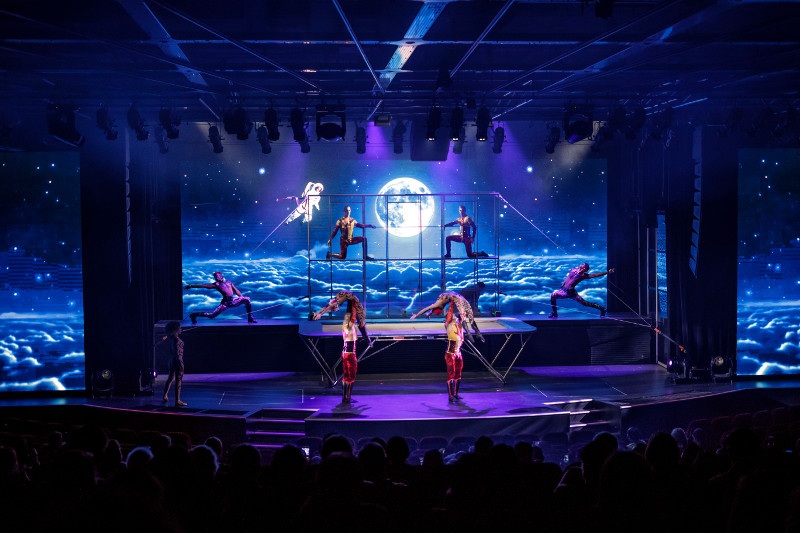 Movies are always a big hit onboard but the current trend in cruising entertainment is the more pizzazz, the better. Passengers on the big ocean cruise lines can expect the very highest quality of entertainment, from Broadway-style musicals to stand-up comedy. Royal Caribbean International have long been known for innovative entertainment, with an Aqua Theatre on Oasis of the Seas which allows onlookers to watch divers, gymnasts and synchronized swimmers perform to music. From Norwegian Cruise Lines’ circus extravaganzas to the Broadway-style shows in Dream Cruise’s 999-seat Zodiac Theatre, the choice of live entertainment is growing more captivating and diverse by the day. If you’re going to surround yourself with deep, blue ocean and only have limited opportunity for a dip, you’re going to need some pretty impressive pools on board instead. Ocean cruise lines know this, and they’ve delivered accordingly. On Viking Star from Viking Cruises, you can swim in glass-backed pools that actually extend beyond the stern ­– the first infinity pools available on board a ship. MSC Preziosa boasts what’s known as Vertigo – 120 metres of waterslide that shoot right out over the edge of the ship and, miraculously, back again. If you’re craving waves, Royal Caribbean gives you the chance to try out FlowRider, their surf simulator, and P&O’s new water parks are just like an interactive playground for the entire family. 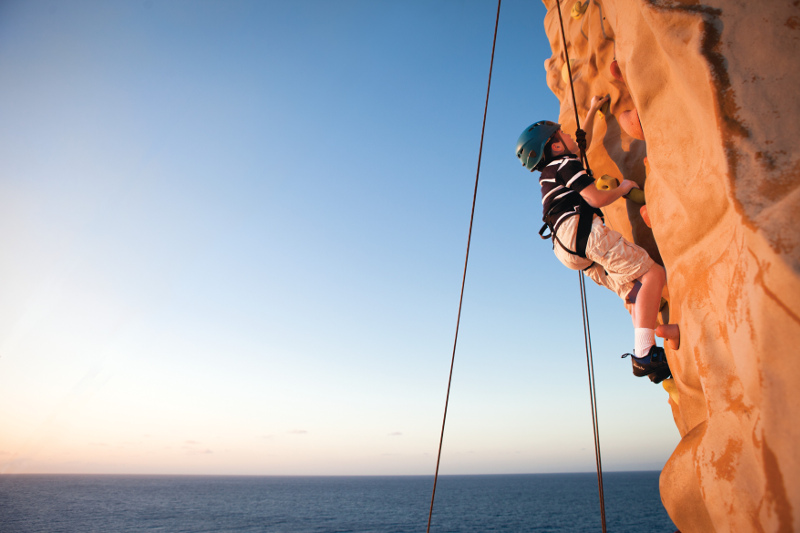 If you’d rather have fun without getting wet, there are plenty of other ways to keep you busy onboard. You can have a go on the RipCord sky diving simulator on Quantum of the Seas, bounce up big on the bungee trampoline on Norwegian Cruise Line or play that ocean-going classic, shuffleboard, on Princess Cruises. Or, if curling up with a movie is more your thing, most Carnival ships offer giant poolside movie screens, or step it up with MSC’S 4D movie screen, which doubles up as a ride simulator. Cruising for wellness is just one of the emerging theme-cruise trends. Image: Silversea

Themed cruising is getting bigger and more inventive each year, and cruises that celebrate calendar events such as Christmas, Halloween and the Melbourne Cup are just the beginning. Themed cruises give you the chance to combine your love of cruising with a passion or personal interest. P&O offers cruise packages that coincide with the business end of the Australian Open and include two day sessions and one night session at the Australian Open as part of the package. Silversea Expeditions give passengers the chance to nourish mind, body and soul on their ‘Wellness Expedition Voyage’ aboard Silversea Discoverer with a program that includes yoga, one free spa massage, cooking demonstrations and healthy menus. 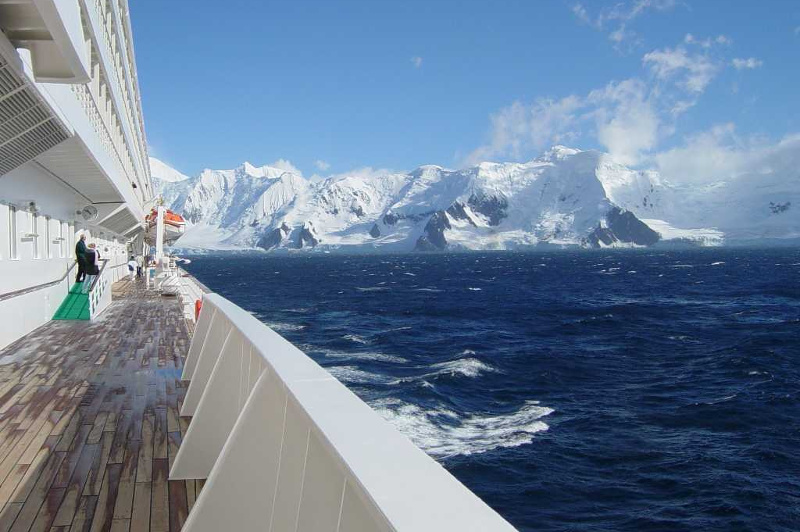 Cruise ship is the best way to experience the Antarctic. Image: Crystal Cruises

Some places are best reached by ocean cruise ship alone, and cruise providers are doing their best to bring you the most unique destinations on the planet. Crystal Cruises offer itineraries through the Arctic’s once impassable Northwest Passage, P&O sails to exotic and untamed Papua New Guinea, and South America is now prime cruising territory with Princess Cruises providing side trips to Machu Picchu and Iguazu Falls to make sure passengers don’t miss out on the destination highlights.