As soon as I'd popped the dried fish into my mouth, I knew I'd made a mistake. I grimaced as my teeth worked to break down its cardboard texture, shuddering as my guide Birna watched on, giggling. Fishmonger Kari had been introducing me to the local delicacies in the Westfjords town of Isafjordur. While his smoked trout with dill had been a triumph, the dried fish was less revelatory.

During my trip to the little-visited Westfjords, whose remote fingers of land grasp the icy waters of the Denmark Strait towards Greenland, I'd expected to encounter some unusual flavours. Sheep's head, puffin and whale blubber are not uncommon.

Yet what I discovered was an impressively artisanal, organic and localised food scene, which has been hitting its stride over the past five years. In the wake of the 2008 financial crash, Icelanders were forced to rediscover their culinary roots.

Unable to import all but the essentials, they relied more than ever on their natural larder, with an emphasis on fresh fish and local lamb. This is a far-flung island after all, whose inhabitants have relied on fishing, foraging and hunting for centuries. 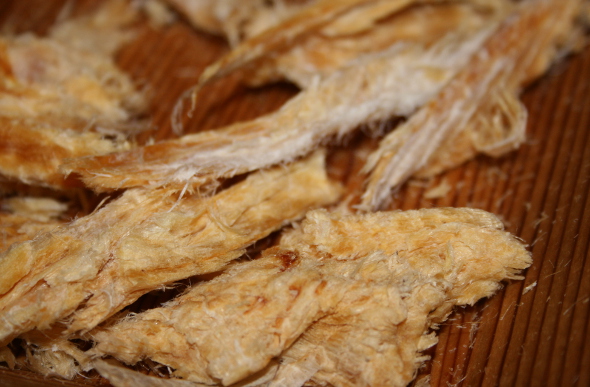 Alongside its economy, which has steadily been recovering since 2011, the country's 'folk food' movement has been making strides in the culinary world. It's not just for taste either. Leading nutritionists on a recent Channel 4 documentary rated Icelandic cuisine as the world's best diet, thanks to its focus on fresh fish and unprocessed foods.

Some dishes are less appealing, not least the pungent hakarl (fermented shark) or sursadir hrutspungar (pickled rams' testicles) – historically preserved from necessity in this wild, remote corner. However, Birna explained that these "national" staples are eaten only once a year at the midwinter festival, Thorrablot, if ever.

More common is an array of simple, fresh dishes that keep the cheeks rosy and the heart healthy: Arctic char is raised without chemicals, considered to be among the most environmentally responsible forms of fish farming; small local farms sell tender, non-fatty meat from lambs that have grazed on moss, thrift and wildflowers; while grass-fed cows produce exceptionally creamy milk with a wonderful yellowish hue.

As a prelude, the previous night I'd tucked into thick slabs of locally caught smoked trout served with a mustard skyr (yoghurt) sauce at Heydalur Guesthouse, whose restaurant works on a farm-to-fork philosophy. It was followed by a meltingly soft, locally reared lamb fillet with a wild mushroom sauce and an almond and marzipan tart. 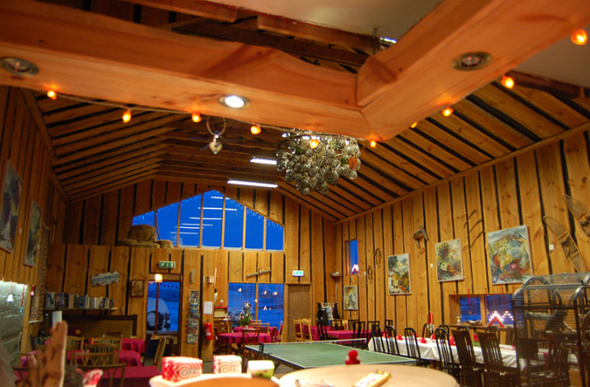 It had been prepared by Stella, a diminutive septuagenarian who runs the guesthouse and all its activities including sea kayaking and horse riding, with the option of soaking in natural hot pools at night with a few cold beers.

"You must respect the hidden people," Birna explained to me, firmly, as we took a midnight dip. "The Huldufolk are peaceful, but when their homes are destroyed, by say bulldozers, or treated with disrespect you'll know about it." She went on to describe incidents with workmen and bulldozer breakdowns, all attributed to disgruntled elves.

Just to be clear, we're not talking about elves like the pointy-eared chaps who help Father Christmas each year. The Huldufolk look like us – the same size and everything – but most are invisible. "For all I know, you could be one of them," Birna winked.

The following day, I wrapped myself up for a horse ride along Heydalur's black-sand beach. Blinking into the unexpectedly bright sunlight, I trotted over mossy grass and past briny grey waves, eyeing up towering, thin waterfalls running like white threads down the distant grey mountains. 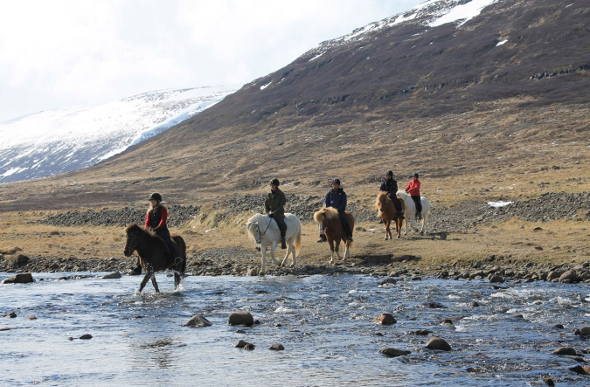 Love the Asian food culture? A Foodie's Guide To Asia

Fill your stomach in Italy. Eat Something You Can't Pronounce In Venice

Birna signalled to dismount so that we could forage for bilberries – it wasn't long before I was sporting a purple smile as I filled up on the sweetly sour berries, my cream coat transformed with bright streaks after I'd slipped, face-first, into the bushes.

Back at Heydalur, with numb fingers, I headed straight for Stella's dining room. Lobster soup, rich with strips of the sweet-tasting crustacean, was the perfect pick-me-up. I mopped up every last mouthful with homemade bread, before devouring two more bowls.

My seafood odyssey continued in Isafjordur, the largest settlement in the Westfjords with about 3,000 inhabitants. Here, Tjoruhusid is a rustic fish joint beside the harbour, all wooden beams, twinkling fairy lights, steamed up windows and low lighting.

The owner, with a red wine-stained smile, slammed down several bottles of water and wine and pointed me to the hot stove where casserole pots were brimming with tempting fish dishes. After devouring my second bowl of fish soup – thick with hunks of fillet, tomatoes and garlic – I stacked my plate with plaice in a buttery lemon sauce, cod cheeks in sweet chilli and haddock in a creamy mushroom sauce.

"You'd be stuck if you didn't like fish," chuckled one waitress when I asked her if there was any meat on the menu. 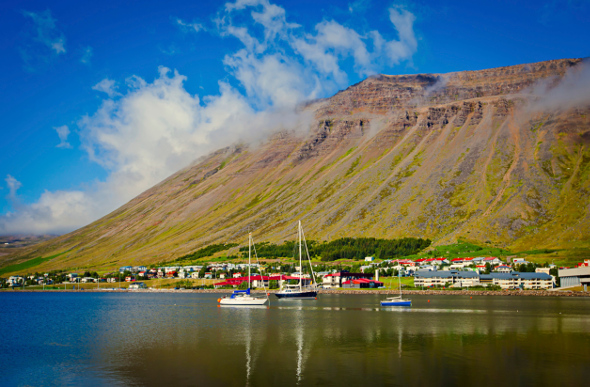 Blessed with a long, natural harbour, Isafjordur was once one of Iceland's most important fishing ports. However, the introduction of engine-powered boats meant that the smaller-scale fishermen were driven out of business and the town's industry declined.

Recently though, tourism is picking up here – travellers are starting to head beyond Reykjavik and the south-west into the wilderness of the Westfjords, home to an increasing number of tourist operations. I spent a couple of hours kayaking with Borea Tours, skirting Isafjordur's coast in the shadow of towering mountains, their peaks submerged in thick cloud.

Seals followed my kayak playfully, before flopping back out of sight into the depths. Gradually the clouds crept in and heavy droplets of rain began to hit the water's surface. I paddled quickly to the shore and ran for cover in the Braedraborg cafe, which I was told serves the best coffee in the Westfjords. It was cosy, busy with travellers and locals; I devoured a pesto, parmesan and parma ham sandwich and went back for a second helping of rhubarb cake.

My kayaking guide, Gunnlaugur was the type of outdoorsy bloke to glance at the sky as though clouds are signposts and to smooth his beard, plucking out imaginary icicles. As we chatted, he explained with a grin: "You have to be odd to live here – we're all eccentrics." 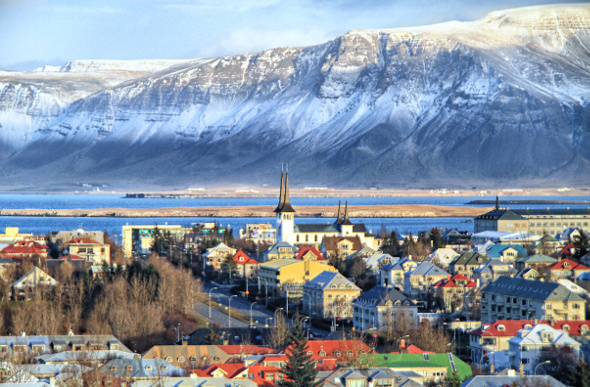 Visit your local Flight Centre store or call 131 600 for more advice and the latest deals on travelling to Iceland.