Bedazzling in its diversity of landscapes and cultures, India is a travel experience where your mode of transport and en-route intrigues can be just as exotic as the destination itself. Melissa Rimac recalls three iconic journeys, from rural backroads to floating houseboats and heading for the hills.

Picture this. You’re cruising through Rajasthan’s painterly desert, cocooned in a black Ambassador that’s pure 1950s. Every mirror is garlanded with marigolds and a pantheon of Hindu deities stands sentry on the dash. A paisley modesty curtain shields your sensibilities.

Although Rajasthan is defined by imposing forts and the jaw-dropping grandeur of the maharajah’s palaces – all gilt, frenzied frescoes and jewel-encrusted walls – it’s the tucked-away treasures you’ll only encounter if travelling in a private car that are most deeply affecting. 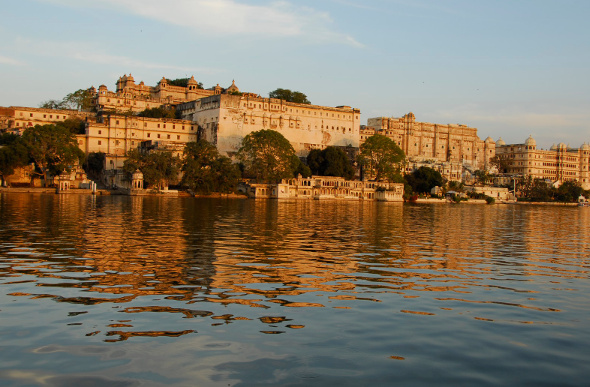 Spontaneity rules when it comes to road trips, especially in this intensely varied desert state. A knowledgeable driver will know which dusty tracks lead to moody ruins or mud-walled tribal villages. And he’ll be up on the goss about photogenic celebrations.

Rural backroads offer glimpses into a pace of life in sync with the camel carts. Here, entire villages are devoted to the production of a single handicraft, such as clay pots or covetable textiles. Each afternoon, the bleached expanses pop with colour when women – resplendent in bolt-bright saris – gather around wells.

Intimate in scale and atmosphere, the smaller, quirkier palaces are often run by the original ruler families and boast impressive vintage car selections and the opportunity to take tea amidst strutting peacocks.

To spend time drifting about the backwaters of Kerala is to start to see in sepia. Low-slung towns such as Alleppey – replete with slouching spice warehouses, an abundance of two-toned cars and ladies shadowed by Mary Poppins umbrellas – could be straight out of a Somerset Maugham work.

In Fort Cochin, I passed hand-pushed carts bulging with sacks of cardamom, turmeric, cloves, cinnamon and pepper as I strolled among Dutch merchants’ mansions and Portuguese-era churches. 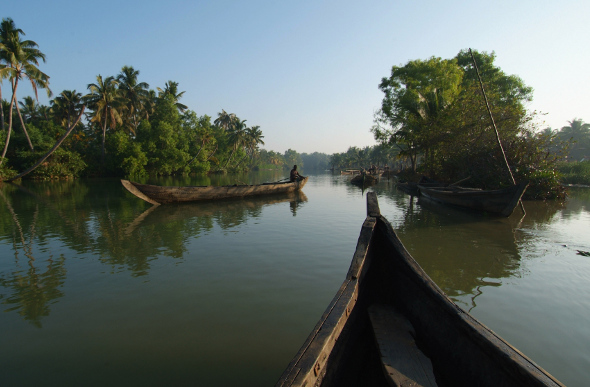 There’s a pondering somnolence to this mossy, palm-fringed maze of lakes, rivers and canals. The quintessential way to soak it up is to kick back on a house-boat – a luxurious haven of fragrant timbers and tactile cane styled like a rice barge – as it pushes through carpets of water hyacinth and slides by wetlands and glaringly green rice paddies.

Wrapped in a rippling quiet, the effect is hypnotic: all that floating, drumbeats from temples obscured by tropical foliage, blood-red sunsets streaked with migratory birds, the trails left by mango-wood fishing boats, dinner by flickering candlelight.

Kerala is awash with heritage architecture, which presents a new twist on the houseboat concept: elegant abodes converted to luxurious, antique-adorned lodgings offering guests their own paddle-boat or houseboat for daytrips.

It’s a heritage-meets-backwater experience that makes way for Kerala’s other dreamy diversions – deep tissue massages, yoga and cooking classes. I still tingle when I think about watery hideaways such as Coconut Lagoon, Fragrant Nature and Chittoor Kottaram.

When life on the plains became insufferable, the ‘Britishers’ made for India’s cheek-flushing mountains, bringing a honed appetite for parties, plays, polo, lavish banquets and story-book English architecture.

Eventually, bridle paths were replaced by narrow-gauge railways, three of which have World Heritage listing – the Darjeeling Himalayan Railway, The Nilgiri Mountain Railway in Tamil Nadu and the Kalka Shimla Railway. 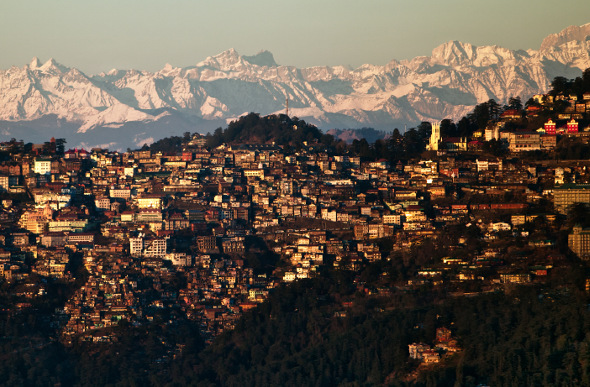 Shimla - once a power base of the Raj (image: Getty)

Only the Kalka to Shimla service – involving 103 tunnels, 806 bridges and innumerable deep valleys – maintains luxury carriages; unsurprising considering that Shimla was, as Rudyard Kipling put it, “the centre of power as well as pleasure” of Raj India.

With views over hills frequently draped in mist or snow, the palatial residences and manicured gardens created for Raj officials and eager acolytes still ooze attitude.

Several of the most splendid piles have become luxury hotels – most notably, Wildflower Hall (formerly Lord Kitchener’s abode), Chapslee (previously home to the governor of the East India Company), and erstwhile residence of British India’s Commander in Chief, Woodville Palace.

Away from the elegant drawing rooms, there are sensational walks to be had in pine-scented mountains. From here, it’s a natural progression to other parts of the north-western Himalaya and opportunities for trips combining upmarket atmospheric lodgings with walking and cycle tours through swoon-inducing mountain scenery.

Journeys involving fully catered treks -with your own personal chef and gear carried – and staying in stylishly renovated village houses have recently hit the trekking scene (by Shakti Himalaya) in the Rhododendron spangled Kamoan Ranges and in Ladakh, a high altitude moonscape that’s home to a remarkably intact Tibetan culture.

Visit your local Flight Centre or call 131 600 for more advice and the latest deals on travelling to India.