Flight Centre is getting pretty excited about Europe! So much so that we are sending two of our favourite Instagrammers – Jason Charles Hill (@jasoncharleshill) and Emilie Ristevski (@helloemilie) – on a whirlwind tour of London, Italy and France, and points in between.

They’ll be packing in so much, so you can see just what’s possible on a Europe holiday. From stunning luxury accommodation to iconic sights, we’ll be sharing some of their incredible photos to inspire you to make your dreams a reality.

Here’s a sneak preview of what they’ll get up to, to give you some ideas of how you might spend a week or two in Europe. Stay tuned in coming weeks to find out their best tips for Europe’s highlights. 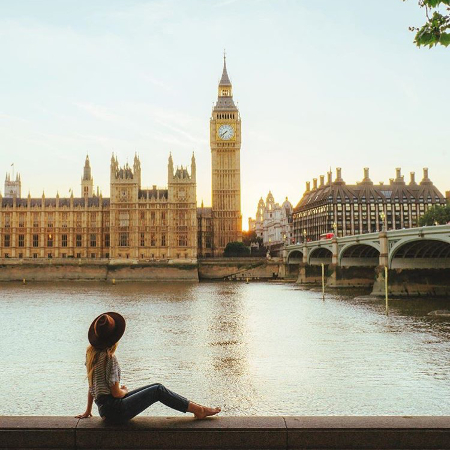 Spend at least a few nights in London to soak up all this incredible city has to offer. As Samuel Johnson said: “The man who tires of London tires of life. For there is in London all that life can afford.” Think the majestic Palace of Westminster (aka the Houses of Parliament) standing proud alongside the Thames, the chiming of Big Ben, the London Eye turning in its slow arc, and a warm cup of English Breakfast tea. 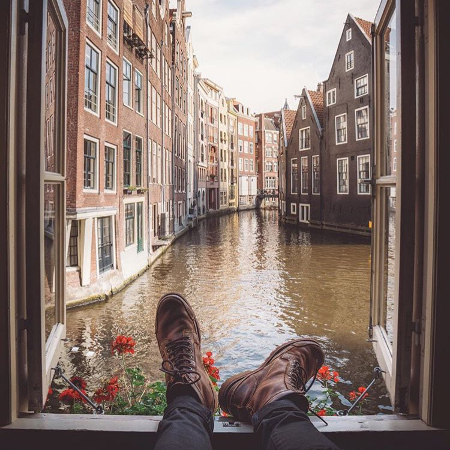 It’s an easy trip on the Eurostar from London St Pancras to Amsterdam (via Brussels). Spend a couple of nights here exploring the canals, admiring the narrow houses, dodging cyclists and generally soaking up the atmosphere. 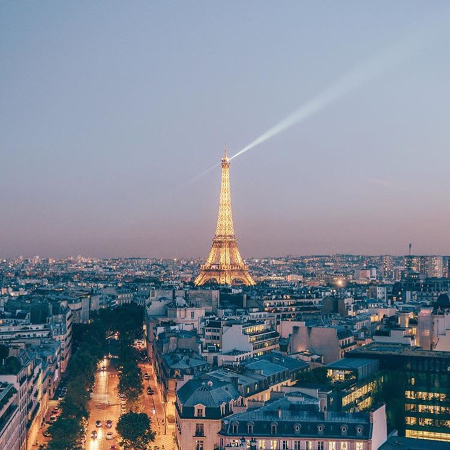 Grab your Eurail pass and train it to Paris, which of course needs no introduction. Paris is a city for strolling, so don’t try to do it all in a day. Three or four nights will give you plenty of time to make the most of this romantic city. You’ll fall in love with the cobbled streets, lovely parks, and delectable pastries. Don’t forget to watch the Eiffel Tower put on her finery as day turns to night.

Europe in a new light: Touring The Road Less Travelled

Lyon To The Alps 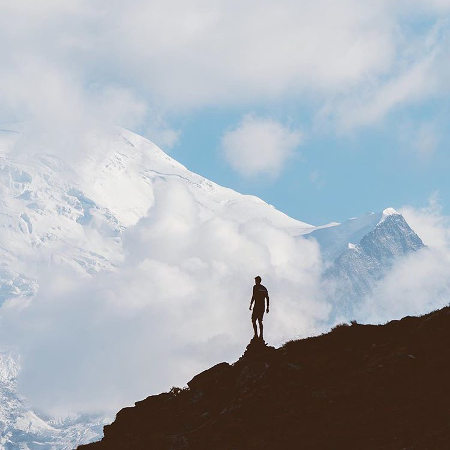 Take the TGV (very fast train) from Paris to Lyon for a night or two before heading up to the French Alps. Explore the old town, check out the lively clubbing and drinking scene, and shop the fantastique boutiques. Then bus it to Chamonix in the Alps for a couple of nights. The mountain scenery will take your breath away. Don’t forget to ride the Aiguille du Midi cable car for unrivalled views. 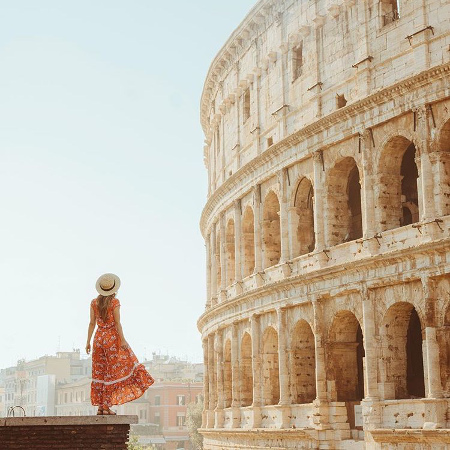 Your next stop is the Eternal City, Rome (via bus and train). Take a week-long coach tour to make sure you don’t miss a thing. Check out Rome’s glorious Colosseum and Trevi Fountain; stop at the ruins of Pompeii; make a side trip to the Amalfi Coast; discover the storybook landscape around Assisi; explore the Tuscan gems of Siena and Florence; and finish up in princely Venice, where you might want to tack on a night or two.

The Dolomites give the French Alps a run for their money. Hire a car in Venice and make your way to this Italian mountain range in northeastern Italy for a night or two. You’ll love the walks, architecture and the food – make sure you try the canerderli – dumplings with speck and herbs, served in broth. It’s the perfect end to a whirlwind trip.

Next up: Jason and Emilie explore Italy with Topdeck.