Is This Italy's Most Underrated Region?

Is This Italy's Most Underrated Region?

We’re standing in the middle of a spectacular Italian city square in late June, peak tourist season, and yet we’re almost all alone. My wife and I soak up the silence as we wander from one ancient building to the next, admiring the eclectic range of architecture and the genius and painstaking craftsmanship which birthed it.

Were we in many other parts of Italy right now we’d be jostling for space amid swarms of tourists and wincing at the unsettling din from rowdy tour groups. Instead we’re relaxed and joyful, becoming increasingly entranced by the overlooked city of Bologna. 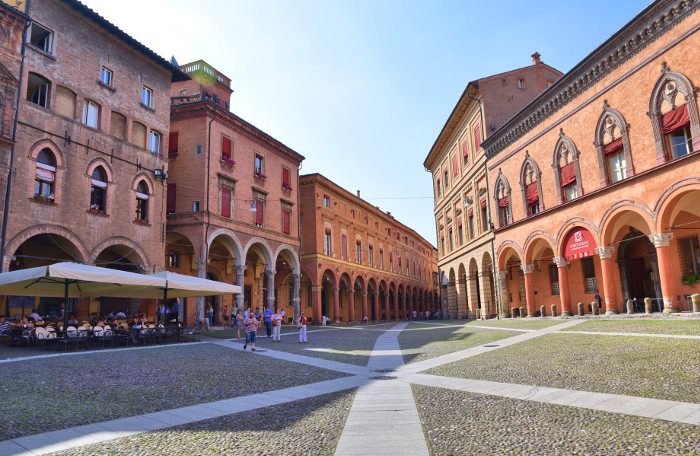 The lack of crowds in Bologna is a blessing. Image: Ronan O’Connell

Surprises don’t come better than the pleasant variety. Bologna proved to be just that after being sandwiched into our Italian itinerary at the last minute, in between two of the country’s tourist meccas Venice and Milan. Quite remarkably it was this underappreciated city which proved to be the highlight of the trip despite our sights being locked on the canal charm of Venice and the fast pace and high fashion of Milan.

Close to a million Australians visited Italy last year. If the overall tourist stats are anything to go by, many of them will have overlooked Bologna in favour of more renowned destinations like Rome, Florence, Venice, Milan, Pompeii and the Amalfi Coast.

RELATED: Turn your Italian holiday into a romantic escape with these 4 sweet experiences 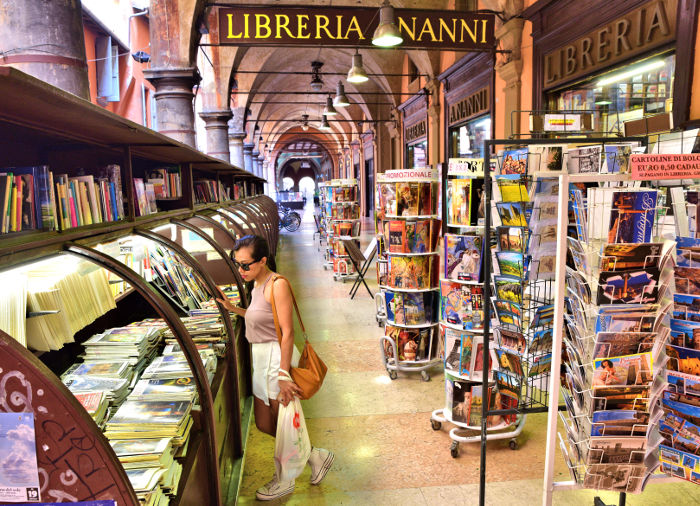 This is of benefit to those Australians who decide to venture to Bologna, Italy’s seventh-largest city and the capital of the Emilia-Romagna region in the country’s north. Its lack of international profile means Bologna is rarely, if ever, over-crowded. The benefits of this extend beyond the obvious peace and quiet. In the absence of overwhelming tourism the locals appear not to have become jaded towards foreign visitors.

There also is an absence of the aggressive touts and awful tourist-targeted food which abounds in the centres of places like Rome and Venice. Bologna, on the other hand, seems to have an infallible restaurant scene. From morning to night, every meal was a treat. The service was efficient and warm - nowhere in Italy had I found staff so interested in where I came from or so readily prepared to offer helpful tips on their city. And the food, oh my the food.

After eating soggy, oil-drenched pizza in Venice we were delighted to find the Bologna versions had the perfect balance of juicy toppings and a crispy base. But it’s best not to fill up on pizza in Bologna, which is famous for its fresh pasta. If the pork-stuffed Tortellini was delectable, then the Tagliatelle covered in Bolognese ragu brought us within a fork-length of heaven’s gates.

RELATED: Venice is still worth the trip! Here's how to outsmart the crowds 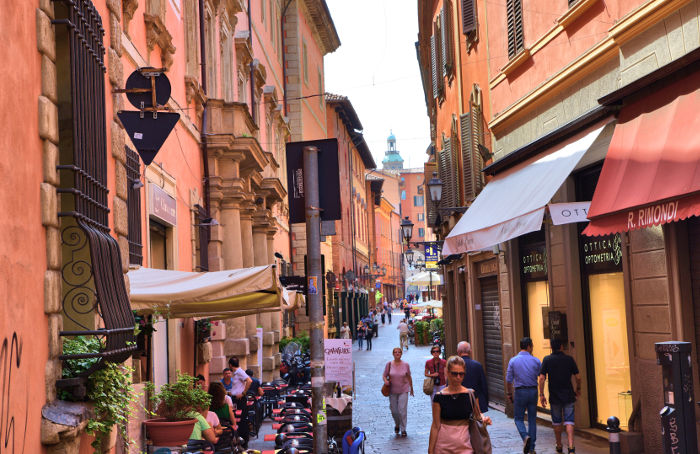 Of course, there is much to see and do in Bologna between your magnificent meals. Bologna’s population may be pushing one million but its key sights are clustered together in its compact Old Town. Stretching south from Bologna Central railway station, this historic precinct is lined by wonderfully well-preserved historic buildings.

Among the most striking are several grand medieval palaces, including the 14th century Palazzo Comunale, and the 13th century Palazzo Podesta and Palazzo Re Enzo. Italy, of course, is famous for its extraordinary churches. Bologna is no exception thanks to the beguiling Basilica Santo Stefano, the Santuario di San Luca and the Basilica San Petronio. 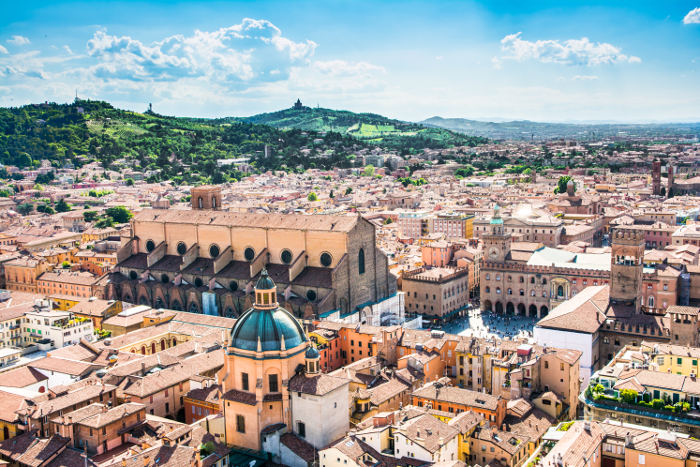 The 500 steps to the top of the Asinelli tower rewards with extraordinary views over the city.

The last of these has the least ornate exterior. Yet its dark stone upper façade, contrasting against the lower cream section, makes it resemble a gigantic barn. This quirky design makes it spectacularly unique. Looming above San Petronio are the icons of the city, the Two Towers of Bologna.

Standing 97m tall, the taller of the pair is called Asinelli and you can scale its almost 500 steps to earn an extraordinary view of Bologna. From up there you’ll see almost as many incredible buildings as there are tourists. That’s the strength of this city.

Want to visit Bologna? Talk to us today.