Is Tiree A Surfer's Paradise?

Is Tiree A Surfer's Paradise?

The solitude was almost eerie as I paddled further into the clear water. A breeze whipped my hair and the sea lapped gently against my board.

Then I spotted a whiskered old boy bobbing around, watching me from just a few feet away. His bald head, half-submerged in the ripples, glinted in the sun. I blinked – and my curious companion came into focus as one of the more numerous residents of this small Scottish island: a grey seal.

Apart from him and his flippered friends, plus a few oystercatchers and perhaps the odd basking shark below, I had the bay to myself. 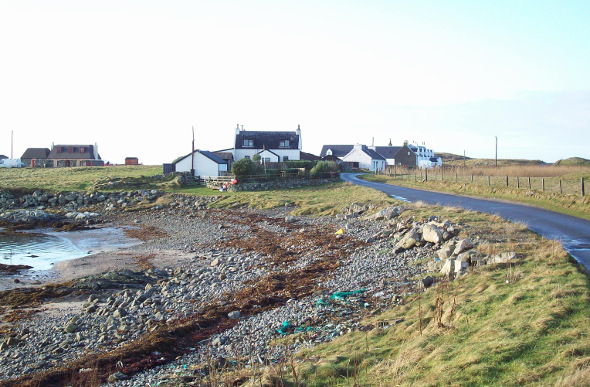 Uncrowded waves, white sand and dunes are what make Tiree, the outermost island of the Inner Hebrides, a surfer’s paradise. Thanks to record sunshine hours, warm Gulf Stream water and the number of surf spots along its 74 kilometres of coastline, the island has earned the nickname “Hawaii of the north”.

The perfect location, then, for Scotland’s first surf and yoga retreat, Surf Tiree, which ran two weeks of retreats this northern summer, with more planned for next year.

My one-hour flight from Glasgow revealed colours you would expect to see on a tropical island – seas of jade and emerald dashed with ivory sand. And thanks to the winter winds the landscape is strikingly flat and treeless.

The airfield is dotted with small, grey buildings with corrugated roofs and crumbling walls, remnants of the island’s military past.

Due to its strategic location on the edge of the Atlantic, Tiree was an important RAF base during the Second World War – and a handful of concrete hangars and huts remain, with some now used for storage or as livestock shelters. 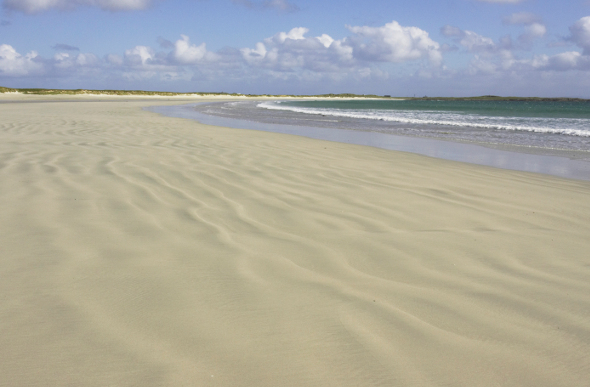 Its remoteness also led to plans to evacuate the Royal Family to Canada from Tiree in the event of an invasion.

Some 2,000 Allied servicemen and women were stationed here (compared with today’s dwindling population of about 650), and English suddenly took over from Gaelic as the dominant language.

My base for the week was Island House, a nine-bedroom property surrounded by grazing sheep and set on the banks of a loch occupied by swans and otters.

I awoke to blue skies and made the five-minute cycle to the Community Hall for yoga led by Helen Clare, who specialises in teaching athletes and surfers.

A hare darted across my path as I bounced over the final cattle grid and looked out for the island’s famously shy but noisy corncrakes. “Yoga and surfing are perfect partners,” Helen said as we rolled out our mats next to windows facing the sea.

“They both require core strength and mental focus.” 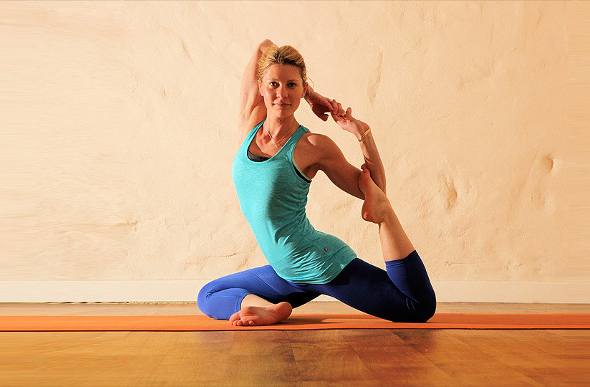 And that’s just the beginning. The deep, rhythmical breathing of Vinyasa Flow kept our movements relaxed and fluid – crucial for surfing – while various positions used the same muscles.

“You’ll know this feeling from paddling,” Helen said, padding round the room and adjusting our poses as we lay face down, arching our backs in Cobra pose. Chaturanga (hovering inches above your mat in a low plank) mirrored popping up on the board, while gazing forward and aligning our hands and feet helped our balance.

An island runway disappears at high tide. 6 Runways That Make For Extreme Landings

Try in Australia too. Body & Board: Yoga & Surfing In Beautiful Byron Bay

I wasn’t quite as balanced when I moved to the water. Scrambling to my feet for three shaky seconds in the surf at Balevullin, on the north-west coast, the yoga mat seemed like a distant memory.

Happily, Blackhouse Watersports instructor Marti Larg was on hand to help me pick the right wave and – when my arms ached from paddling – give my board an expert boost towards the shore. Every time I plunged into the drink, I was surprised that it wasn’t icy. “This may be Scotland but we have hot summers,” Marti said as we headed back to the beach hut to change out of our wetsuits. 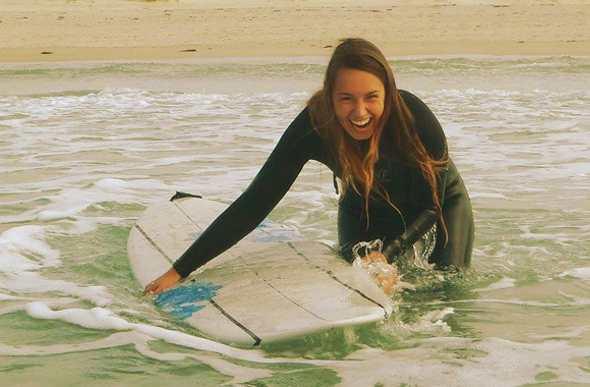 Like Hawaii without the crowds and noise (Image: Surf Tiree)

Any small island with beaches facing in all directions will have somewhere to surf. But Marti, who has lived on Tiree for 15 years, believes that this island’s lack of hills is an added attraction.

“Unlike other islands in the Hebrides, Tiree is flat so clouds scoot past us,” he said. “It’s the sunniest place in the UK and surfers prefer to catch a wave in the sun, like in Hawaii.”

The wind – which attracts top windsurfers for a national competition every October – was thankfully absent for our beach cook-up that evening – fresh lobster, caught in the sea in front of us.

Warming my hands by the fire, I gazed towards the waves I’d earlier been sharing with my supper, watching the sky turn gold as the sun finally set for the day.

Visit your local Flight Centre store or call 131 600 for more advice and the latest deals on travelling to Tiree.

This article was written by Ellie Ross from The Independent and was legally licensed through the NewsCred publisher network.