At 3.00am on a bitterly cold March night, I found myself standing on a 10-metre-long fishing boat in the middle of the Sea of Japan. The temperature hovered around freezing and a kerosene-soaked scrapwood fire blazed in a metal pail on the ship’s slippery deck.

Above, a flock of screeching gulls circled and occasionally dive-bombed our ship, while a dozen fisherman were frantically hauling up their nets, trying to reel in their catch before the birds did.

Suddenly a blaze of neon blue flashed from underneath the water and thousands of firefly squid squirmed around in the nets, lighting up the cold black night. 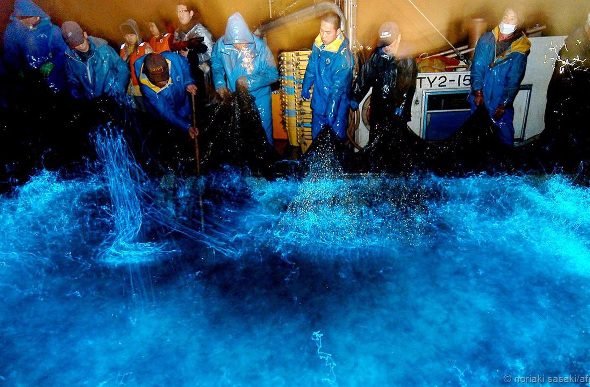 One of the planet's colourful marvels is also a food source (images: Getty)

It was Hotaru Ika season: every year from March to June, these tiny bioluminescent cephalopods ignite the 14-kilometre shoreline of Toyama Bay in a spectacular light show that rivals the neon canyons of Tokyo’s Shinjuku.

Located on Japan’s west coast about 350 kilometres northwest of Tokyo – and recently made more accessible with the March 2015 opening of a high-speed bullet train – Toyama Prefecture is one of the few places on the planet to see these strange creatures in the wild.

By day, the squid dwell in the deep, murky fathoms of Toyama Bay. But each night they ascend to the surface to search for potential mates.

An evolutionary phenomenon called counter-illumination allows the squid to camouflage themselves by blending in with the light cascading in from above, thus thwarting predators. The light each one emits from its tentacles is not enough to read a book by, but when tens of thousands of them come together they create a stunning electric-blue display that is one of the most arresting and colourful marvels on Earth.

To learn more about these glow-in-the-dark sea creatures, I headed to the Hotaru Ika Museum in the town of Namerikawa, where interactive exhibits and a research centre delved into information like the squids’ mating behaviour and the sustainable way in which it’s fished in Japan.

Catching a glimpse of the illuminated squid from shore is challenging, usually taking several late night and early morning attempts, as well as requiring an interconnected set of perfect tidal, lunar and weather conditions. 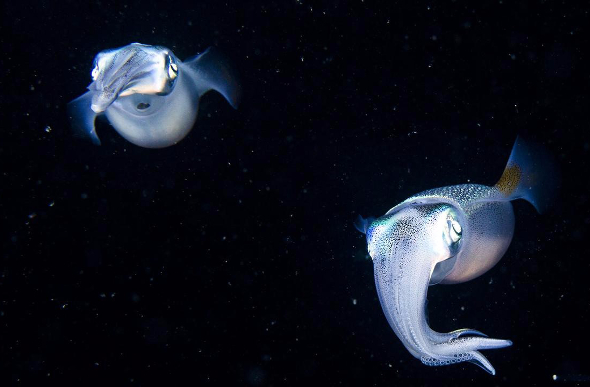 See them up close on an early morning tour

A better way is to head out on the water via the museum’s Firefly Squid Sightseeing Tour, which runs from March to May. The one-to-two-hour boat excursions leave at 3am, taking visitors to the spawning grounds where fisherman haul up glowing nets of the fluorescent sea critters.

The boats fill up fast; be sure to reserve ahead.

Like much of the marine life in Japan, firefly squid are commercially fished and eaten as a seasonal delicacy.

Snow crabs too are not to be missed. Snow Crabs & Hot Springs In Kinosaki,Japan

Where you'll find the cherry blossoms. The Best Places In Japan To View Cherry Blossoms

Toyama Bay is the third biggest bay in Japan and home to one of the largest seafood distribution centres in the nation, rivalling Tokyo and Osaka.

After my early morning tour to see the quid, I headed to Namerikawa’s commercial seafood market, located 300 metres across the small marina from the museum, where I watched the firefly squid being rapidly auctioned off, quickly loaded into trucks and shipped across Japan.

The auctions, much like the firefly squid catch itself, were fast and furious, as maintaining freshness is crucial to the industry’s reputation.

There are many ways to eat the squid – raw, grilled, stewed and in tempura form – but eating a whole one directly from the sea is considered to be the tastiest version by many locals.

One of the local fisherman grabbed one and popped off its eyes before handing it to me to eat raw, saying “oishi”, which means delicious.

The squishy consistency of the whole raw squid wasn’t for me. I was instead drawn to the fresh sushi, for which Toyama Bay is revered throughout Japan.

At Sushi Sasaki, a small counter in Toyama city run by Sasaki-san and his wife, I sampled a variety of fresh nigiri and sashimi, washed down with a few glasses of local sake. 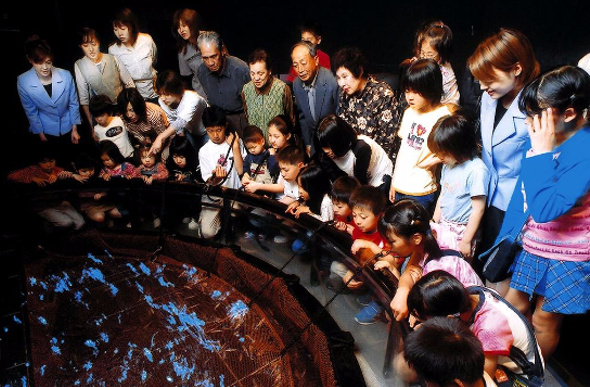 His firefly squid sashimi and carpaccio were tasty (and less squishy than the whole squid), but the standouts were the luscious beni-zuwaigani (red queen crab), velvety shiroebi (white shrimp), maiwashi (sardine), mejimaguro, (fatty tuna), and as a bonus, a bit of uni (sea urchin), imported from Hokkaido but as good as anything local.

Delicious as the sushi was, nothing tasted as good as the bioluminescence looked. The deep electric blue of the squid was unlike any other shade I’d ever seen, including other forms of bioluminescent creatures.

So much about bioluminescence is only now beginning to be understood by scientists and marine biologists; these furtive animals are profound and mysterious. Seeing them alive is a reminder that even in the darkest pockets of the planet, there are glimmering stars waiting to be discovered.

This article was written by Adam H Graham from BBC and was legally licensed through the NewsCred publisher network.