John Torode, the MasterChef judge in the UK and former Sydney resident, recently sat down to talk about his favourite haunts in New South Wales' capital city.

Reminiscing on life amongst the Darling Harbour, Manly and Kings Cross, the celebrity chef shared plenty of details on what he misses most, where he prefers to stay and his tips for a first-time visitor.

The conversation of course included a lot of information on eating in Sydney such as where to go for dinner and drinks.

I lived there for two years from the age of 23, when it was growing really fast and there was good food and restaurants everywhere. I found it to be magical, sitting there on the harbour. You could then catch the ferry to Manly and suddenly be in the most peaceful place. 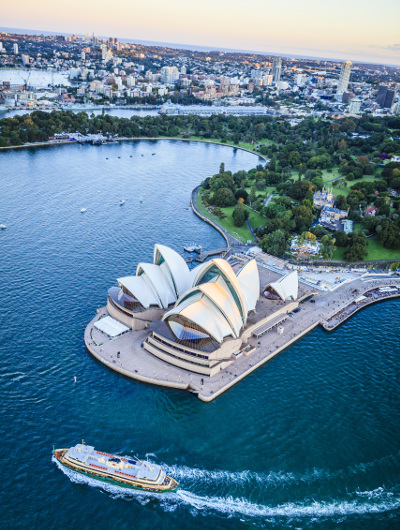 Anything special I should pack?

An open mind, sunscreen and a waterproof for the ferries, as it’s pretty splashy when it’s windy and you’re going past the Sydney Heads.

What do you miss most when you're away?

The cafe culture. It’s full of little places, originally set up by Greeks and Italians, where the coffee is really good. I miss asking for a long black and getting something I actually want to drink.

What’s the first thing you do when you arrive?

It’s usually 6am when I arrive. I check into my serviced apartment in Manly, then walk across the road and go for a swim in the sea. Afterwards, I like to ride my bike to my brother’s house for a BBQ. I like to reactivate my body after a long journey by getting the sun in my eyes.

Where’s the best place to stay?

Somewhere in Manly or Coogee, away from the business district. I usually stay in a room with a balcony overlooking the sea at The Sebel Manly Beach.

It’s not a posh place but it’s good and reasonably priced. Otherwise, the Park Hyatt is expensive but beautiful. It has a rooftop swimming pool and rooms with views of the Sydney Opera House and Harbour Bridge. 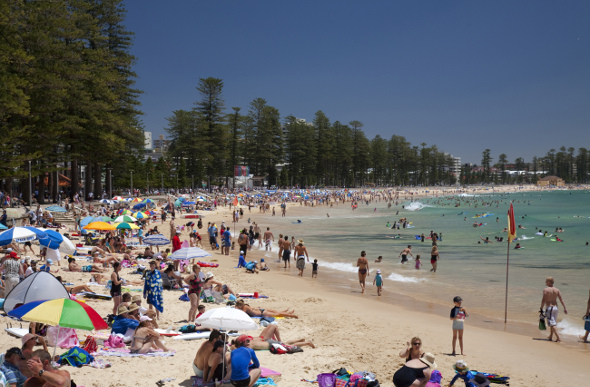 Where is your favourite place for lunch?

The Fratelli restaurants do excellent Italian food. For something really special, Rockpool Est. 1989 is located in a beautiful room in the old treasury building.
I also like George Street for its amazing selection of cafés. And be sure to eat a proper meat pie - Harry's Cafe de Wheels down at Finger Wharf is the place for it.

Surry Hills, where there are lots of great Thai and Vietnamese restaurants. Just pick one that’s busy and stay at the bar for a drink until a table becomes available. BBQ King (2 9267 2586; 18 Goulburn St), near Chinatown, is a fantastic Chinese barbecue pork and duck place, where all the chefs hang out late at night. The Apollo, a Greek restaurant in Kings Cross, is also great for dinner.

Where would you meet friends for a drink?

I like Pony Lounge and Dining at The Rocks, for a glass of wine and some oysters.

Where would you send a first-time visitor?

Walk from the Sydney Opera House to the Royal Botanic Gardens, then up to Mrs Macquarie's Chair – a sandstone rock hand-carved into the shape of a bench by convicts in 1810 for the first governor’s wife.

Walk around the corner from there and you’ll come to a lovely public swimming pool overlooking Sydney Harbour – so don’t forget to bring your swimming gear.

Then walk down the steps to Finger Wharf at Woolloomooloo Bay. Take a seat at one of the great restaurants or bars there and watch the hustle and bustle.

Also, you should jump on a train to Cabramatta, about 45 minutes out, where the Vietnamese settled. It’s known as ‘Little Saigon’. The food is incredible, the markets and people are amazing.

Then hire a car and drive for about an hour to the Blue Mountains, which is well worth a day trip. 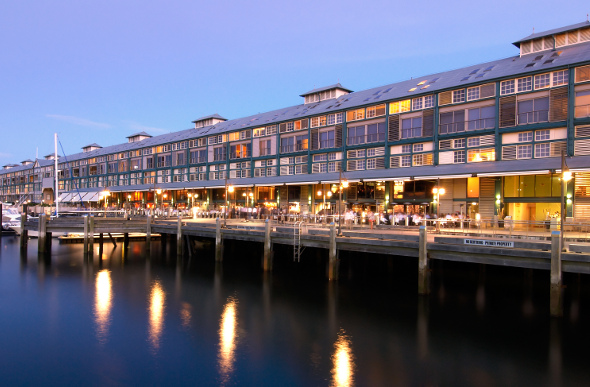 Echoes of Sydney's past in a new urban dazzler. QT Sydney Is An Art Deco Dazzler

See Sydney on a budget. Penniless Sightseeing In Sydney

Not really. Sydney has changed a lot. The markets are great, but just try to avoid the tourist tat.

Also, don’t jaywalk. If you cross the road before you see the ‘green man’ on the street light, a policeman may charge you AUD 60.

Public transport, especially the ferries. Sydney-siders don’t drive. Taxis are fine for short journeys but if you want to go to the northern beaches or more inland, hire a car.

What should overseas travellers bring home?

A couple of boomerangs, sculptures and a didgeridoo [a traditional wind instrument used by indigenous Australians] or two. Just be careful of the duty, because if you send stuff back the tax man might hit you hard. 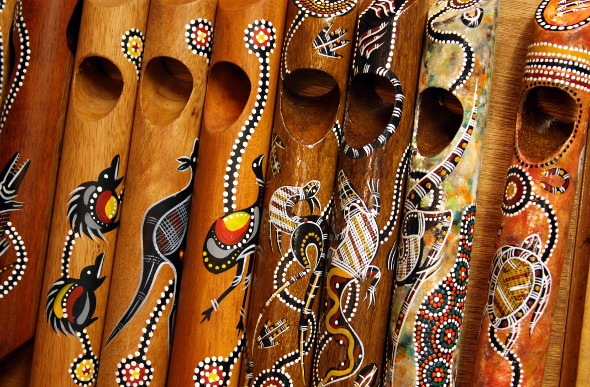 Take a couple home with you (Image: Getty)

Neither. I carry my wallet and maybe a pre-loaded credit card in my pocket.

Anywhere that’s not your kind of town?

Marrakech. When I’m on holiday I want to clear my head and I found Marrakech too ‘in your face’ and busy. I love Moroccan food, but I don’t want to eat a goat or sheep’s head, thanks.

This article was written by Lisa Pollen from The Daily Telegraph and was legally licensed through the NewsCred publisher network.