Kauai seems like a world away from the flashy, frenetic world of Waikiki Beach where our Hawaiian journey began. Like the feeling you get after a great meal, we left the bustling tourist haven of Waikiki fully satisfied.

Having helped ourselves to all the island of Oahu had to offer, we were ready to embrace the peaceful ambiance of Kauai, a relatively small Hawaiian island known for its idyllic natural settings.

But with only three days to spare, some pretty quick footwork would be required to fit in all Kauai's beautiful sights. 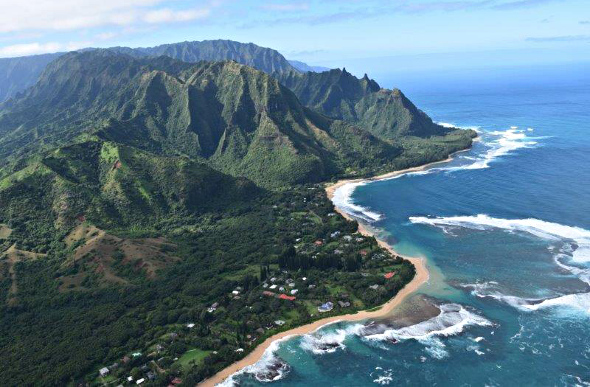 Kauai is a rugged and untamed island (Image: Jason Dutton-Smith)

Roads are mostly limited to the coastal areas. As it turns out, over 80 percent of Kauai cannot be accessed by land. For this reason, to get a real taste of Kauai's lush garden centre, we began our journey in the sky with a helicopter ride.

Hearing that Jack Harter Helicopters was one of the best, we booked our reservation and made our way to their offices just a few minutes' drive from the airport.

After a quick and efficient check-in, Harter's friendly staff transported us to the airport where our Hughes 500 Helicopter was waiting.

But this was not just any sightseeing helicopter. The zippy-looking, five-passenger Hughes 500 was perfectly suited for photography enthusiasts for one simple reason: it had no doors! 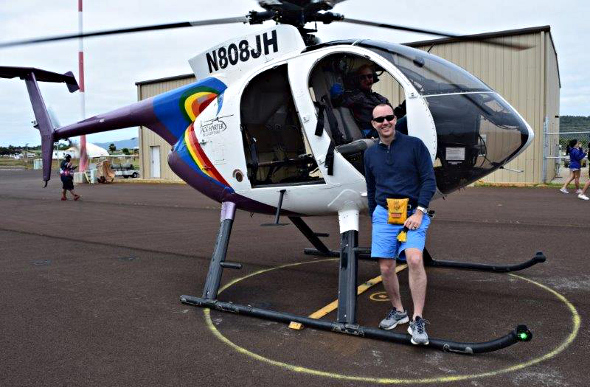 5 Surprising Things I Learned About Hawaii

The pilot harnessed us into our seats and up, up and away we went. With the wind in our hair and headphones to listen to the pilot's fascinating sightseeing commentary, we were ready for an unforgettable rendezvous with Kauai's clifftops, volcanoes, waterfalls and canyons.

From our flying perch Kauai was laid out before us like some untouched Eden just waiting to be explored. The landscape had been torn apart by the earth's twisting and buckling, leaving behind spectacular clifftops, soaring mountains and stunning canyon fissures.

Nothing could quite prepare us for the exhilarating ride. Flying low along the coast line, reaching new heights over towering ridges that flanked the spectacular Weimea Canyon was just the beginning. Waterfalls, wildlife, whales breaching over the water and more incredible sights overwhelmed the senses. 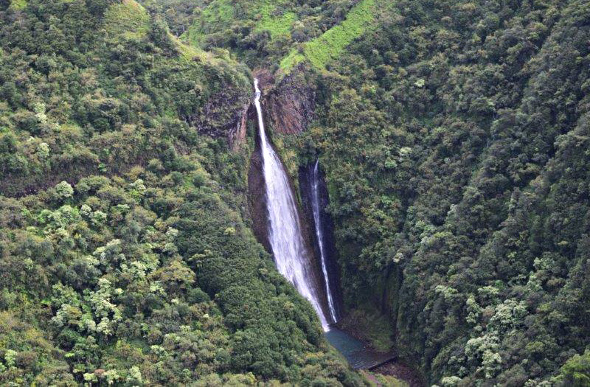 One of the many highlights was hovering above the empty core of a volcano, slowly descending inside before hovering to witness a waterfall dropping hundreds of feet to the ground below.

While the main island of Oahu has countless attractions, the natural beauty of Kauai is hard to resist. And at just a short 40-minute flight from Oahu's Honolulu Airport, this natural island paradise is a must-add to any Hawaiian getaway.

Amazing open door helicopter flight over Kauai, Hawaii this morning. What an incredible island. Filled with waterfalls, canyons and towering mountains sliding into the ocean (with breaching whales everywhere).