It's not often we get to sit down with someone so close to the source and pick their brain. Avid climber and experienced guide, Kenton Cool recently chatted to Gemma Bowes on what he loves so much about Kathmandu, Nepal. Surprisingly it's not just the excellent climbing opportunities and gorgeous views that have Kenton raving about this adventure destination.

Here's what Kenton had to say:

For me, Kathmandu is the start of something special.

Almost every expedition to Nepal, to Everest and Annapurna, starts and finishes there. It has an energetic feel. People are excited: they’re either going on the trip of a lifetime or coming back from one. I’ve been going to Nepal since 1995, climbing and guiding, probably 30 times in all, and have summited Everest 11 times, so I’ve spent months of my life in Kathmandu.

Nearly all tourists go for the Himalayas then leave the city quickly after.

But you have to explore beyond the tourist area, Thamel, and see sensational world heritage religious sites such as the Boudha stupa and Patan Durbar Square, which has the old Malla palace and jawdropping architecture. 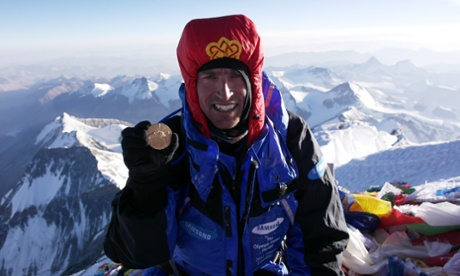 For great views, take a cab at 4am out to Nagarkot.Hike the little hill to watch the sun rise over the Himalayas, then have breakfast in the nearest village. Or spend a day hiking at Shivapuri for clean air, mountainbiking and nice trails with views down to the valley floor.

Kathmandu can be a party town.

If I’ve just guided a client to the top of Everest, hair can be let down. But the city still suffers a throwback to the Maoist insurgency, which finished about nine years ago, when there were curfews. Most bars still shut at 9.30-10pm, except for Sam’s Bar, a late-night drinking place that’s popular with climbers.

There are outrageous stories about some of the bars where shutters get pulled down and there are lock-ins. I’ve also had some great drinking sessions in authentic Nepalese back-alley bars, where beers are a tenth of the price and no one can speak English, having an absolute riot with the locals.

Trek leaders can direct you where to go. But it’s also great to just sit in a rooftop bar having a beer and see huge snowcapped mountains turning red as the sun goes down.

Food in the city can be sensational.

The Summit Hotel is a nice place to stay and has a great Friday night barbecue, a meat feast of yak burgers and spare ribs popular with expat charity workers, UN and Unicef people. It’s a cosmopolitan, fun social scene.

Fire and Ice does amazing pizza, Café Soma is oriented towards locals and good for coffee. For utterly delicious traditional food such as dhal, curries, momos (Nepalese dumplings) and delicately fried fritters, try the Nepali restaurant in Dwarika’s hotel, which has stunning architecture and intricate wood carvings. 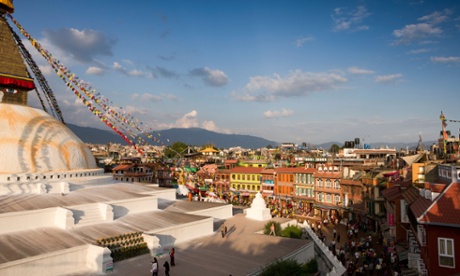 Thamel has become more edgy since the insurgency

Nepal pretty much collapsed into civil war; there were a lot of terrible crimes and atrocities, and this affected the innocence of the people. Perhaps they became bolder, and weren’t so scared of walking up to foreigners to demand cash or a camera.

Kathmandu makes the top five for veggies. A Guide To The Top 5 Cities For Veggie Voyagers

Here are some options for the intrepid traveller. Intrepid: It’s A State of Mind

In late March and early April there’s a real spark.

This is when some of the best climbers in the world arrive. You can walk down the street and spot people such as Reinhold Messner, Ueli Steck, Simone Moro and Dave Morton. And also the Sherpa climbers like Apa Sherpa, who has 21 Everest summits – the world record. I hang out with friends who are guides and climbers, who I only ever see in Kathmandu. We talk about what’s happening politically, but mainly about who’s got married, had children, who’s sadly passed away. 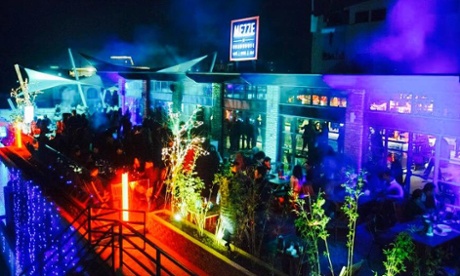 New Road, near the bus station, has lots of little vendors.

It’s chaos: no one knows which bus they’re supposed to be on or when it leaves, but I remember a breakfast with locals, at 5:30am, of sweet chai stewed to hell under a horrible milk crust, with flatbread and rice probably leftover from the night before – yet all delicious.

I eat on the street and eat everything given to me, but I don’t advise clients to do that. If you’ve invested time and money in an expedition, you don’t want to get sick for a month. I don’t get sick any more but when I first went to the Himalayas I was once so ill I passed out and woke up in a feverish state, covered in, well, everything that comes out of every orifice.

I’ve experienced death on the mountain.

When Iñaki [Ochoa de Olza] died on Annapurna in 2008 we spent an afternoon in a bar called the Roadhouse, to raise a glass to him and reminisce. There were a few tears, we recited stories then went home. It’s strange when I come home to Gloucestershire after something like that. 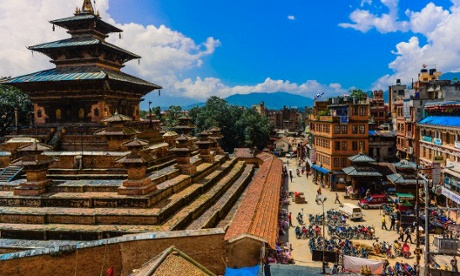 I always bring back things for my children.

Trinkets that fall to pieces, copper bangles, necklaces with turquoise, inlaid backgammon and chess sets, pashminas … it’s always worth haggling as prices are massively inflated. You can’t really offend traders by going too low. I haven’t taken my family to the Himalayas yet – the children are too young to go trekking – but I’ll take them to the foothills to meet my Sherpa friends.

Kathmandu is a very poor city in one of the poorest countries in Asia.

When I think of it I picture dust, pollution and chaos. But there are things that are wonderful within that chaos. It’s an ancient city and you have to peel away the skin of the onion to see what it used to be like.

Kenton Cool offers one-on-one high-end guiding in the Himalayas, and runs a guiding company based in Chamonix called Dream Guides. His personal challenges for 2015 are K2 in Pakistan, and Kanchenchunga in eastern Nepal.

This article was written by Interview by Gemma Bowes from The Guardian and was legally licensed through the NewsCred publisher network.

Gemma Bowes is the editor of the Travel section of the Guardian.
more articles from this author