For pint-sized travellers, London is a picture book brought to life on a grand scale. There’s a bona fide castle, princes and princesses (and a Queen!), creepy mummies, Monopoly landmarks and lots of rolling green spaces to tumble along or kick a ball. As an 11-year-old visiting London for the first time, I was thrilled to see historic landmarks I’d only known through books, and while some famous attractions didn’t quite live up to my expectations (Piccadilly Circus is not really a circus?), the endless opportunities and busyness of London is well worth the family trip. At any time of the year, families will find dedicated kids’ events, including outdoor ice skating, children’s theatre, multicultural festivals and more. Here are some things to do in London for the whole family.

Kids will be wowed to see London’s famous sights up close. Don’t miss the Changing of the Guard at Buckingham Palace at 11.30am on odd or even dates depending on the month.

For more royal London, take a free Yeoman Warder tour of the Tower of London to hear its gruesome history and see the Crown Jewels.

Kids of all ages will also want to board the Hogwarts Express at Warner Bros Studios near Watford to see the Harry Potter movie sets. Soccer-mad youngsters can take a behind-the-scenes look at Stamford Bridge with a Chelsea FC Stadium Tour, where they can also test their boot skills.

If the littlies are dragging their feet around the attractions of Westminster, treat them to a sky-high view from the London Eye at South Bank instead.

Ride the London Eye for incredible views of the city

London in summer is a glorious time, as locals take to the many parks and green spaces to enjoy the sunshine. Daylight saving means it’s still light outside at 10pm in midsummer, which is a novelty for littlies up past their bedtime.

Visiting a park is a great way to break up a day of sightseeing and allow kids to burn some energy. Close to some of London’s most popular attractions, St James’ Park is ideal for a picnic and a frolic.

At Duck Island, you can watch the pelicans being fed fresh fish every afternoon at 2.30pm. Diana, Princess of Wales’ Memorial Playground in Kensington Gardens incorporates play equipment for children of all physical abilities in an imaginative space visited by more than a million people every year. 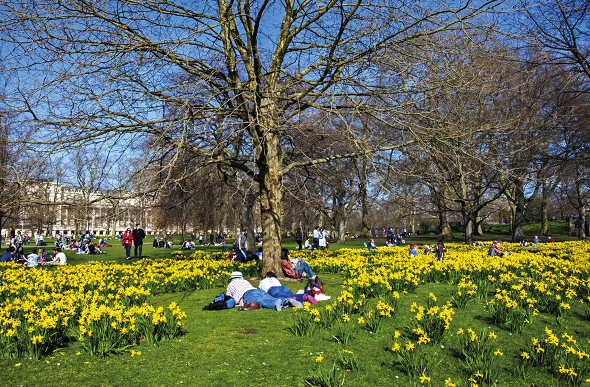 London is home to more than 300 museums and galleries, ranging from famous collections to curated curiosities, and many permanent collections are free to enter.

The British Museum is one of the world’s oldest and its drawcards include Egyptian mummies, the Rosetta Stone, Lindow Man, the Lewis chessmen and the Sutton Hoo Ship Burial.

The V&A Museum of Childhood in Bethnal Green has activity stations and a great collection of toy displays, while London Transport Museum in Covent Garden lets you drive a simulated red bus.

For dinosaur-mad kids, look no further than the Natural History Museum in Brompton – T-rex is here, along with other animatronic extinct beasties. 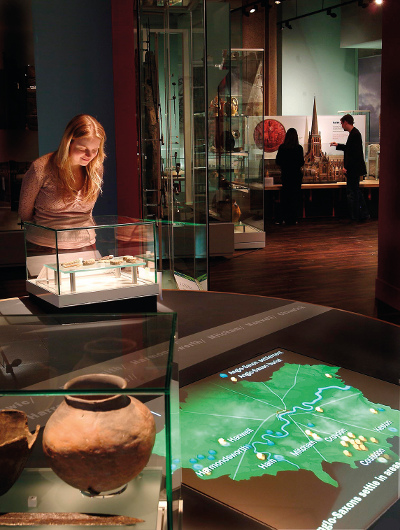 London's 300-plus museums are informative as well as entertaining

Need a break from entertaining the kids? Let someone else do it! Seeing a West End musical is a great outing for the whole family.

In 2016, some of the must-see musicals that kids and adults will love include recent favourites like Billy Elliot – The Musical and Matilda The Musical; classics, such as The Lion King and Charlie and the Chocolate Factory – The Musical; and new shows like Bend It Like Beckham The Musical, Tim Minchin’s Groundhog Day and Back to the Future.

Next year is also the 450th anniversary of the birth of the Bard, and a trip to the historic Shakespeare’s Globe in South Bank is ideal to introduce his works to a new generation.

There are ₤5 ‘groundling’ (standing) tickets, or try the popular Shakespeare Untold adapted plays for audiences aged six and up. 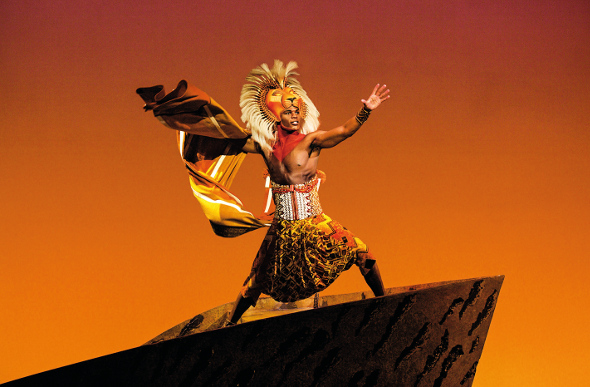 The Lion King is just one of London's world-famous musicals

An entire department store just for toys? Watch their eyes light up at the world’s oldest toy store. Established in 1760 and at its Regent Street address since 1881, Hamleys has seven floors of toys, games, dolls and more to surprise and delight kids of all ages, and was one of the first shops to create an interactive environment with enticing whirring, bleeps and hands-on fun.

Nearby Oxford Street is one of London’s most popular shopping streets and ideal for tweens and teens to get their high-street shopping fix.

Well serviced by tube stations, hop off at Oxford Circus to find the flagship stores of well-known brands including Topshop and H&M, along with Niketown. 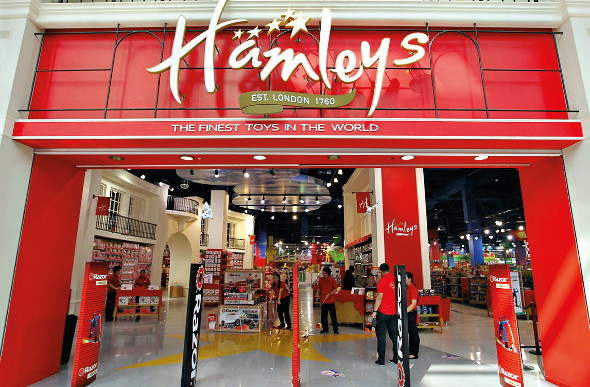 Duck into Hamleys for some toys

London is the place for portable edibles, where you can pick up tasty meals to eat on the go or buy items to pack a picnic lunch for the park.

Quick and healthy pre-packaged options are available from Marks & Spencer, Pret a Manger, supermarkets such as Tesco and Sainsbury’s, plus department store food halls.

Looking for a family-friendly indoor spot? Try the Rainforest Cafe in London’s West End, where the jungle theme will pique children's interest, from the decor to the meals. 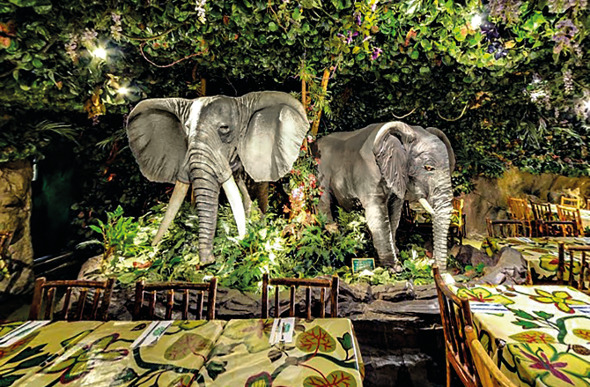 Themed restaurants in London are great for the whole family

London transport with your tribe

Packing a pram or looking after tots, tweens and teens? Here’s what you need to know about getting around London with the family.

A London Travelcard offers unlimited travel for one day or seven days. Save money by purchasing an off-peak Travelcard, depending on what zones you need to travel within during your stay. Another option is the Visitor Oyster Card, a pay-as-you-go smartcard for travel on all London public transport plus discounted rates on riverboats.

Up to four children aged from zero to 10 years can travel free when accompanied by an adult with a valid ticket. Children aged 11 years and over will require their own travel ticket. A Child Travelcard is available for kids aged 11 to 15 for reduced fares on buses and tubes. Teens over 16 years will need an adult ticket.

The actual Central London area is quite compact and easy to get around on foot. You can walk from Trafalgar Square to Covent Garden in under 10 minutes. Most of the major attractions are located in Zone 1, so pick up a street map to navigate your way around.

If you are travelling to other areas of London, the tube is the fastest and most convenient way to get around, with a tube every few minutes around Zone 1. Avoid peak hours before 9:30am and between 5 to 7pm though, when the commuter crush will make it difficult to keep your brood together or fit a stroller inside the carriage. Most tube stations have lifts or escalators – look for the wheelchair sign on the tube map for accessibility.

Another cheap and easy transport option is the bus, and kids will get a kick out of seeing the sights on the iconic red buses. There are over 700 bus routes that service all areas of London. While slower than the tube, each bus has priority seating plus space for a stroller.