While you were doing that bizarre horse-riding dance move of Gangnam Style, you may have wondered vaguely (a) why you were doing it and (b) what Gangnam style is, anyway?

If you hear screaming, it won’t be because of the price tags, that’s the girl gangs tailing the sparkly-clean K-Pop boyband or Hallyu (Korean Wave) screen stars as they strut through their neighbourhood. 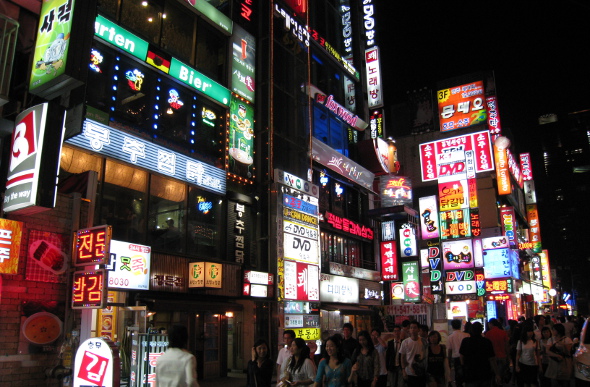 The colours of night in Gangam (Image: Wikipedia)

If you fancy chasing a K-Pop boyband, soak up their vibes at SM Town, which opened recently in the massive Coex Mall, also in Gangnam.

Record a pop song, shop the celebrity merchandise, eat desserts designed by Hallyu stars and live the moment in the country’s first hologram theatre for holographic and live performances. 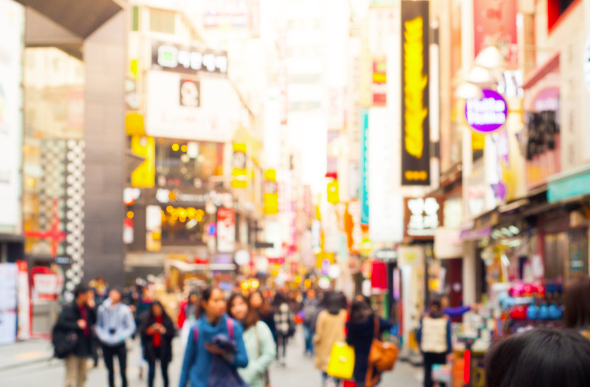 Shopping in Myeong-dong can often feel like a blur (Image: Getty)

Eventually, all foreigners end up at Seoul’s Insa-dong – yes, it’s touristy, but it’s a one-stop showcase of beautiful Korean design, at easy prices.

Surprisingly, it’s not Seoul that’s setting the mega-shopping records: Busan is Korea’s second city, two and a half hours by train from Seoul, and home to the recently opened Shinsegae Centum City.

It’s the world’s biggest department store, as recognised by the Guinness Book of World Records.

Snack on hotteok. Order mandu. Or choose the bulgogi. But before you can even begin, you have to start with the foundation stone of Korean cuisine, kimchi. It is a side dish of vegetables, such as cabbage or white radish, fermented in shrimp sauce, garlic, ginger and chilli.

So, the only Korean dish you know is bibimbap? That’s a fine start. It literally means ‘mixed meal’ and comprises of pickled cucumber and carrot, seasoned seaweed, wafers of tender beef, rice and an egg on top. 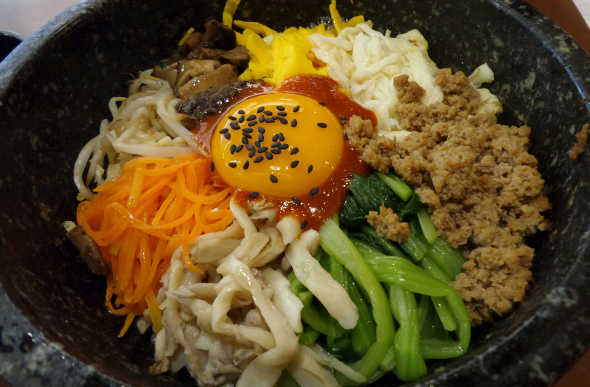 Go to the old city of Jeonju, two and a half hours by rail south of Seoul. It is the birthplace of bibimbap and has a bibimbap museum. Do a taste test at the two most famous bibimbap restaurants, Gogung and Gajok Hwegwan.

Further south, Jagalchi Market, in the port city of Busan, is Korea’s largest seafood market. Roll your sleeves up and get amongst it to pick out the freshest seafood and have it prepared before your eyes.

“The variety of fish cakes served as street food is incredibly delicious,” says MasterChef finalist Amina Elshafei. “Hotteok has to be my favourite street food in Korea,” she says. “The texture of the slightly chewy pancake filled with brown sugar, peanuts, and sometimes seeds fried until golden, is an absolute treat.” 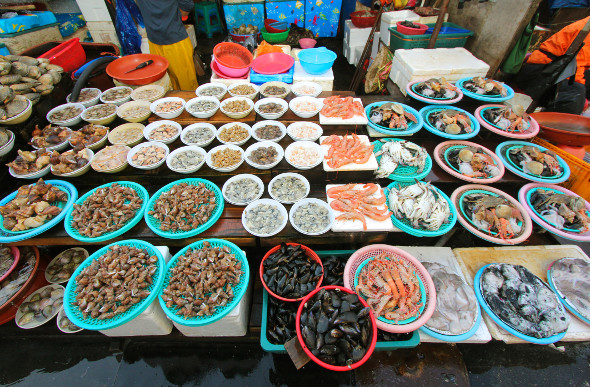 Off the street, and into the country’s fine dining rooms, the buzz is about Jung Sik Yim for his youthful, punchy take on modern Korean food. His restaurant, Jung Sik Dang, was recently named in Asia’s top 10 by the prestigious annual World’s 50 Best Restaurants.

When Koreans let their hair down, they go to town. Expect massive steins of Hite beer in salaryman’s bars – look for the sign advertising ‘hofs’.

But the drink on everyone’s lips is soju, a fermented wine. Hit hip Hongdae, Seoul’s most happening student suburb, to put it all to the test in the tiny bars, jazz rooms and clubs.

Visit your local Flight Centre store or call 131 600 for more advice and the latest deals on travelling to South Korea.