William Patino is a talented landscape photographer from Wollongong, Australia. Flight Centre recently hooked Will up with the keys to self-drive New Zealand’s spectacular South Island. His first time in this part of the world, Will was pleasantly caught off-guard by the region’s immense beauty, which was naturally a delight to photograph.

Starting and finishing the 18-day drive in Christchurch, Will and his wife made it as far down the coast at the Catlins in the south, then headed west to Milford Sound before beginning their journey back north through Wanaka and Tekapo, then onto Aoraki and Kaikoura before making the full circle back to Christchurch. The best part of the self-drive was “being able to stop wherever we felt like along the way," says Will. 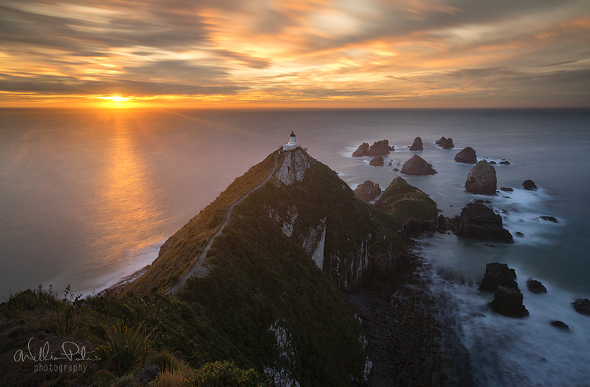 "The whole trip contained moments of excitement, but spending the morning at Nugget Point lighthouse on top of a cliff watching the sun rise over the sea was definitely a standout.

Seeing Mount Cook for the first time was definitely a memorable moment also. I wanted to photograph the mountain, but on the first attempt the cloud was too thick. I woke up early the next morning before sunrise and began driving along Lake Pukaki. Within a few minutes I had a glorious view of Mount Cook catching the first light of the morning. The sheer size and beauty of this mountain really captivated me in a way I had not expected," Will explains. 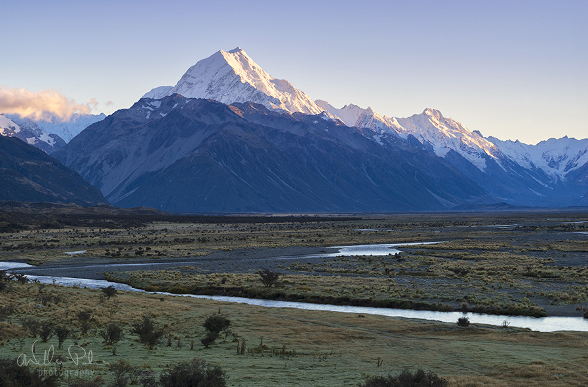 As for sorting out a place to lay their heads on the road; Will decided to wing it, booking no accommodation in advance, but coming prepared with a self made hotel/camping ground list for most major destinations. "In the morning, once we decided where to go next we could just refer to our list and book our accommodation a few hours in advance to prevent arriving in a city and wasting time searching for somewhere to stay.

I loved travelling like this as it meant we had no commitments. Some places we stayed shorter than expected and others we stayed a little longer. We usually stayed at a powered camp site, but sometimes stopped by a nice B&B. It pays to be flexible," he says. Making sure not to spend too much time on the road and not enough exploring and taking photos of the land, Will aimed to spend no more than two-three hours driving each day. 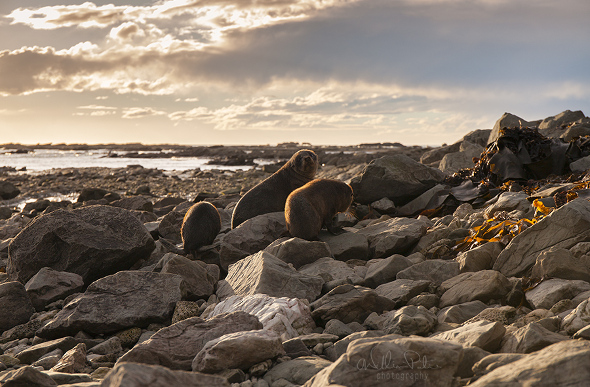 Seals by the water in Kaikoura

We asked Will if there was anywhere he would have liked to have spent more time. "As a landscape photographer, I always see so much potential in many places, but the weather and light can let me down. I could easily return to any of the locations and spend more time exploring and shooting. If there was one place in particular it would probably be Kaikoura – I saw so many photo opportunities – on the Ohau waterfall walk we saw  hundreds of baby seals swimming and playing in the wild, right underneath the waterfall. It was unlike anything I have ever seen." 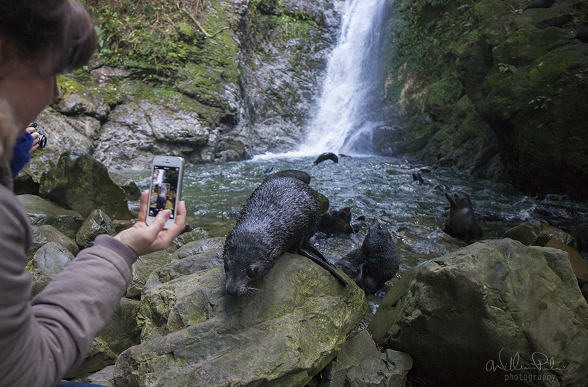 With a little one on the way, Will and his wife Renee decided to skip the bungy jumping and kayaking and stick to hiking and relaxing in the natural environment. "We stopped by Puzzling world near Wanaka, which was surprisingly fun, especially the giant maze. The gondola at Christchurch was awesome with such an epic view from the top. Cruising through Milford sound was also amazing, seeing dolphins and going underneath the giant waterfalls," says Will. 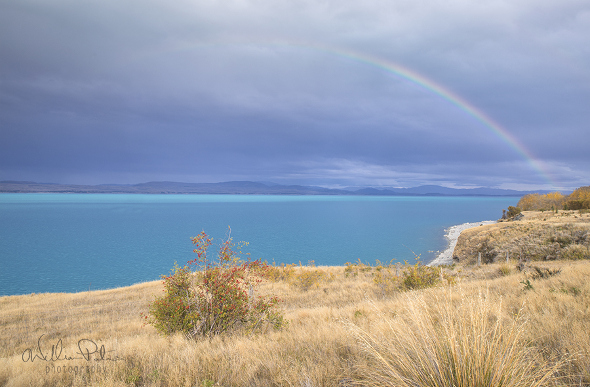 The trick to self-drive navigation without data access and the help of Google Maps when overseas? "It's incredibly easy," says Will. "We had a GPS which I uploaded the NZ maps onto, so this made everything stress free and helped prevent any arguments (laughs). But it would be fine just using an old fashioned map. There are very few main roads, so you can't really get lost. We got a local SIM for email access, which also came in handy booking our next accommodation and researching where to travel to next."