Linger in Port: City Sights Before & After Your Europe River Cruise

Linger in Port: City Sights Before & After Your Europe River Cruise

A European river cruise is a magical holiday and, for those who love Europe, the opportunity to bookend a tour with extra days is too good to pass up. Beforehand, there’s the anticipation of adventure. Post-tour, you can ride the holiday high long after you step off the ship. Whatever you do, don’t miss out on the thrill of exploring your European cities of departure and arrival. 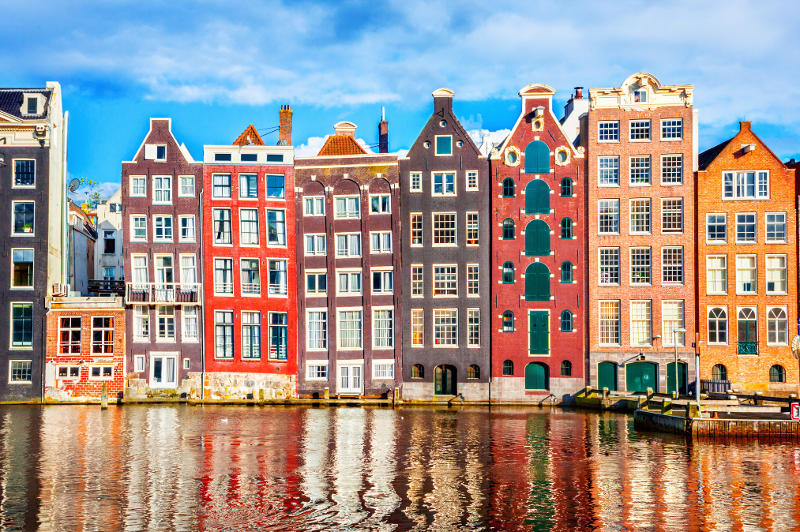 Captivating, postcard-perfect and filled with culture, Amsterdam is the starting point for many European river cruises due to its northern location. There is so much to see and do in this charming, old-world-yet-modern city. High culture can be found at the Van Gogh Museum and the impressive Rijksmuseumn, where you’ll be able to see the very brush strokes Vincent Van Gogh used in the creation of his Sunflowers and gaze in awe at Rembrandt’s Night Watch, which stands a majestic 3.79 metres high. Just strolling the streets is an experience in itself, with nearly 7,000 buildings dating from the 18th century or earlier. Grab some traditional poffertjes from a street stall and go for an inspiring wander.

Hire a bicycle and take a ride along the canals or in Vondelpark, a 47-hectare green space in the heart of Amsterdam. 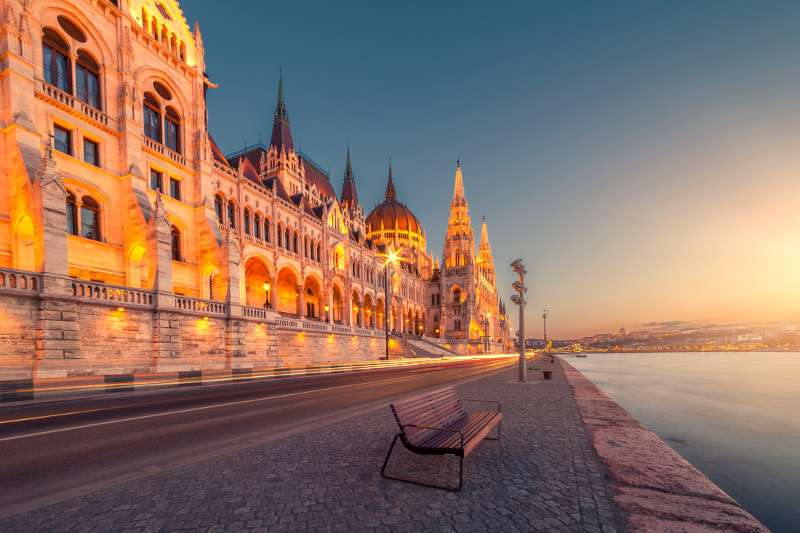 The Parliament of Hungary is the third largest Parliament building in the world. Image: Getty

Hungary’s exotic capital is bisected by the River Danube, separating the hilly Buda district with the flat Pest half of the city. Built on a land of thermal springs, Budapest is known as the ‘City of Baths’ and the Rudas Baths – with Turkish dome and octagonal pool – are a must-see for their remarkable architecture and history. While in the city, don’t miss Buda Castle Hill, a World Heritage Site. Baroque houses front onto cobblestone streets, many of which have been built on top of longstanding medieval paths. For something a little different, pick up a coffee and take a walk along Falk Miksa utca, the famous antique row of Budapest.

Walk across the Chain Bridge and up to one of Budapest’s many famous baths, to experience traditional Turkish baths dating back to the 16th and 17th centuries. 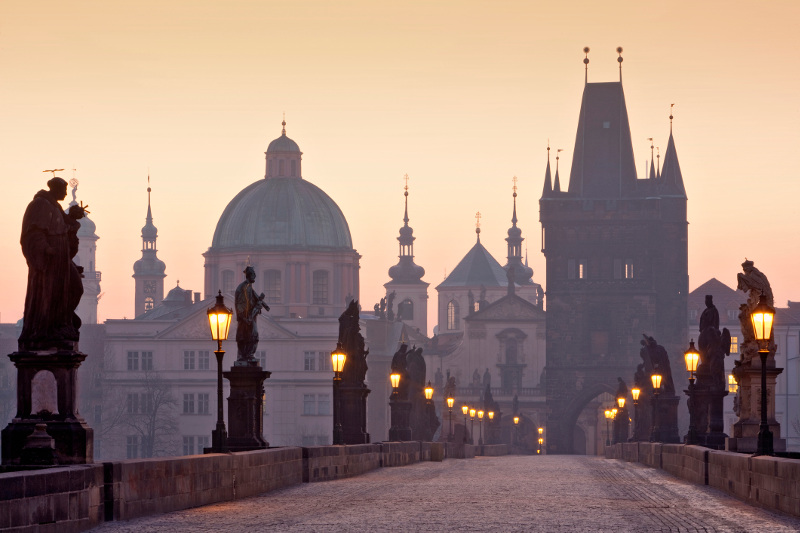 The Charles Bridge, the city’s signature stone bridge, is watched over by thirty saints. Image: Getty

If ever there was a city that perfectly embodied romantic Gothic charm, it would have to be Prague. The Charles Bridge is the poster-child of the city, both beautiful and haunting at the same time. It was commissioned by King Charles IV in 1357 and spans the Vltava River. A walk across is a must. Be sure to visit the Old Town too, with its fabulously restored Baroque architecture and impressive Astronomical Clock. The Clock has chimed since 1410 and its face includes indicators for Babylonian time and the Zodiacal ring. Vanity, Greed, Death and the Turk greet the hour. Just a few blocks from the Old Town Square you can escape the sightseers and stumble across inviting cafes and old-fashioned bars. And the beer – the Czech’s are renowned for producing some of the world’s best brews so make sure you shout yourself an ale or two.

Immerse yourself in the fairytale architecture of the Old Town, then find your way to one of the many friendly pubs and enjoy a beer. 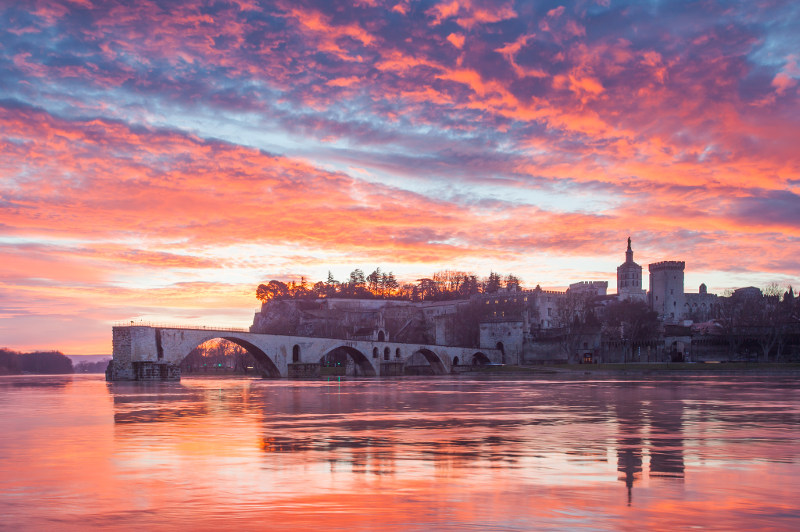 Known as the heart of Provence, Avignon was the centre of the Roman Catholic world for around 70 years in the 1300s – the legacy of which is the imposing, World Heritage-listed Palais des Papes. Today, it’s somewhat quieter, with leafy squares, great restaurants and boutique-lined streets. Except, that is, in July, when the city hosts one of the world’s greatest performing arts festivals: Festival D’Avignon. Time your European River Cruise to perfection and you could step off the dock just in time for some contemporary culture and very fine wine.

During the festival, anything will be fun. Other times, explore the Palais des Papes or take a day trip to the lovely villages of Sault, Roussillon or Gordes and discover Provence’s mesmerising lavender fields.

Visit your local Flight Centre store or call 131 600 for more advice and the latest deals on European River Cruising.