Clinging to the eastern shores of the River Mersey like a grand relic of the British Empire, the maritime city of Liverpool is steeped in history. It’s also a hotbed of football, making Liverpool the perfect place to watch an English Premier League game.

After years in the shadows of near-neighbours Manchester United, Liverpool FC has finally emerged to mount a genuine challenge for the 2013-14 Premier League title. The Reds have launched a relentless march towards a first English league crown since 1990, but they’re not the only Liverpudlians scoring goals. City rivals Everton FC are also enjoying a wildly successful campaign, making Liverpool an epicentre of English football. 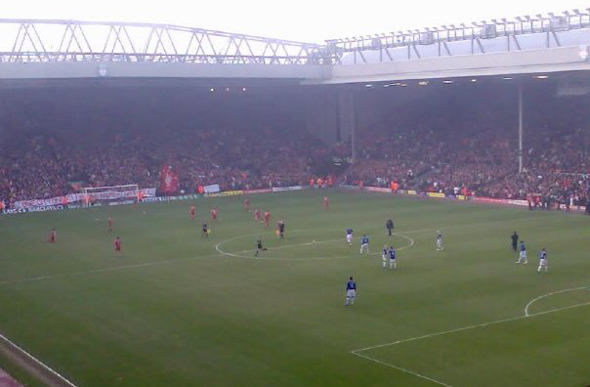 The Merseyside Derby is one of the fiercest in English football

Plenty of cities play host to passionate football derbies, but few are as unique as the Merseyside derby. Separated by the 800 metres of Stanley Park which divides the two clubs, Liverpool and Everton have eyed each other warily ever since Everton moved into their historic Goodison Park home in 1892, leaving a hastily-founded Liverpool to take up the tenancy at nearby Anfield.

Sometimes called ‘The Friendly Derby,’ the close proximity of two of England’s biggest clubs has dampened some of the ill-will. However, any notion the Merseyside Derby is not one of England’s most ferociously-contested fixtures is shattered with ear-splitting intensity the second the two sides step onto the pitch.

More than a million foreign visitors are expected to attend an English Premier League match during the 2013-14 season, making a visit to a top-flight stadium a rite of passage for football fans the world over. And with derbies comprising some of the Premier League’s most famous fixtures, it’s little wonder they’re a hot-ticket item.

“Any derby is worth attending in British football – the incredible atmosphere before during and after the game, the rivalry of families and friends, the hunger of the players on the field to win and how it makes the city come even more alive, makes viewing a derby unmissable,” explains Mark Haynes of Visit Britain.

And with Liverpool playing host to two of the most iconic football grounds in the country, it’s the perfect place to begin a football odyssey. Everton’s creaking Goodison Park is a throwback to yesteryear and holds a touch over 40,000 spectators, while Liverpool’s legendary Anfield is no less historic and accommodates some 45,000 fans packed into its famous stands. 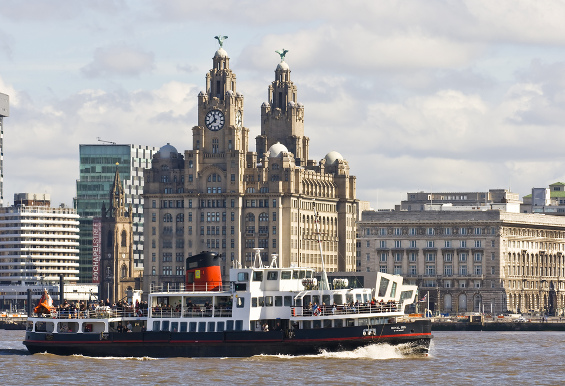 A Mersey Ferry in front of The Royal Liver

Much of Liverpool’s preeminent architecture stems from the city’s heyday as one of the British Empire’s most important ports. The Royal Liver Building rises spectacularly from its riverfront location and is arguably the most recognisable landmark from the Mersey, while the imposing Liverpool Town Hall is considered one of England’s finest such examples of Georgian architecture.

While the 'Three Graces' of Pier Head – of which the Royal Liver Building is one and the Cunard Building and Port of Liverpool Building the other two – are the most obvious examples of Liverpool’s maritime architecture, nearby Albert Dock is the city’s most visited tourist attraction, with the revitalised former warehouse precinct now teeming with trendy bars and restaurants.

It would hardly be a bona fide Liverpool layover without stopping at some of the haunts frequented by the city’s most beloved band. The Beatles are synonymous with Liverpool after starting life in the city in the late 1950s, and a rebuilt Cavern Club is a popular stop on Beatles tours, which also make trips to Penny Lane and the gates of Strawberry Field.

The Beatles may loom large over a city with long-standing musical links, yet few bands better summed up Liverpool life than Gerry And The Pacemakers. Their hit single “Ferry Cross The Mersey” still rings out on boat rides to Birkenhead, but it’s their rendition of “You’ll Never Walk Alone” which football fans are most familiar with. It’s sung with spine-tingling reverence by Liverpool supporters ahead of every home game, marking an awe-inspiring introduction to one of England's most passionate football towns.