This month marked 50 years since the death penalty was abolished in Britain, altering the scope of criminal punishment forever.

In recognition of this monumental anniversary, we've tracked down the capital's most notorious public execution sites including past prisons, bloodied public squares and unassuming villages.

Tyburn was synonymous with public executions for almost 600 years. A mere village in 1196, when the first took place there, the site is now close to Marble Arch, one of central London’s busiest corners.

A stone memorial can be seen on the pavement marking the spot where the Tyburn Tree, its distinctive three-sided gallows, once stood. Oliver Cromwell's exhumed body was, symbolically, hung at Tyburn in 1661. 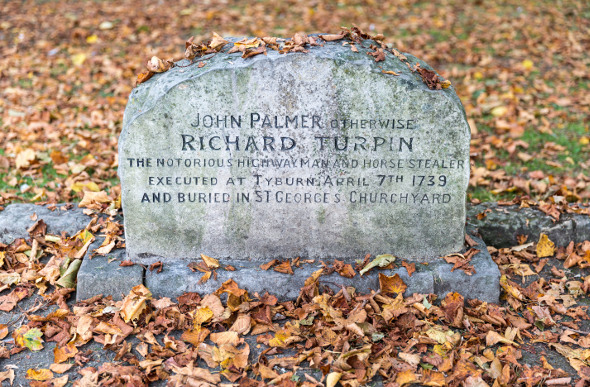 Tyburn was the end of the road for this highwayman

The prison, whose former inmates include Casanova, William Kidd and Daniel Defoe – was demolished in 1904. The Old Bailey occupies the main site, but head to the church of St Sepulchre-without-Newgate to see the old jail’s execution bell, Amen Court, which is home to a surviving wall, or The Viaduct Tavern, where five former cells of a neighbouring lock-up are visible in the basement.

Just a handful of prisoners were actually executed inside the grounds of the Tower . They include Anne Boleyn, Lady Jane Grey and Robert Devereux, all of whom were given the chop on Tower Green – a memorial marks the spot (though there is now doubt that this is actually the exact site of the executions).

Far more met their demise on Tower Hill, in full gaze of the public, including Thomas Cromwell and Sir Thomas More. Today, the site of the scaffold is laid out as a memorial garden. The Hung Drawn & Quartered pub, on Great Tower St, would make a suitable spot for last orders. 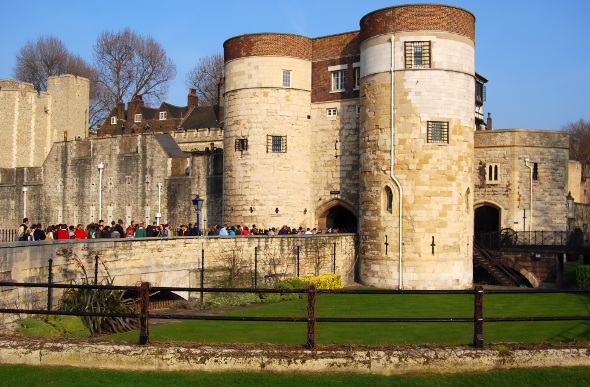 Anne Boleyn would not have had to queue

London’s largest public square has played host to a clutch of gruesome endings. Among them was Lord William Russell, convicted of plotting to kill Charles II. Jack Ketch, somewhat notorious for his lack of skill with the executioner’s axe, was given the job. The first blow led Russell to cry: “You dog, did I give you 10 guineas to use me so inhumanely?" – three further swipes were needed to dismember him.

Ketch repeated the trick with the beheading of James Scott, 1st Duke of Monmouth (at Tower Hill), when it took him five chops to remove the head.

Others killed at Smithfield include Wat Tyler (cut down by the Mayor of London), John Badby (burned in a barrel) and Richard Rouse (boiled to death).

See the city's royal side. 10 Best Royal Attractions In London

Find a quiet corner in the busy city. 10 Best Parks And Gardens In London

Just a handful have been executed in the shadow of London’s finest cathedral, including Henry Garnet, convicted of complicity in the Gunpowder Plot. Though sentenced to be hung, drawn and quartered, sympathetic onlookers reportedly pulled on the priest’s legs to end the ordeal early.

The exact spot of the execution is not known. Get your fix of the macabre by inspecting the final resting places of Nelson, Wellington, Wren et al in the cathedral and its crypt. 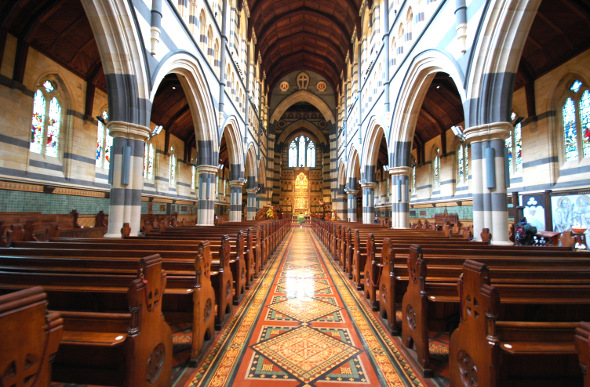 Get your fix of macabre in St Paul's

Charles I lost his head on a temporary gallows erected outside Banqueting House on Whitehall. A bust of the former king marks the spot. Banqueting House, the only surviving part of the Palace of Whitehall, can be visited for a shade more than a fiver.

Refresh yourself at The Old Shades - a characterful little Victorian pub clad in wood and with real ales behind the bar.

Site of the final Eleanor Cross, inexplicably torn down in the 17th century (before the Victorians built the replica), this spot traditionally marks the centre of London and was once the location for all manner of public brutality.

Alongside the statue of Charles I once stood a pillory, where ne'er-do-wells were flogged. Executions also took place, including those of several of the regicides of the beheaded king.

Samuel Pepys, the diarist, recalls the carnival atmosphere that the square once had, with street entertainers and numerous taverns (such as the Golden Cross, which features in David Copperfield and The Pickwick Papers) attracting a boisterous crowd. 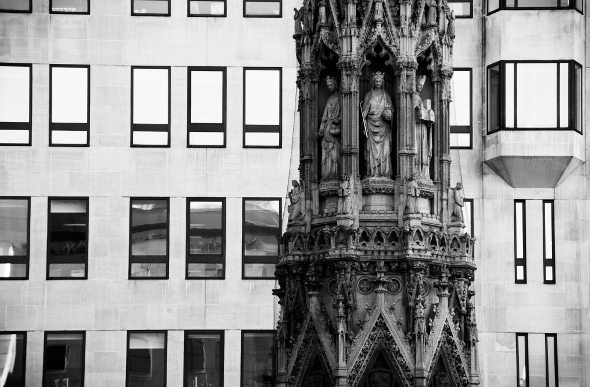 What would King Charles have made of it all?

The grounds in front of the Palace of Westminster was where Guy Fawkes met his end in 1606 – symbolically, opposite the building he had tried to destroy.

Sir Walter Raleigh joined him 12 years later, and took it with aplomb, his final words being a somewhat impatient: "Strike, man, strike!"

South London’s equivalent to Tyburn were the Surrey Gallows, which stood on the site of St Mark’s Church, close to Oval underground station. Records suggest at least 129 men and 12 women were sent to meet their maker here, including a number of Jacobites and highway robbers.

Oliver Smith is the Telegraph's Digital Travel Editor. His favourite holiday destinations are Cornwall, Greece and Italy. The best part of his job is compiling the Sign Language gallery.
more articles from this author