Los Angeles: Get Your Comedy On

Los Angeles: Get Your Comedy On

Before they become marquee movie star names, many of Hollywood's biggest comedic stars cut their teeth on LA's famous improv stages. Improvised comedy, unlike the written and rehearsed forms of sketch or stand up, is created in the moment, usually off an audience suggestion. Performers need to be imaginative, quick witted and have some acting chops to perform scenes and longer narratives. Knowing they're making it all up on the spot adds to the excitement and energy in the room and when it's done well, it can be hard to believe it wasn't scripted. But that's the true skill of improvisors and Los Angeles has become a mecca for the world's best. On any given night, from late afternoon through to midnight, you can catch live improvised comedy, meaning you've got a pretty good chance to see on stage the next Melissa McCarthy or Will Ferrell. 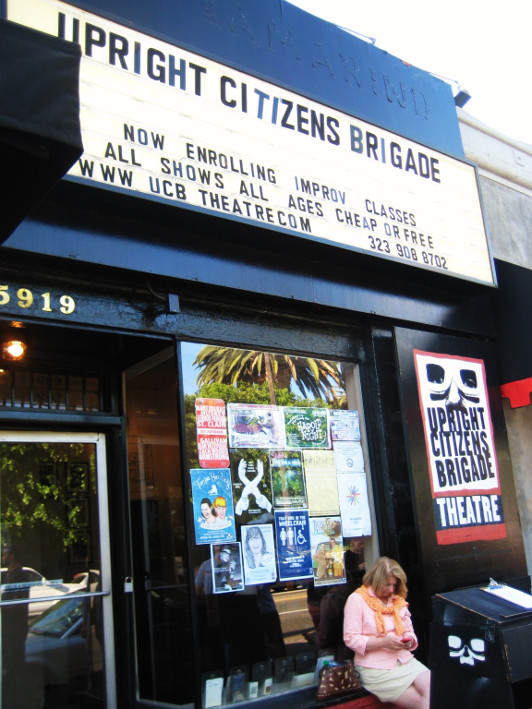 UCB Franklin is a staple on the LA comedy scene. (Image: Joanne Brookfield)

Started by Parks and Recreation star Amy Poehler, alongside Ian Roberts, Matt Walsh and Matt Besser, The Upright Citizens Brigade Theatre (UCB) first opened in New York back in the 1990s. Focusing mainly on “improv”, they opened their first theatre on the West Coast a decade ago in Franklin Village, a neighbourhood nestled beneath the famous Hollywood sign at the foot of the Hollywood Hills. Located on a lively little hipster-strip on Franklin Ave, between Tamarind and Bronson Avenues, UCB run several shows a night, seven nights a week. The shows, which cover improv, sketch and stand up, are exceptional value, ranging between $5 and $10, with some even being free. Don’t make the mistake of thinking price reflects quality though. You’re going to see some top-class comedy and locals already know it, which is why block-long queues are a permanent part of the scenery for the el fresco diners of the many eateries along the block.

Not only have UCB shows been consistently popular, so too have been their training courses for comedy performers and writers. To meet demand for both, UCB have opened a second venue on Sunset Boulevard. Taking two years to complete, the new double-level venue features offices, recording studios, classrooms and, importantly for their adoring audiences, not one but two theatres plus bar and cafe space. Big names drop in to try out new material or play with other improvisors, and with prices being the same as the Franklin venue, you can treat yourself to a few shows in the one night. 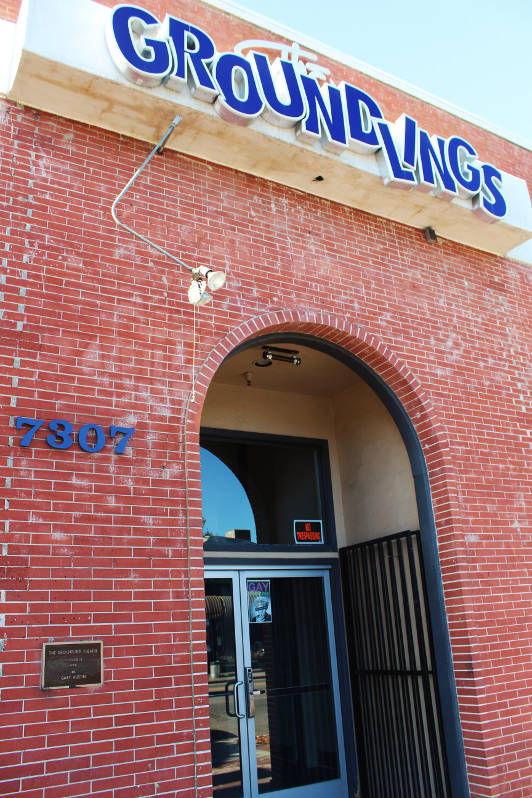 The Groundlings theatre and school has has many Hollywood stars perform on its stage. (Image: Joanne Brookfield)

A ten minute drive across town from UCB is another world-famous comedy institution. For over 40 years now, The Groundlings theatre on Melrose has been spitting out the big-names. Will Ferrell, Kristen Wiig, Lisa Kudrow, Maya Rudolph, Kathy Griffin are just a few examples of stars who have trained and performed there, so it should come as no surprise the Groundlings style of improv focuses on character work. It has a higher price point for shows ($10-$20), but they run longer (usually 90 minutes plus interval) and Groundlings performers aren’t allowed on stage until they’ve had at least a few years training there, and need to pass auditions for the tightly-held cast positions, ensuring a consistently high standard.

Fans of Tina Fey and Steve Carrell will be familiar with Second City, as they often sing the praises of the impro school that first opened in Chicago more than 50 years ago. Stephen Colbert, Bill Murray, Mike Myers, Joan Rivers and many more also went through Second City, which also runs in Toronto and LA. Their Hollywood Studio Theatre has a large stage on the second floor at 6560 Hollywood Blvd, where the focus is on sketch and scripted shows and happens seven nights a week.

Famous for its long-form improvisation, iO West also has its origins in Chicago but has now also found a home on Hollywood Boulevard. It's a laid-back space, with three theatres and a bar for pre- and post-show drinks. Unlike other venues, where you need to book in advance or wait in line, you can turn up and check out a show at random.

From Antarctica to America, Croatia to Canberra, there's no place I won't go and best of all, plenty more destinations still on my list. I'm a professional travel writer and love my job. You can read more about my adventures at www.facebook.com/JBVillage
more articles from this author