Make Utah the Star of Your US Trip

Make Utah the Star of Your US Trip

Utah might not be on the radar for many Aussies travelling to the United States, but it should be. With snowy peaks, dramatic deserts, adventurous activities and fine dining, you’d be crazy not to incorporate it into your US holiday – or even make it the star of the show.

A group of Flight Centre travel experts travelled to the state recently, for an itinerary that included the cultural sights of the capital, Salt Lake City, as well as the ‘adventure capital’, Moab; the ski resorts of Snowbird, Park City and Deer Valley; plus Arches, Canyonlands, Bryce Canyon and Zion national parks. Here’s what two of them had to say about this enthralling corner of the US.

Who goes there: I’d say it’s for the adventurer and explorer – that encompasses pretty much any age. There’s skiing and snowboarding, trekking and hikes, it’s a fantastic place. Utah is also fantastic for people who like doing road trips – the scenery you see in Utah is like something out of a movie. 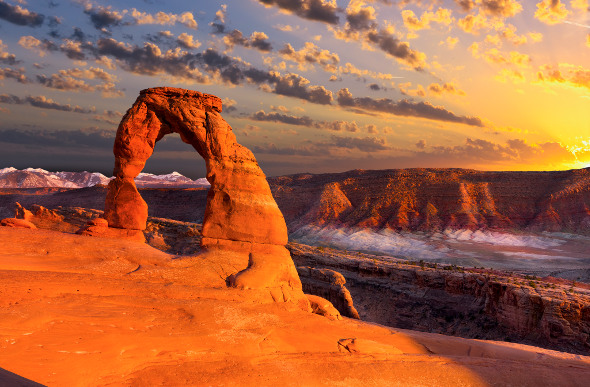 Make it the star of the show: I’d fly into Salt Lake City, pick up a hire car, pick up my ski gear and stay at the different ski resorts for five or six days. Then I’d drive down to the different national parks for a few nights. In Arches National Park, don’t miss Delicate Arch – a 20-metre arch that looks like something out of Return of the Jedi – as well as Angel’s Landing, a 400-metre rock formation, in Zion National Park. From there I’d drive to Las Vegas for five nights. In Vegas, I’d go and see some of the shows, like Cirque du Soleil. Then I’d drive to Los Angeles – I’d go to Disneyland and Disney California Adventure Park for a couple of days. I’d go see Hollywood. I’d drop my car off in LA, then fly to Hawaii. I’d spend five nights in Hawaii on the beach and from there I’d fly from Hawaii back home.

Ski behemoth: The One, The Only, Park City

Highlights: The food – especially Tupelo in Park City, and Fireside Dining at Deer Valley Resort; powder days at Snowbird; and the national parks.

Who goes there: Someone who is outdoorsy and who likes to shred on the mountains. I’ve never been in powder like that in my life. But there’s a heap of culture, as well. In the southern part, like Moab, there’s a big triathlon, there are heaps of good trails you can bike ride, and Park City has summer bike trails. 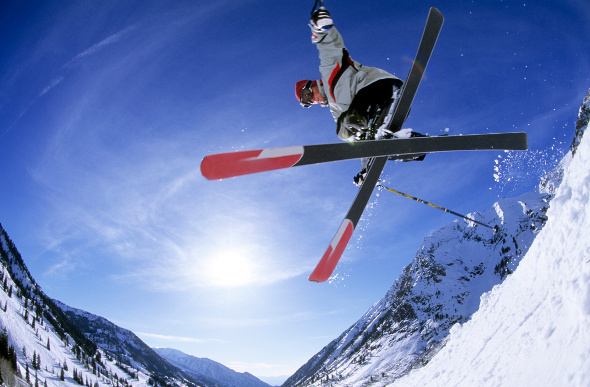 Get ready to shred at Snowbird. Picture: Getty Images

Make it the star of your show: I’d fly into San Francisco and go to Yellowstone National Park – go see Yogi Bear. Then I’d drive down south into Utah and stay in Salt Lake City a couple of nights. If you’re a keen skier, go to Snowbird straight away. Then head down south into the national parks. We did the national parks in three days, but doing that at a slower pace would be absolutely ideal, maybe five to 10 nights – a minimum of a day per park. Then I’d finish up in Vegas. Or you could do it the other way around. It’s an easy 15-day trip.