Anzac Day is a time to commemorate the Australians and New Zealanders who fought at Gallipoli, and who have served in conflicts and peacekeeping operations around the world. For some, it is also a time to reflect on the history of war. Here are some poignant places around the world where wartime memories linger on, and where it is possible to tour the battlefields, monuments and relics from World War I, World War II, the Vietnam War and more. 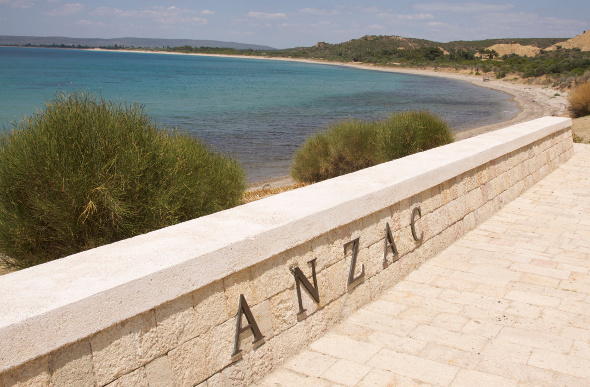 On April 25, 1915, the Australian New Zealand and Army Corps landed on the beaches at Anzac Cove in Gallipoli, forming a binding friendship and setting the scene for the birth of the Anzac Spirit. Today you can visit the World War I sites of Anzac Cove, Lone Pine Cemetery, Johnston’s Jolly (Turkish and Allied trenches and tunnels), The Nek and Chunuk Bair New Zealand memorial.

You can see them on a Gallipoli in a Day tour, part of a three-night package based in Istanbul that also includes a stay at the Ottoman Imperial, a tour of the city, a feast at a local family’s home, tea drinking and Narglie (water pipe) smoking. Or try a five-night Istanbul and Gallipoli tour, which also includes a stay at the Arena Hotel; a Byzantine heritage tour of the Saint Sophia Basilica, Roman Hippodrome, Underground Cistern and Grand Bazaar; as well as visits to Canakkale (another significant World War I site) and the ancient city of Troy. 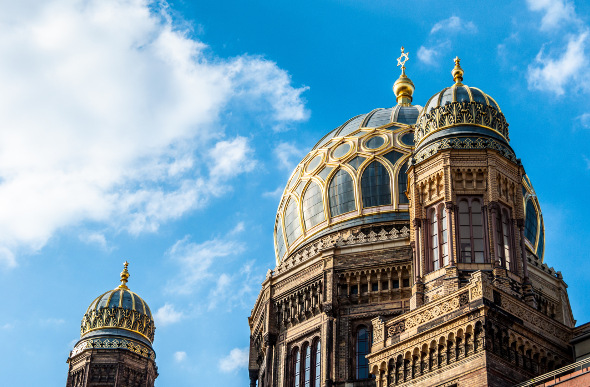 The traces of war are still evident in Germany, from Cold War sites in the capital, Berlin, to emotional places where Jewish people were sent to concentration camps in World War II. Key sights are The Story of Berlin museum, which includes an original nuclear bomb shelter from the Cold War; the Berlin Wall; and the Palace of Tears, a border crossing where East Germans said good-bye to visitors returning to West Germany.

At the New Synagogue in the Jewish Quarter, you can learn about the dark times of the Jewish population in Berlin; and the Sachsenhausen Concentration Camp is where more than 200,000 were imprisoned by the Nazis. Visit these sites and more on a four-night Hidden Berlin package, that includes a stay at the Titanic Comfort Mitte, a Hidden Berlin tour with a sample of the Berliner doughnut; a Sachsenhausen Concentration Camp tour and a Story of Berlin tour. 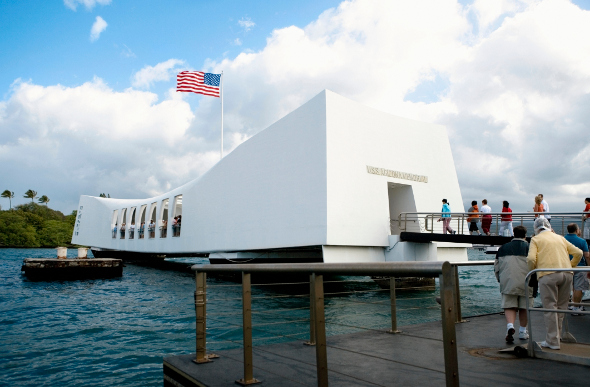 The idyllic islands of Hawaii were not immune to the ravages of war, with the Japanese bombing of Pearl Harbour bringing World War II to their door in 1941. Today, you can visit the Pearl Harbour Visitor Centre to see artefacts from the attack, as well as the USS Arizona Memorial – the USS Arizona was one of the US Navy ships sunk, killing 1,177 officers and crewmen.

You can also see the submarine USS Bowfin, the current Ford Island Navy base, the Pacific Aviation Museum and the USS Missouri battleship, which was at war in the Gulf. It’s all included in a four-night Honolulu-based Pearl Harbour, Hawaii package which, along with the Pearl Harbour Heroes Adventure tour, includes a stay at the Aqua Waikiki Pearl.

Must for Australians: Experience Anzac Day In Gallipoli 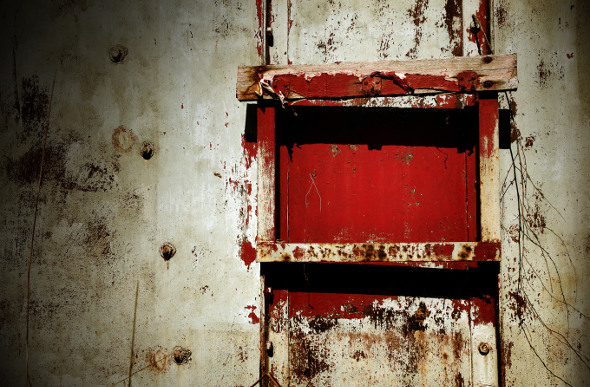 The Northern Territory capital, Darwin, is no stranger to war, having been bombed by the Japanese in 1942, during World War II, and suffering heavy losses. These days you can see original B52 bomber planes at the Aviation Heritage Centre, ammunition bunkers, and the remains of a rest camp for 100,000 military personnel just south of the city.

The East Point Military Museum has live footage of the bombing, and there are war oil storage tunnels under the city, as well as artillery observation posts to explore. You can do all this on a four-night, self-drive Top End War History tour of Darwin, which also includes four days’ car hire, stays at the Darwin Central Hotel and Ibis Styles Katherine, and a Darwin City Explorer tour. 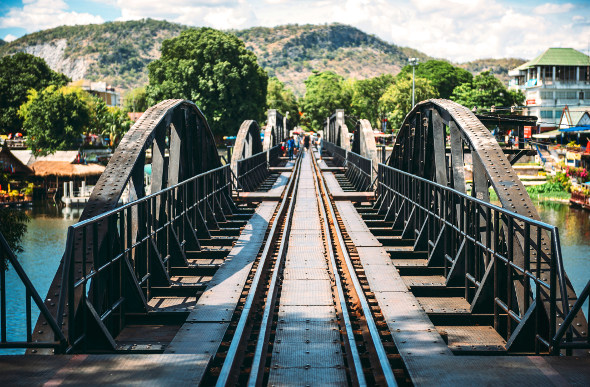 The Bridge over the River Kwai. Picture: Getty Images

The Bridge over the River Kwai in Kanchanaburi province is one of the most famous landmarks in Thailand, built by Allied Prisoners of War (PoWs) in World War II as part of the Thai-Burma Railway. You can visit the bridge by train, on the still-functioning railway; as well as the Kanchanaburi War Cemetery, where rest nearly 7,000 PoWs who died during construction; and the Thai Burma Railway Museum, which tells the story of the tragic events.

Visit these historic World War II sites on a four-night River Kwai and Grand Palace tour based in Bangkok, which also includes a stay at the Mode Sathorn Hotel, and a tour of the Grand Palace, which was home to Thai kings until the turn of the 20th Century. 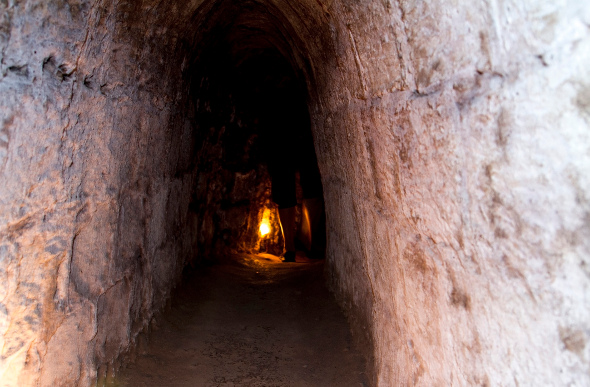 There are many significant historical sites left over from the Vietnam War, including the Cu Chi Tunnels used by the Viet Cong; Long Tan, the site of one of the largest battles fought by Australians in the war; and Nui Dat, the site of the Australian Task Force Base.

You can see them with a five-night Vietnam Wartime Memories package that also includes a stay at the Signature Saigon Boutique Hotel or the Parkroyal Saigon, a Wartime Memories Vespa tour of Ho Chi Minh City (formerly Saigon), the scene of some of the biggest military events of the war, with visits to the Rex Hotel (a hangout for officers and journalists), and the CIA Apartment House famous for its helicopter evacuation. 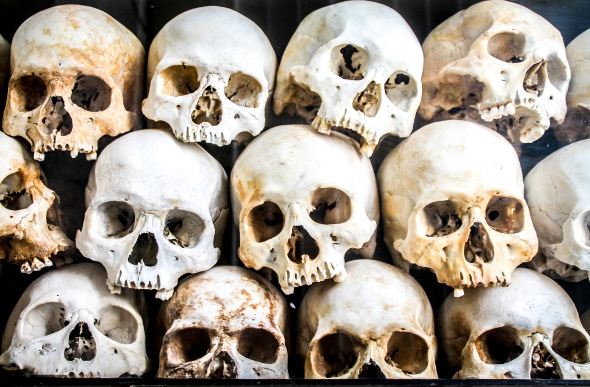 A sombre reminder of the Killing Fields. Picture: Getty Images

Cambodia has known its share of violence and destruction, with dictator Pol Pot’s regime responsible for the deaths of millions of Cambodians. Sites of significance include the Toul Sleng Genocide Museum, a former detention centre; and Choeung Ek, a former Killing Field, where detainees were slaughtered.

You can see these profoundly moving sites on a four-night Cambodian Essentials package that also includes a stay at the Juliana Hotel Phnom Penh and a Royal Palaces and Cyclo Tour visiting The Royal Palace and its Silver Pagoda, as well as the National Museum.

For more information on any of these tours, visit your local Flight Centre store or call 131 600.