When New York diner Joe Jr’s closed in 2009, having served Greenwich Villagers for 35 years, grief candles and notes of love and appreciation were placed on the pavement outside.

“It was like an old friend had passed,” says Randy Hage, describing the scene. “These wonderful establishments and the people who operate them become a part of our daily routine, our enjoyment and our lives. They are deeply missed when they are gone.”

It is this emotional attachment to New York’s streets and neighbourhoods – and to preserve their memory as the city gentrifies around them – that drives Hage’s work. 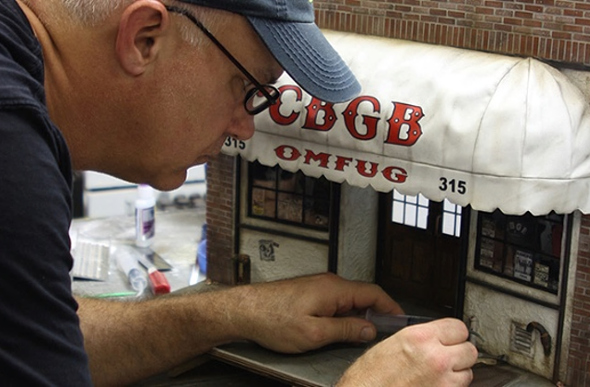 The Los Angeles artist and set designer draws on his skill as a scale model maker for the television and film industry to create miniature sculptures of New York shopfronts, all in 1/12 scale.

Hage has been visiting New York twice a year since the late 90s, when he was taken in by the “hand painted signs, weathered patinas and decay” of the the city’s “mom and pop” shops, and began photographing them.

Before long it became apparent that many shops were going bust, pushed out of business by chain stores, and the project became a way of documenting them.

“Over the past 15 years, I have photographed over 700 storefronts,” says Hage. “More than half of those have moved or have gone out of business. Through my work, I try to honour these storefronts and the people who lived in them, and served their community.”

Most of the shopfronts Hage recreates are not obvious New York tourist attractions, but many have made a strong impression on those who visited them. 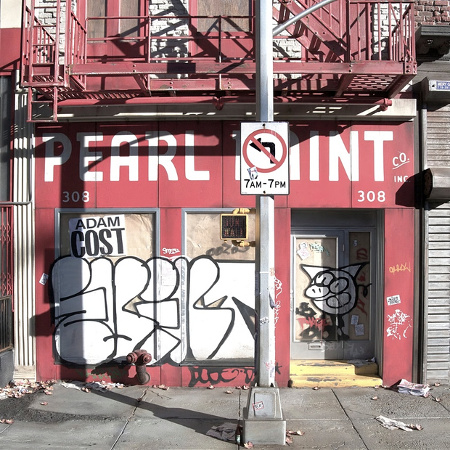 They may not be tourist attractions but they made deep impressions (Image: Randy Hage)

When Joe Jr’s, closed, film director John Waters told the Gothamist: “It was my favourite neighbourhood coffee shop and I’m mad that it’s gone and I put a curse on the owner.”

Hage understands the sentiment: “In some cases, these shops have served the people of New York for decades. They are almost like characters in the story of everyday life in the city.”

Other stores Hage has made models of include renowned punk/new wave venue CBGB, where Patti Smith, Blondie, Talking Heads and the Ramones cut their teeth, which closed in 2006; Pearl Paint, a legendary art shop that closed last year to the dismay of local artists; and ZigZag Records, which closed in 2011 after more than three decades of trading.

Images of a truly great city. Behind The Scenes In New York With Photographer Pete Rogers

Take a walk on the city side. 10 Best Walks In New York

Soul Of A City In Special Images

Fortunately, not every model Hage has created is of a business that has closed. The artist has created models of the iconic Katz’s Delicatessen, famous for its pastrami sandwich and that scene in When Harry Met Sally; and McSorley’s Old Ale House, the oldest Irish pub in the city and considered one of New York’s best watering holes.

But as tensions around gentrification in New York increase, Hage hopes his work will contribute to the discussion. 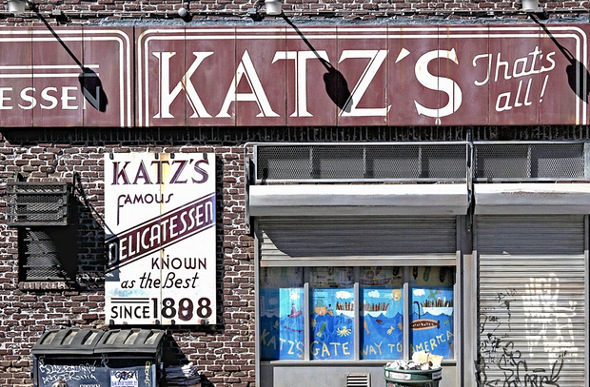 He’s certainly not the only one to capture the city’s development through shopfronts - photographers James and Karla Murray did the same in their book, the Disappearing Face of New York.

“Change is, and will always be, a constant in the city,” Hage says. “[But] I try to imagine how it would feel seeing these improvements coming to my neighbourhood, knowing that I would soon be forced to move and not benefit from these changes.”

He adds: “The soul of the city comes from its residents and their diversity. These storefronts and the diverse community that they serve are unique, and it is this quality that makes New York special.” 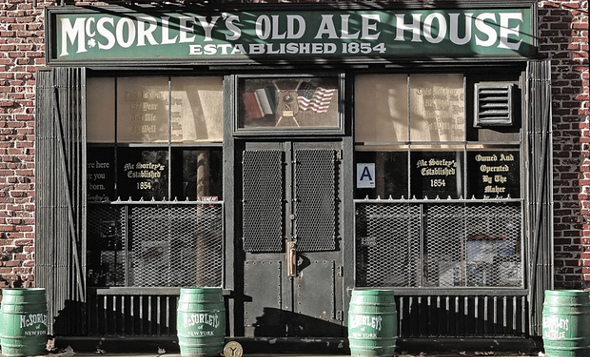