What Happens When A Town Turns Full Turtle

What Happens When A Town Turns Full Turtle

About 15 minutes from downtown Bundy, the coastal hub of Mon Repos lays out the sandy welcome mat for Loggerhead, Flatback and Green turtles each November. In the dark of night, they heave their way onto shore; and when they eventually make their way back into the deep blue, there's buried treasure left in their wake.

Come January, listen carefully and you'll hear the pitter-patter of shells cracking and tiny critters scuttling towards the ocean for the very first time. 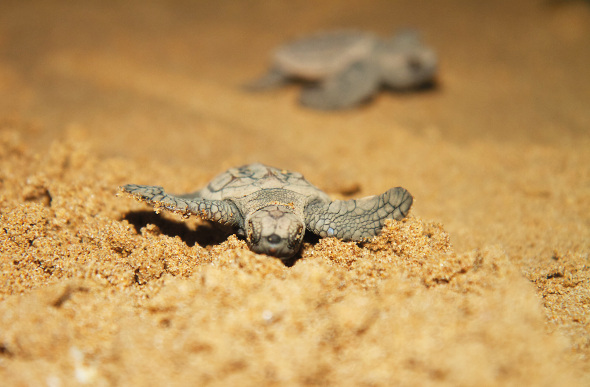 Mon Repos on Bundaberg's coast is the largest and most accessible turtle rookery in eastern mainland Australia. Thanks to conservation efforts (the area is a very well cared for National Park), turtle numbers are on the up and up.

A government initiative even sees surrounding businesses and residents 'cut the glow' – going lights-off after dark between November and January to ensure the turtles have as peaceful a nesting and hatching environment as possible.

Dedicated park rangers host nightly guided walks to the rookery in season. It's business as usual on the beach until 6pm daily, at which time swimming and sunning give way to mother nature doing what she does best. 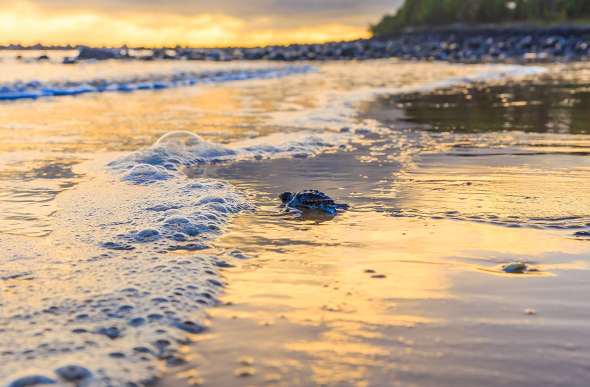 A little dude makes his way to the big blue (Image: TEQ)

It truly is a sight to behold, watching the turtles haul shell onto the beach to make their delicate deposit, as they have done for millions of years.

What makes it even more astounding is that only one out of every thousand turtles survive to maturity to repeat this very cycle.

It also means swimming with the gentle beauties is a cinch in Bundaberg and the Southern Great Barrier Reef, with the waters around Lady Elliot, Lady Musgrave and Heron Islands teeming with mama and papa turtles. 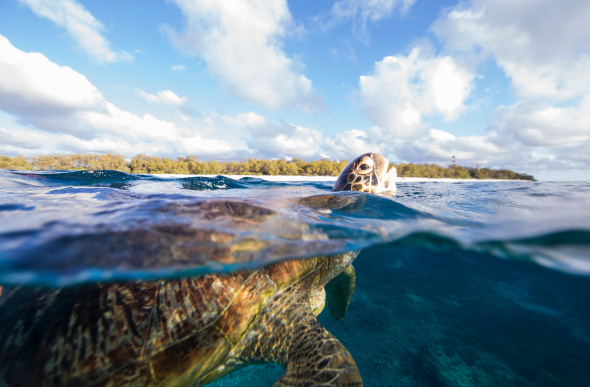 Swim with mama and papa turtles off the coast (Image: TEQ)

Exploring with a ranger is essential at Mon Repos, not only to ensure the turtles remain undisturbed but also to learn a little something along the way. Did you know the temperature of the sand determines whether the baby turtles will be boys or girls?

The sands of Mon Repos are nice and warm, meaning most of the hatchlings are little girls. On Lady Elliot Island, the cool white coral sands mean strapping young lads are mostly hatched.

Mon Repos beach is 14 kilometres from Bundaberg, with a Turtle Express transfer service running from most hotels in town to the coast. Book a ranger-guided tour to see nesting turtles after dark from November to January, and hatchlings from January to March. 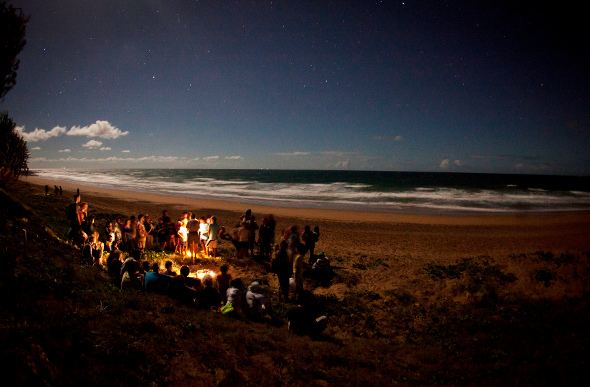