Nashville Is One Of The Fastest-Growing Cities In The US. Here's Why

Nashville Is One Of The Fastest-Growing Cities In The US. Here's Why

At the top of the heap, if you can make it in New York, you can make it anywhere, and Las Vegas may have hit the jackpot in second place - but in a surprising move, the 'Music City' of Nashville, Tennessee is the third-fastest growing city in the US.

This boom town is famous for its musical pedigree (hello, Nashville the TV series), with everyone from Elvis to Kings of Leon and Taylor Swift hitting the studio to record songs here, but beyond the honky tonk bars, barbecue joints and the youthful vibe, there's plenty more reasons to visit Nashville. Here's our top picks of where to eat, play and stay in Music City. 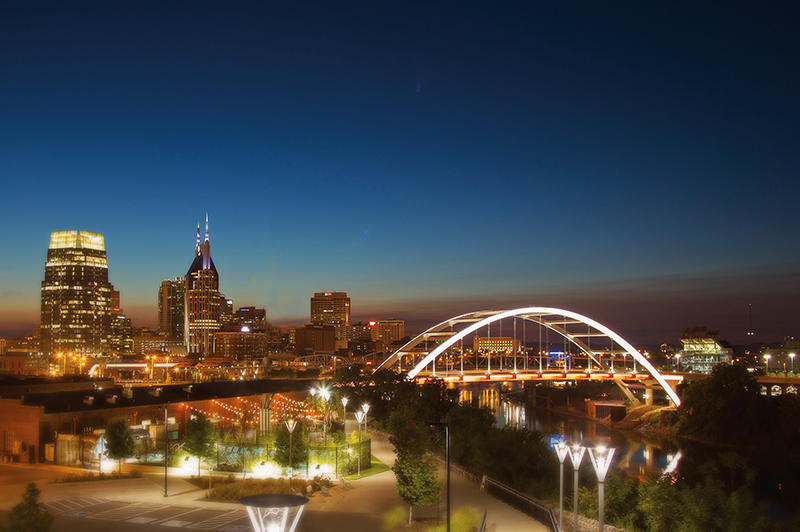 A new hotel perfectly positioned between The District and The Gulch, which is the hipster neighbourhood of Nashville, The Westin Nashville is also one block away from Broadway (where you'll find all the honky tonk bars).

A post shared by Martin's Bar-B-Que Joint (@martinsbbq) on

This guy takes West Tennessee-style smoke and barbecue to the next level with his whole hog cooked in the pit the day before serving. Head to the Downtown Nashville location and try a BBQ Tray - be sure to leave some room for their homemade Fudge Pie.

Follow the neon glow to Broadway, which is Nashville's famous strip of live honky tonk music bars. There are so many quality musicians playing along here that it's important to hop along and see them all. A one drink per bar rule is a good idea so you get around to finding the band that you want to dance the night away to.

A place to experience some Southern hospitality, this karaoke dive bar in the Wedgewood/Houston neighbourhood (WeHo) is where a lot of the local musicians hang out and belt out what they've been working on in the nearby recording studios. It's got tonnes of character with its ridiculous Christmas decor, and you're sure to have a great night meeting some colourful characters.

Take a photo in front of Nashville's #WhatLiftsYou wings, created by street artist Kelsey Montague, on 11th Avenue South in The Gulch for the ultimate Insta pic.

A post shared by Johnny Cash Museum (@cashmuseum) on

The greatest collection of Johnny Cash's stage outfits, guitars and a historical catalogue of all his music can be found in this Downtown Nashville museum dedicated to the 'Man in Black'.

Visit your local Flight Centre store or call 131 600 for more advice and the latest deals on travelling to Nashville.

Millie is a Social Media Specialist who has travelled to more than 30 countries. When she travels she likes to dive straight into the deep-end and experience a destination as the locals do. Art, history, food, gardens and natural landscapes are what she seeks out on her journeys.
more articles from this author