For several years now, Bangkok has featured among the top three most visited cities in the world. The Thai capital has a well-worn tourist trail, marked by gleaming temples, teeming markets, and exciting nightlife.

Look beyond the traveller staples and you’ll find a different side to this massive metropolis. This is your guide to an alternative experience of Bangkok.

At the northern tip of Bangkok's suburban sprawl lies an island with no cars, and boasting fresh air and comforting quiet.

Like a sliver of rural Thailand transplanted into one of the world's largest cities, Koh Kret island represents Thai life at its most intoxicatingly slow pace. Lush fields are farmed alongside ancient temples. Traditional stilted wooden homes sit above the river, where local fishermen ply their trade and giddy children swim. 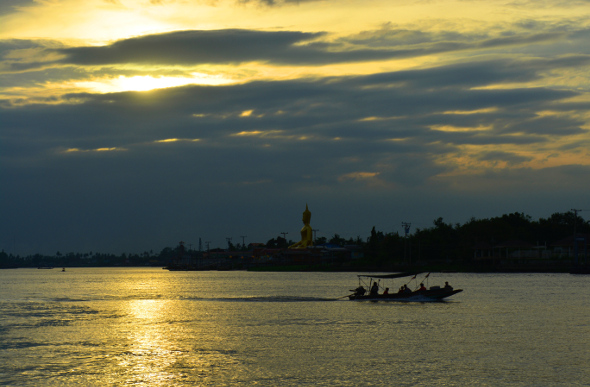 Koh Kret island is one of the city's secret gems (image: Ronan O'Connell)

The four-square-kilometre island, on a loop in the city's famous Chao Phraya River 25 kilometres north of the city centre, is a relaxing, enchanting place in an otherwise manic city. For $20 you can hire a longtail boat for a three-hour tour looping around the island, stopping at its major sights.

Perched on a rare hilltop in what is a very flat city, this temple offers startling views across the oldest part of Bangkok, Rattanakosin.

Constructed more than 250 years ago during the era of the Ayutthaya Kingdom, it is topped by a golden chedi which is draped in flags as part of a colourful religious ceremony during the annual Loy Krathong festival, which is on November 24 this year. 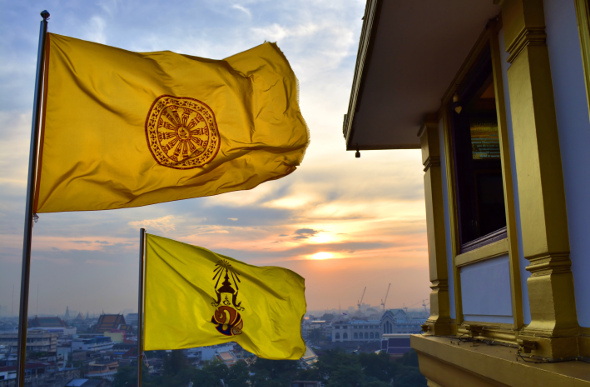 Wat Saket is the perfect place to watch the sun begin to set, particularly after 5pm as the rhythmic chants of the daily monk prayers echo through the complex. Entry is only 10 Baht (40 cents) and it is open from 8:30am to 5:30pm.

In a timeworn part of Bangkok, midway between the backpacker haunt of Khao San Road and the chaos of Chinatown, this indoor market is a hidden gem.

Based in a well-maintained, colonial-style building, the market offers dozens of stalls and shops selling clothes, jewellery, handbags, handicrafts and, most tantalisingly, a massive range of Thai sweets and snacks. 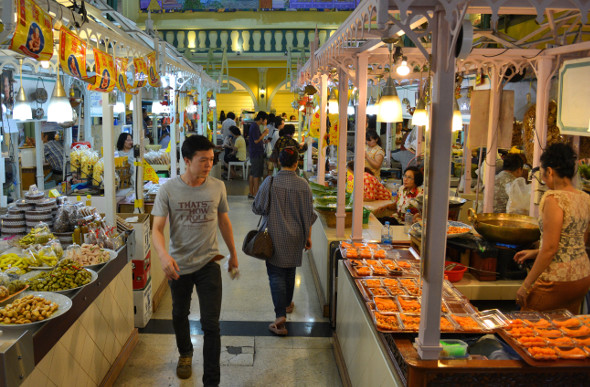 This is not a tourist market – more locals than foreigners shop here – so it has a relaxed atmosphere and cheap prices. The airconditioned environment is welcoming after exploring the nearby Grand Palace or Chinatown in the blazing Bangkok heat. It is open daily from 9am to 7pm.

This is where Bangkok's professional set come to mingle. Thong Lor Road, and the adjacent Ekkamai Road, are lined with chic wine bars, renowned restaurants, Western-style pubs, and booming nightclubs.

Pubs like Flann O’Brien’s, Bottoms Up and House of Beers get busy in the early evening, while music-oriented venues such as Blue Velvet, Badmotel and Clouds come alive later in the night. Unlike Khao San Road, where the bars are populated by Westerners in thongs and singlets, Thong Lor’s venues are mostly trendy places, so dress to impress. 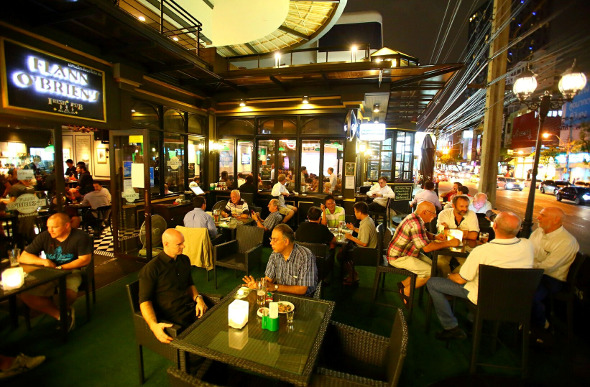 Most hotels in Bangkok spruik 'floating market' tours, which go to the same tourist-soaked spot two hours outside of the city, Damnoen Saduak.

Meanwhile, you need only travel 10 kilometres south of central Bangkok to find the local favourite, Bang Nam Phueng, which is far more laid back, much more authentic and significantly cheaper. 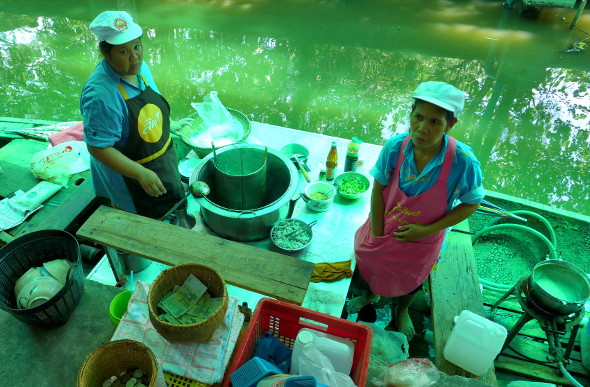 Locals outnumber tourists 50-to-1 here and are attracted by the huge array of stalls selling everything from Western-style clothing to art, electronics, fashion accessories and shoes.

The variety and quality of food is amazing. Try the aromatic “boat noodles” served in soup and cooked in wooden boats floating in the market’s canals. It is open on weekends from 7:30am to 3:30pm.

Places to explore in Thailand. Two Weeks In Thailand: How Will You Explore?

Here's Bangkok and much more besides. Bangkok & Beyond – One Thai City Just Won’t Suffice

In the upmarket suburb of Phrom Phong, popular with Western expats, this beautifully landscaped park offers a respite from Bangkok's ceaseless energy. Sit on a bench alongside its central lake and watch the birds, or spread a rug beneath one its many shady trees and have a picnic with food bought from the big line of nearby street vendors.

The park is also a regular venue for small musical concerts, particularly on weekends. It is directly next to Phrom Phong BTS station so catch the skytrain to get here. 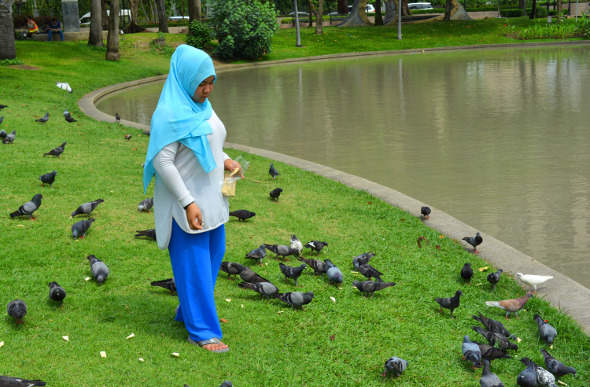 Benjasiri Park is a haven of peace in the noisy city (image: Ronan O'Connell)

The Hangover Part 2 made Sirocco the most famous rooftop bar in Bangkok and now it’s overcrowded and overpriced.

The nearby Zoom Bar at the Anantara Hotel in the Sathorn area is a newcomer without the same hype as Sirocco. But it is just as plush and has equally stunning views from its 40th floor setting overlooking Bangkok’s glowing CBD. 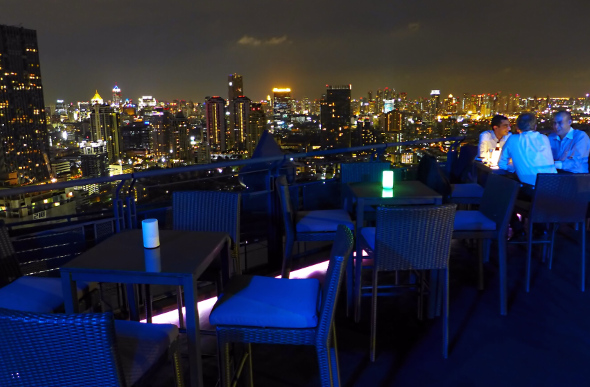 The Zoom Bar has great views of the CBD (image: Ronan O'Connell)

Compared to Sirocco, its food and drink prices are more realistic – cocktails start at $15 and main dishes from $25 - and it is far less busy, which means you can easily secure yourself one of the best tables. It is open from 5:30pm to 1am.