Do you ever feel like people are speaking a different language when they talk about their holidays? "I bought a selfie stick for my flashpacking trip - make sure you double tap my Insta posts!"

If you can make heads or tails of that sentence, you're already hip to the jive of modern-day holiday speak. ICYMI, however, better familiarise yourself with these seven examples of new-age vacay lingo. Learn how to talk the talk and you'll fit right in with the Retweeting, humble-bragging Millenials in no time. Hashtag yolo.

Example: "I'd like to go on a babymoon to the coast before they mistake me for a beached whale." 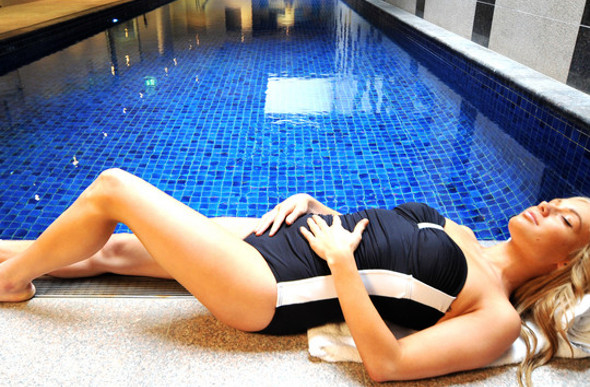 Paging all mums-to-be: report to the poolside immediately. (Image: TEQ)

There's no chapter dedicated to relaxing getaways in What to Expect When You're Expecting, but given the rising popularity of babymoons for today's mamas and papas, the retro parenting bible might need a bit of an update.

Plenty of expecting couples now choose to head off on a babymoon as a sort of final hurrah, in between the time when they find out there's a bun in the oven and the stage when uncomfort levels are at their peak.

This may also be the last time you travel with just one or two small bags, so enjoy it while it lasts. A resort stay in the Whitsundays should do the trick.

Example: "My family are coming all the way from Alabama to see us get hitched – we should make the most of their time and take a buddymoon." 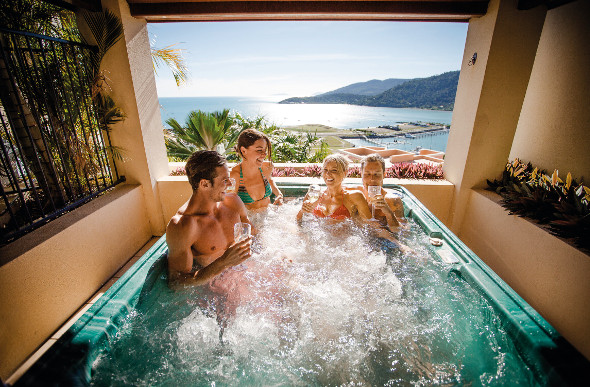 Three's a crowd but four's a party (Image: TEQ)

Having friends or family tag along on your honeymoon may not be the most romantic foray into married life, but plenty of newly hitched couples are doing just that.

Since most betrothed couples these days already live together and have plenty of time to get all loved up before the big day, the traditional honeymoon is now viewed by many as the perfect excuse for an all-inclusive holiday.

It makes sense given that families only seem to get together at weddings and funerals, and taking a fun-filled trip after the latter is generally frowned upon.

Destination weddings can easily be bundled in with a group getaway, whether you're tying the knot in the tiny chapel at Port Douglas, the sunflower fields outside Toowoomba, or in perched on Brisbane's Kangaroo Point cliffs at sunset.

Example: "Honey, I've gotten so many pedicures the beautician and I are on a first-name basis. I think I need to take a brocation." 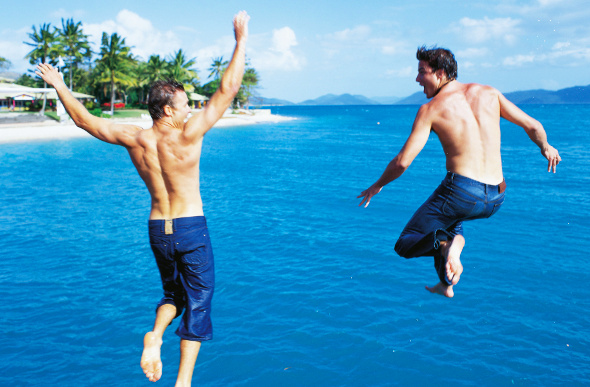 We all know girls just wanna have fun, but that doesn't mean the lads in our lives should be excluded. Man-caves are all well and good, but sometimes a guy just needs to be a guy and go do guy stuff with other guys.

Spoil your mister with a surprise 'brocation' and you will secure your spot in the Girlfriend Hall of Fame. Some of the best spots for quality man-time include Cairns, where bungee-jumping and big-game fishing are on the agenda, and Fraser Island, for four-wheel driving and land-surfing on the sand dunes.

Example: "I'm too antisocial to sleep in a dorm room with a dozen other people, so I'll be flashpacking my way around Outback Queensland this summer." 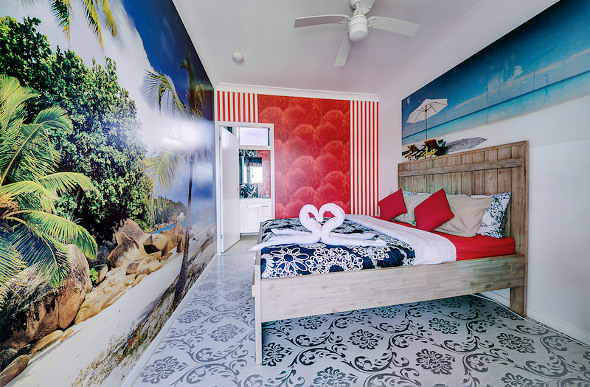 The flashest backpackers there ever was - Coral Inn, Yeppoon

Luxury hostel sounds like a bit of an oxymoron, doesn't it? Backpacking once upon a time wasn't too far removed from travelling with your life's material possessions bundled at the end of a stick, hobo-style.

New-age backpackers, however, are connected and confident, trekking around with brand-name packs and lightweight PEDs. Nevertheless, these young nomads still tend to travel on a tight budget and, while discerning, won't be spotted in a 5-star hotel.

Coral Inn at Yeppoon on the Capricorn Coast markets itself as a flashpacker lodging, where the most expensive room comes in at $110 and includes an en suite, TV, fridge, free Wi-Fi and all the in-house movies you can watch.

Example: "I've decided to go glamping because like the idea of being outdoors but I don't like the thought of exclusively eating baked beans and not showering for a week." 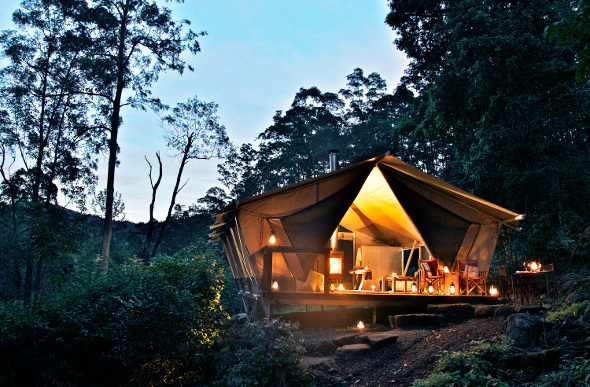 Get your glamp on at Nightfall Wilderness Camp

One could argue we're becoming softer in our mod-con world and don't take to the outdoors quite like we used to. Yet, we still yearn to silence our smartphones and reconnect with nature – as long as it's on our terms.

Enter the age of glamping – aka glamorous camping – where you aren't required to pitch a tent, unfurl the sleeping bag or forage for kindling.

Queensland has the lion's share of places to glamp it up, from jungle huts to stylish teepees. Nightfall Wilderness Camp, set in the heart of the Gold Coast Hinterland, is one of Queensland's newest glampsites and already a state-wide award winner.

Guests can surrender their senses to a creek-side massage, fill their bellies with organic eats, laze in a hammock or soak in the tin-bath inside their safari-style tent. Starry night skies and campfires included.

Example: "I heard Angelina Jolie's latest flick was filmed in Moreton Bay, so I'm set-jetting off to Queensland to walk in her Gucci-clad footprints." 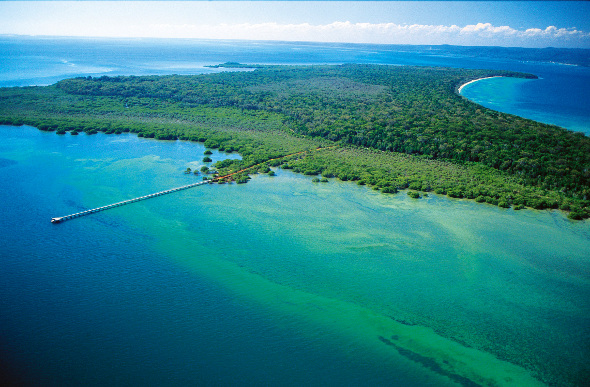 If you're not caught up with the latest goss from Tinsel Town, you might not know that Angelina's film Unbroken was indeed filmed in Moreton Bay, in addition to the Whitsundays and a handful of other Aussie locations.

The Oscar-winning mother of six says she loved Queensland so much she hopes to return and shoot another film in the Sunshine State. But Ange isn’t the only one bringing Hollywood down under - Pirates of the Caribbean 5 is set to be shot on the Gold Coast and in Port Douglas next year.

As well as injecting the local economy with a bit of dosh, films shot on location tend to inspire jetsetters (or, in this case, 'set-jetters') to see the backdrops in real life.

Matamata has Hobbiton, Dubrovnik's got Game of Thrones, and now Queensland will have Johnny Depp. We all know who the real winner here is.

Example: "I'm saving up to buy that $3200 cape from Gwyneth Paltrow's Christmas list, so I took a staycation instead of sailing around the Maldives." 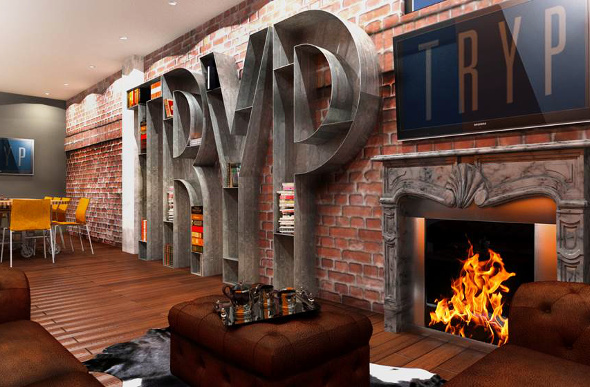 TRYP Hotel: Your home away from home, close to home.

Too often we shun domestic holidays, but staycations come with a lot of plusses: no lengthy airport cues, no visa applications, no unpacking and repacking of suitcases to abide by those impossible weight limits.

Staycations are cheap, easy, and hey – a change is as good as a holiday, right? A host of hotels have mates' rates for locals who just want a night off, like Brisbane's trendy new TRYP Hotel (their Movie Date Night package is pretty much the perfect inner-city mini-break).

The Fraser Coast also loves its locals and fully endorses the idea of a staycation. Fraser's tourism gurus suggest playing tour guide to out-of-town friends and rellies, while taking advantage of serious locals' discounts and getting to know the hidden gems of your own backyard. Is there any better home-away-from-home than home itself?