What's New In Travel For Families

What's New In Travel For Families

Family holidays are full of adventure, fun and unexpected surprises. From domestic road trips and short breaks, to multi-week journeys around exotic countries, once you answer the question of where to go, you need to know what you'll be doing.

The opportunities are endless, with more experiences and events popping up each year. Here are our favourite holiday trends and newbies for families looking to travel in 2016. 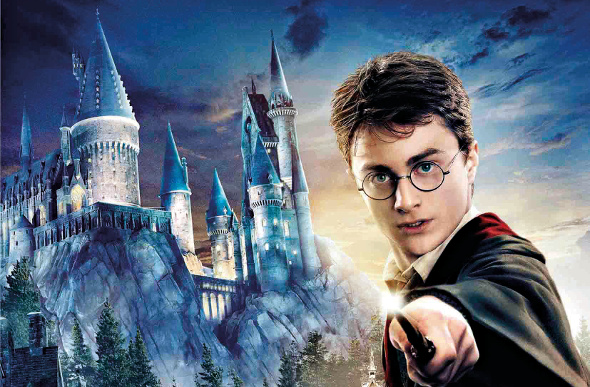 On track with Harry Potter

Harry Potter fans have two dazzling new ways to keep the magic going during 2016 on both sides of the Atlantic.

Hogwarts has arrived in Hollywood this northern spring with the opening of the Wizarding World of Harry Potter at LA’s Universal Studios. Devotees of J.K. Rowling’s stories have already started flocking to the park’s signature attraction, Harry Potter and the Forbidden Journey.

The 3D ride spins goggle-wearing muggles along an elevated track with high-definition technology bringing Harry and his friends to life on the US West Coast for the first time.

Meanwhile in the UK, the real British steam train that became the Hogwarts Express in the movies is on track to become one of Warner Bros Studio Tours’ most popular drawcards ever.

In a massive expansion of the studios, 20 kilometres north of London, set designers faithfully recreated Platform 9¾ to accommodate the 78-year-old locomotive. Step aboard, explore the carriage set used in the movie, but don’t let that chocolate frog get away.

Junior guests at Asia’s Centara Resorts will hardly have time to hang out with you now that a huge new program of ways to have fun has been introduced at three hotels in Phuket, plus villas in Pattaya, Khao Lak and Koh Chang.

Kids clubs at the resorts also have staff to play games with the very young, either indoors or on the beach, meaning mums and dads can make a date with a deckchair knowing their kids are happy and occupied. 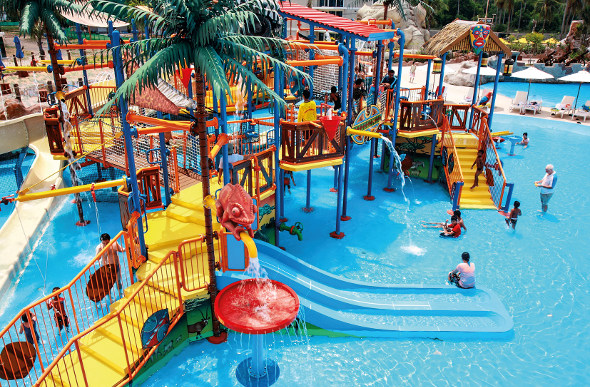 Centara Resorts have ramped up their program for children

All The World’s A Stage

Don’t miss these made-for-families shows that will keep you singing long after the curtain call.

Beloved actress Julie Andrews takes the helm to direct a new production of the show she originally starred in as Eliza Doolittle in 1956.

Featuring original sets and costumes, the musical’s best-known tunes will all be there, including Get Me to the Church On Time and On the Street Where You Live. Won’t that be loverley?

Back to the Future, London’s West End

Marty McFly played guitar in the 1980s cult film Back to the Future and soon he will be in his own musical in London’s West End.

Packed with hit songs from the movie, including The Power of Love and Johnny B Goode, the show has been re-imagined by Bob Gale, who wrote the original movie script.

The gods of rock are smiling on Broadway now the ultimate musical for wannabe guitar stars is wowing the crowds. In composer Andrew Lloyd Webber’s newest show, the movie hits are belted out by dazzling junior musicians. Cheering and clapping by the audience is a must in this feel-good homage to rock. 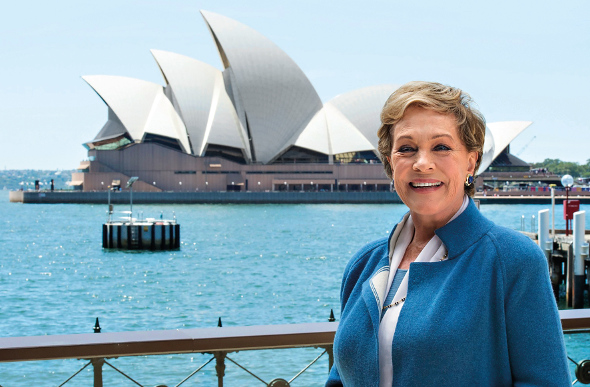 Julie Andrews will direct My Fair Lady in Sydney

Apartment hotels are springing up in holiday spots everywhere, answering the call from families who would like more space than a traditional hotel room, but still want all the services of a hotel.

Food trucks, bike tracks and the ferry to Waiheke Island are on the doorstep. Seven more Adina apartment hotels are in the pipeline, including Sydney and Brisbane, as well as Munich and Frankfurt.

Perth is now home to the world’s tallest inflatable funnel slide – a twin-lane, 23-metre-high ride that is 110 metres long. Australia’s first pop-up water park opened at Belmont Racecourse and the excitement continues until the end of April 2016.

Thrill‑seekers won’t have to wait long to experience another watery thrill when the ProSlide Tornado 60 opens in October at Perth’s Adventure World. Riders will be treated to a 260-metre-long adventure, dropping 30 metres along the way.

Kids can ski and snow-tube free in a four-lane, lift-served tube park. Plus, just-for-kids Elk Camp has new night snow-biking, feasts and ice-skating.

Show mum and dad your best parallel turn in new Ski-With-Me family lessons and then hit the new seven-metre slide on the snow at Camp Keystone Kids Ski School.

Stay up and ski down under the stars as part of Thursday Night Lights, a set-to-music event run by the Children’s Ski and Snowboard School. Don’t miss the fireworks finale. 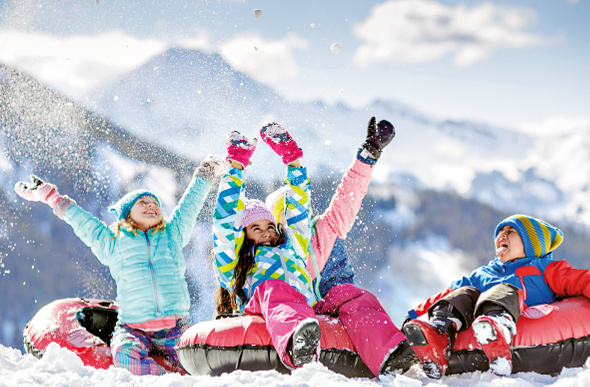 Not all kids clubs are created equal and that’s a good thing, since no self-respecting 10-year-old
wants to hang out in the toddler zone.

Cruise ships have age-appropriate clubs covered in a big way, with all the major lines splitting the fun along baby, tweens and teens.

Turtle Cove, for the youngest cruisers, has just opened its doors to two-year-olds for the first time on all five P&O ships, including the newest Pacific Eden and Pacific Aria.

Toddler Time provides a space and toys for parents of children under three to meet families with kids of similar age, while the Fun Factory breaks up the three-to-11-year-olds into age groups that work for games and sport activities. Everyone – including teens at X Club lounge – gets free play on Xbox 360 and Kinect for Xbox 360.

The new, revamped Camp Ocean on Carnival Spirit has moved to an ocean-view, top-deck space, with ocean-themed activities broken down for two-to-five-year-olds, six-to-eights and nine-to-11s. Teens have their own Club 02, where pool parties, music and movies keep things happening. 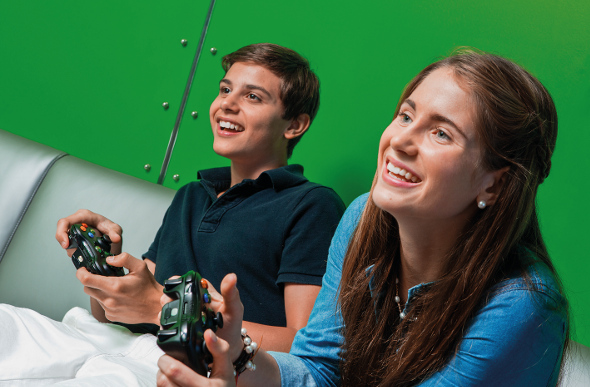