Does New York Work For A Family Holiday?

Does New York Work For A Family Holiday?

The one good thing about jet lag when you fly to the United States is that you wake up so madly early, you can beat everyone else to the big tourist attractions and miss the queues. Thus it was that we found ourselves at the front of the line to get into the 9/11 Memorial Museum on our first morning in New York.

We’d already had a belly-busting breakfast of pancakes and piles of almost cindered streaky bacon, travelled across to the other side of town from our super-stylish midtown West Side hotel – and we were still there before anyone else. I decided to take our two children (aged 12 and 16) to the museum in the hope they would appreciate what this remarkable, resilient city had endured and marvel at how it still thrived.

A video featuring the key decision makers of that day sets the scene. A strangely smiling Condoleezza Rice (then Secretary of State) recalls hearing about the first plane to hit the Twin Towers, a tearful George W. Bush talks of the moment when he feared the plane that crashed in Pennsylvania later that day might have been shot down by US fighter jets under his orders.

As you walk through the museum, what strikes you is how little remains in such a cavernous space. All the desks, chairs, photocopiers, printers, computers and personal ephemera of the tens of thousands that worked in the two buildings – vanished. Just some voices remain, trapped in messages endlessly replaying on answer machines. 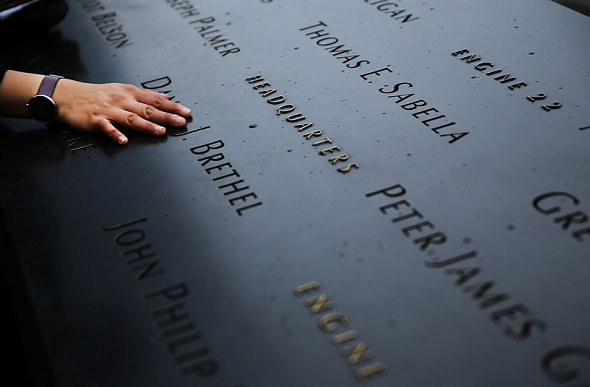 The 9/11 Memorial Museum records the names of the lost. Picture: Getty Images

Outside we stood by the pools that mark the exact footprint of the Twin Towers, the names of the dead inscribed around the edge. Where I paused, my hand rested on the name of a woman who perished together with her unborn child.

I thought it an entirely fitting way to start our four-day trip to New York. But although they were impressed and moved by what they’d seen, the children’s response was: “Bit of a downer, Mum, can we do something more fun now?”

The Big Apple's a city for strolling: 10 Best Walks In New York

It never sleeps, so sample the nightlife: 10 Best Nocturnal Activities In New York

We then made the classic first-day-in-a-new-city error. We walked for hours.

The industrial chic of Soho and trendy boutiques failed to impress the children (though I was dying to do some industrial-scale damage to my credit card), so we kept going on to Little Italy. The waiters called out in guttural Sicilian/Italo/American accents and we felt as though we were walking through the set of The Godfather.

We passed seamlessly into Chinatown, for me a much more authentic experience as it was bustling with American-Chinese haggling over unrecognisable vegetables or picking out gleaming sea bass or spiny black crabs crammed into small cloudy tanks. The Chinese must be a nation either of hypochondriacs or the generally unwell because every other store offered exotic cures for a long list of ailments. The distinctive smell of offal and rotting meat hung in the air. 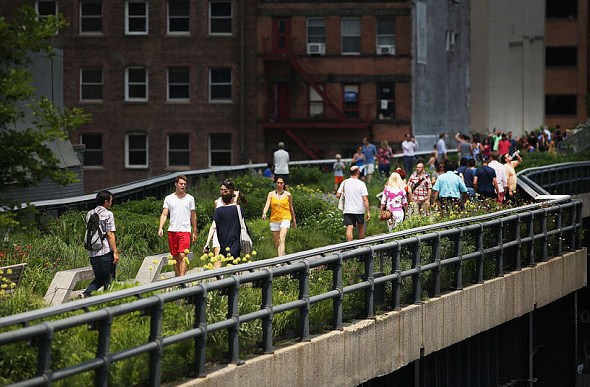 The High Line park was a bridge too far. Picture: Getty Images

By the time we reached the High Line – a disused rail track a couple of storeys above ground level transformed into a 1.6-kilometre linear park that weaves its way between high-rises – the children had had enough. The ingenious planting, the waving bamboos, the nosy-parker joy of being able to look directly into the flats of the people living along the line – it all passed them by.

Time to repair back to the rooftop bar of our groovy hotel – the Viceroy – to hang out with the hip New Yorkers, savour a cocktail and drink in the view.

From that day on, our trip became a battle of culture versus commerce. My daughter wanted to go to the American Girl store, the size of an entire block selling dolls and everything you could possibly want to go with your doll.

She wanted to visit Dylan’s Candy Bar, an emporium of sweets of every colour and flavour. Then there were the malls with college preppy-style clothes she couldn’t get enough of. And so it went on.

I wanted to go to the Metropolitan Museum of Art to wallow in the masterpieces that old Europe couldn’t afford to buy and America’s new money snapped up instead. "Noooo," moaned the children, "snoresville!" The Metropolitan Museum of Art is a plus for adults. Picture: Getty Images

So we trod a delicate balance between the two, with many stops for ice cream, taking in all the sights we could cram in on the way. Empire State building? Tick. But be warned, it’s a ridiculous palaver to get in, with dozens of touts trying to sell you different variations of entry ticket.

Brooklyn Bridge? Tick. We walked across and lunched at Grimaldi’s pizza parlour on the Brooklyn side. Rough and ready, authentic pizzas, we felt as if we were in Goodfellas.

Central Park? Tick. I wondered what John Lennon would have made of the tourists posing for thumbs-up selfies on the plaque commemorating his life accompanied by a homeless guy plucking out Imagine on his guitar.

Finally we hovered over Manhattan in a helicopter, marvelling at the canyons between the steel and glass skyscrapers, hordes of yellow taxis like warrior ants swarming through the city. And we gazed at the new One World Trade Center soaring into the sky, the tallest skyscraper in the western hemisphere and New York’s defiant riposte to the 9/11 bombers.

At weekends and holiday Mondays between May and October, take a ferry from Brooklyn Bridge Park to this 70-hectare island off the southern tip of Manhattan. With bikes for hire, a beach, hectares of lawns and a 3.5-kilometre path around the perimeter, it’s perfect for stunning views of Manhattan, Brooklyn and the Statue of Liberty.

More than 12 million immigrants passed through here between 1892 and 1954, and moving audio recordings help visitors imagine the process that newcomers faced. Catch the Statue Cruises ferry from Battery Park Terminal. 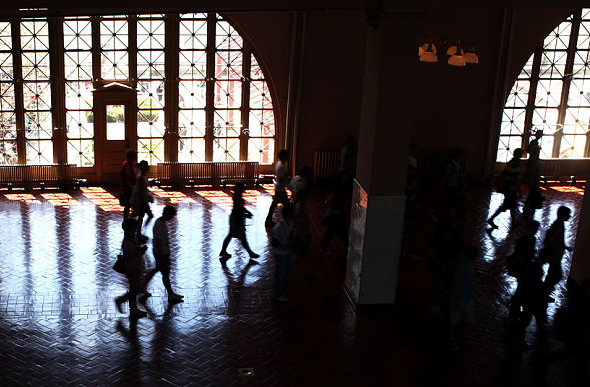 From the full-sized blue whale suspended from the ceiling to the giant space rocks and the epic dinosaur fossil collection, this museum is unmissable.

If it’s tradition, spectacle and atmosphere you’re after, nothing beats a baseball game. Root for the home team at Yankee Stadium, or at Citi Field, if the underdog Mets are more your type. 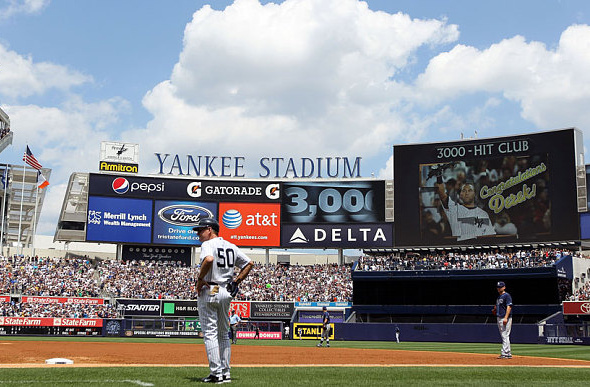 Take me out to the ball game at Yankee Stadium. Picture: Getty Images

Have a hot dog at Nathan’s Famous, take a whirl on the Cyclone roller coaster and then cool off on the lively urban beach in the summer heat.

This article was written by Fiona Bruce from The Daily Telegraph and was legally licensed through the NewsCred publisher network.