Nobel's Will Now On Display

Nobel's Will Now On Display

Alfred Nobel's last will and testament, which played a pivotal role in Swedish history by creating the now-illustrious Nobel prizes, has gone on display for the first time in Stockholm.

Until now, only a handful of people had laid eyes on the original 1895 document that has been stashed away in a safe at the Nobel Foundation in Stockholm.

The Nobel Museum has changed all that, putting it on public display as part of its new exhibition "Legacy".

"The exhibition draws attention to how important it is to pass things on. The will is the centrepiece. It is a simple document, but it still today provides the basis of our work with the (Nobel) prizes," exhibition curator Karin Jonsson tells AFP.

The last testament of Alfred Nobel

"The aim is to show Alfred Nobel's legacy to the public. It makes him more understandable," her colleague Gustav Kaellstrand adds.

The Nobel prizes are "one of Sweden's biggest brands," notes a spokesman for the Swedish Institute, Sergio Guimaraes.

The will itself is written on four yellowed pages, with curlicued old-fashioned handwriting in black ink. It's smudged in places, and there are notes and additions running up and down the sides, tops and bottoms of the pages.

Nobel, the inventor of dynamite, details the creation of the Nobel prizes on 26 lines, or almost three-quarters of a page.

He stipulates that part of his fortune - some 31.5 million kronor at the time, or the equivalent of more than 200 million euros (A$290 million) today - was to be placed in a fund, the interest on which was to be used to honour "those who, during the preceding year, shall have conferred the greatest benefit on mankind" in the fields of medicine, physics, chemistry, literature and peace.

He appoints four prize committees to hand out the awards: three in Stockholm and one in Oslo for the peace prize, since Norway was joined with Sweden in a union at the time.

The prize for economics was created in 1968 by Sweden's central bank, the Riksbank, to mark its tricentenary, and is also funded by the Riksbank.

Another side of Stockholm. Have The Time Of Your Life At The ABBA Museum

'Who He Really Was'

Those 26 lines would change Nobel's reputation forever, and shine the spotlight on Sweden for years to come.

Gone is Nobel's image as a dynamite-producing friend of war - now he is seen as a pacific philanthropist around the world.

A portrait of the great man (Image: Getty)

"With these prizes, he wanted to show who he really was," explains Jean-Francois Battail, a professor emeritus in Scandinavian languages and literature at Paris' Sorbonne University.

"Albert Einstein, who won the Nobel Physics Prize in 1921, thought Nobel created the Peace Prize because he had a guilty conscience," Battail says.

The will was written in Paris where he kept a home and dated November 27, 1895, and then placed in a safety deposit box at Stockholm's Enskilda Bank.

Nobel died in December 1896 in Italy. When his will was opened early the next year, his family was shocked - he had told no one of his plans.

"He had no direct heirs, but he left the people closest to him pretty generous sums. They were pretty fatty crumbs. But there were lawsuits, and they tried to have the will annulled - it didn't transpire peacefully," Battail explains.

"The existence of the prizes is in large part thanks to the will's executors, especially Ragnar Sohlman," he adds.

A former assistant of Nobel's, Sohlman rounded up the fortune that was spread around the world and honoured Nobel's last wishes, going so far as to convince the King of Sweden, who was disgruntled the prizes could be awarded to non-Scandinavians.

Put Sweden On The Map

In 1900, Sohlman helped create the Nobel Foundation, which to this day manages Nobel's inheritance and oversees the work of the prize-awarding committees.

The first Nobel prizes were awarded in 1901.

"In Sweden and abroad, a lot of people understood that the will provided Sweden an opportunity on the world stage," Kaellstrand says. 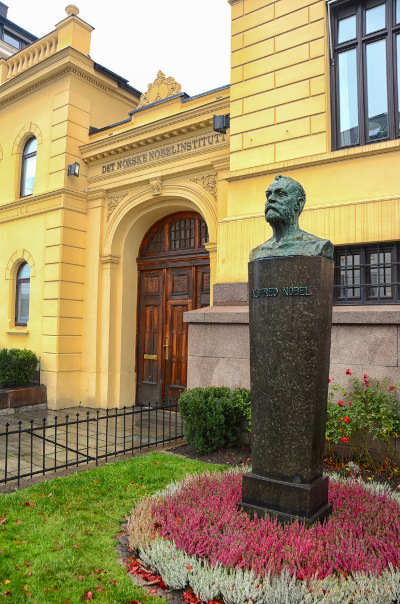 Yet some were already able to predict the headaches that would come with the daunting task of selecting the laureates.

"The New York Times wrote for example in 1897: 'A number of eminent men of Norway and Sweden have a task before them which will inevitably bring to them more trouble than glory'," Kaellstrand muses.

The Nobel prizes have indeed been the centre of controversy over the years.

French writer Jean-Paul Sartre refused to accept the 1964 Nobel Literature Prize, and, more recently, a storm simmered when US President Barack Obama won the Peace Prize in 2009 after less than nine months in office while the US was waging simultaneous wars in Afghanistan and Iraq.

But on the whole, the prize has conferred a positive image of Sweden.

Nobel's last will and testament is on display until at least the end of May.