On The Road In North And South Dakota

On The Road In North And South Dakota

It is not advisable to miss a flight to North Dakota. I discovered this when I failed to board an Airbus A319 bound for Bismarck Municipal Airport, thus spending a restless night in Denver contemplating how a boarding time of 7.15 sounds much like 7.50 to an untrained Australian ear.

Through the process of diverting travel plans, I soon learned that The Dakotas are large. Very large, in fact, and rather sparsely populated. You can drive for miles, as they say around such parts, and not see a whole lot more than some undulating hills and the occasional farmhouse.

However, if you know where to look, both North and South Dakota can conjure some of the most memorable travel experiences imaginable, in the heart of a region fond of proclaiming itself 'the real America'. 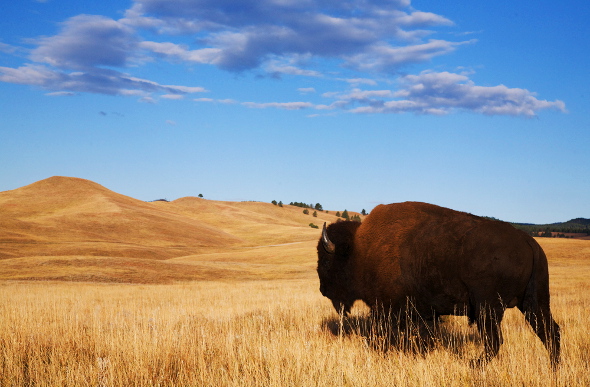 You'll share the scenery with bison in The Dakotas

Jetting In To North Dakota

Flying low over the checkerboard farmlands surrounding the small town of Dickinson, North Dakota, it soon becomes apparent that this is agricultural country. Ranching has long played a crucial role in the region and it was for this reason that the picturesque town of Medora was founded in 1883.

Named after the wife of French nobleman Marquis de Mores, who first settled the town, Medora is these days home to the long-running Medora Musical. One of the most popular attractions in North Dakota, this western-style production runs nightly through summer in the resplendent Burning Hills Amphitheatre, wowing its audiences with a spectacular all-singing, all-dancing celebration of ranch life in the Old West.

Ranching so endeared itself to Theodore Roosevelt – the revered 26th president of the United States – that for a time he even made his living as a cowboy in North Dakota. The scenic Theodore Roosevelt National Park now bears his name, as well as the Maltese Cross and Elkhorn Ranch cabins he once called home. 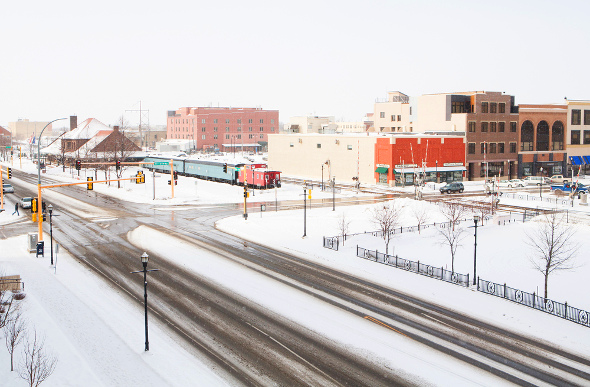 Fargo is every bit as atmospheric as the movie

All Roads Lead To Fargo

"I'm not sure I agree 100 percent on your police work there, Lou," quips Marge Gunderson in the Coen brothers' legendary 1996 film, Fargo. Those with a similarly keen eye will note that none of the scenes were actually filmed in the city, but that hasn't stopped Fargo from cashing in on its association with the movie.

The city's other claim to movie fame is the lovingly restored Fargo Theatre – a heritage-listed Art Deco cinema that still screens films and hosts concerts. In fact, Fargo's art scene is flourishing, with the city's numerous art galleries flush with buyers who've made their fortunes in North Dakota's recent oil boom.

While Fargo is the state's largest town, Bismarck is North Dakota's laidback capital. Located on the east bank of the Missouri River, it's a great place to while away the afternoon on the Lewis and Clark Riverboat - so named because the two intrepid explorers wintered across the river in nearby Fort Mandan in 1804. 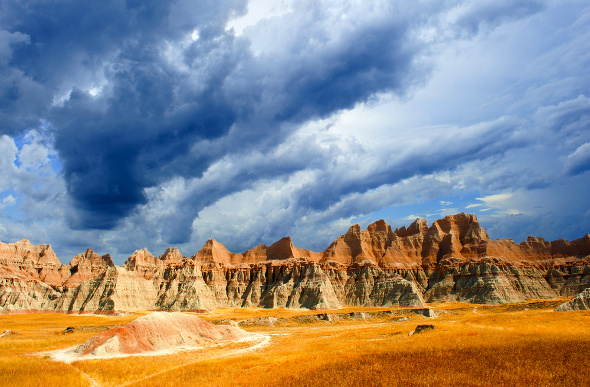 Badlands abound in both states

Crossing the state line between North and South Dakota, it soon becomes apparent that the two states share much in common. Both were admitted to the Union on the same day, November 2, 1889, and both possess extensive tracts of badlands – ancient sedimentary rocks that have been whittled down by centuries of wind and rain.

The haunting Badlands National Park in South Dakota looks like it was carved out of the earth by hammer and chisel, with thousands of towering buttes jutting towards the sky from rocky canyon floors below. An arresting sight at any time of day, come nightfall this surreal landscape cuts a truly ethereal figure, as the light and shadow of the fading twilight dances vividly across the terrain.

If the badlands feel like they're playing tricks with your mind, it's just a short drive to the open prairies which made Laura Ingalls Wilder a household name. Author of the Little House series of books, it was By The Shores Of Silver Lake that brought fame to her childhood home of De Smet, and the Surveyors' House mentioned in the book is today one of the town's most popular tourist attractions. 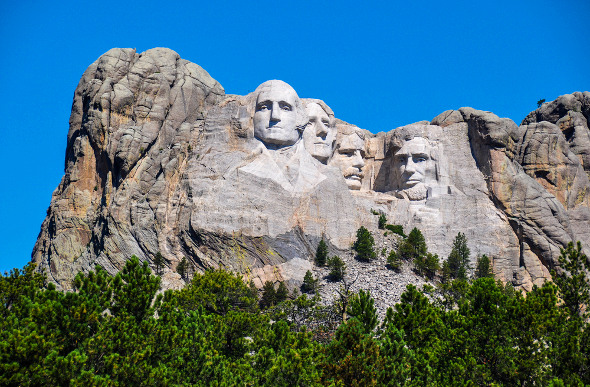 The varied South Dakota landscape may be one reason to visit, yet it's a man-made marvel most travellers come to see. And what a marvel! Mount Rushmore is undoubtedly the state's most famous attraction, drawing more than two million visitors annually.

There's still some space left between Lincoln and Roosevelt - should you fancy your chances of making a mark on American politics - but even if you don't, The Dakotas are still well worth a visit. Overlooked by many in the race to explore the east and west coast, these surprisingly absorbing twin states truly are the heartland of the real America.