New York, New York, it's a helluva town. NYC is well equipped to put you through your paces, with her sprawling boroughs, taxi-filled thoroughfares and superstructures with their crowns in the clouds. This cultural juggernaut is best tackled with an equal balance of adventure and common sense. After recently spending a whirlwind nine days in the City That Never Sleeps, here are some of my insider tips to store alongside your subway map and dollar bills. 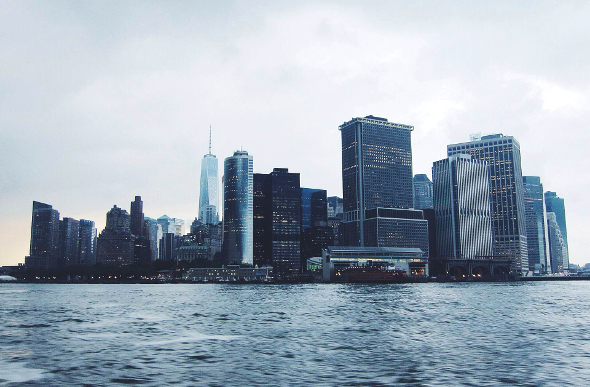 Get To Know the Subway

Praise be to the seven-day unlimited MetroCard – you will definitely get your money's worth out of this $USD30 bad boy. This pre-paid card is your key to riding buses and subways across the city until midnight daily.

The subway is fast, safe, clean and mostly easy to navigate. You never have to wait more than a few minutes for a subway to barrel into the station. Far from just taking you borough-to-borough, you can block-hop all over Manhattan.

Minor issues can pop up, usually involving muffled announcements, delays and confusing the uptown / downtown lines, but no drama: just hop off at the next station, switch platforms, venture back to your point of origin and try again.

It seems like nine out of ten New Yorkers don their finest sneakers when they're out and about, and for good reason. Start dosing up on fish oil tablets and be prepared to do a lot of walking in this expansive city.

The subway will only get you so far and, let's face it, window shopping from an open-top bus isn't nearly as fun as having your arms laden with bags along Broadway, SoHo.

Seeing the city by merit of your own two feet is also a pretty rewarding way to get around. There are tonnes of walking tours of New York – food, cultural, musical, self-guided, whatever your persuasion. Pro-tip: You can never pack too many socks. 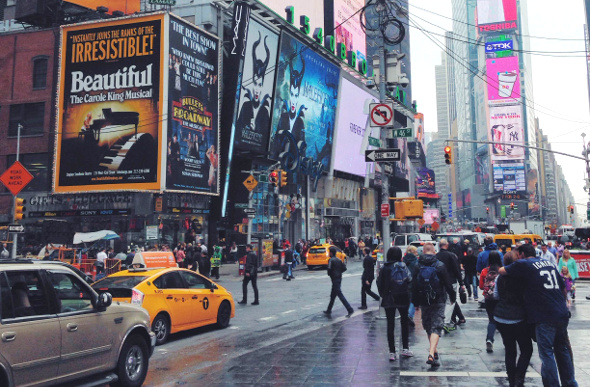 Don't Be a Wallflower

Welcome to New York City: population 8.3 million (1.6 million on the isle of Manhattan alone). Whether you like it or not, you are just another face in the crowd in NYC, which can be both liberating and daunting at the same time.

New Yorkers are often said to be rude, but to dwell in a city always on the go means that you too have to be ready for action. This is a city that gives you coffee in a to-go cup without you even asking, just to reiterate the matter-of-fact exchanges you can expect.

Put your game face on and don't be shy when it comes to ordering food, flagging down a taxi or declining the people on street corners trying to put the hard sell on. The footpath is like a freeway in New York – if you need to check your map or take a photo, do the right thing and move to the side.

Bust Out Those Maths Skills

Transactions in NYC require some extra thought, with sales tax (around 4.5%) added on top of retail purchases. To complicate things further, there are two types of tax that can be added: state tax and city tax. Some things are exempt from sales tax, including prescription meds and grocery foods (though prepared foods are taxed).

Then there's tipping. Technically you don't have to tip, but don't expect a friendly farewell if you choose to forego the gratuities. Minimum wages in the States are much lower than in Australia and tips account for a fair chunk of workers' incomes.

Tipping is usually reserved to the service industry (think waiters, tour guides, taxi drivers) and is generally around 15–20% of your bill, so a $USD45 meal quickly becomes $USD54. My advice? Download an app to help with all the high finance. 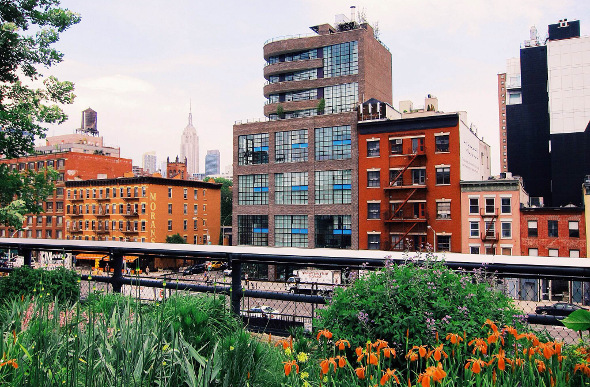 Spotting the Empire State Building from The High Line

'Overwhelming' is a word often thrown around in dinner party conversations about New York. It's a whole assortment of things that add up to make NYC a little heavy on the senses: the sheer stature of the buildings, the endless honking of horns, and that trademark New Yorker attitude included. Make sure you give yourself some down time in amongst your sight-seeing.

There are oodles of green spaces in New York if you're in need of a breather, the queen of them all of course being Central Park. Strolling along the Ramble in the midst of dense pines with bushy tailed squirrels crossing your path makes you feel worlds away from the concrete canyons of midtown.

The High Line was a personal highlight – try to pick a day when the sun is shining to explore this elevated park in Chelsea. There are gourmet street food carts, sun-lounges and a water feature for cooling off your weary feet along the line.