Old Is Golden In Dubai

Old Is Golden In Dubai

Few cities on the planet embody modernity as starkly as Dubai. The largest city in the United Arab Emirates, it is a cutting-edge metropolis home to the world’s tallest building and flanked by incredible artificial islands lined with mega-mansions.

Most of what visitors see when they visit downtown Dubai – the endless skyscrapers, giant marinas, lavish hotels and massive shopping centres – has been built in the past 25 years.

Prior to that, Dubai was a comparatively sleepy place. For many, many decades it had been a quiet town that relied on the pearl trade.

But two major events set it on course to become the world city we now know. In the 1960s oil was discovered in the UAE, and then from the late 1980s Dubai transformed itself into a free-trade haven, which attracted a plethora of international companies and drove the city’s modernisation. 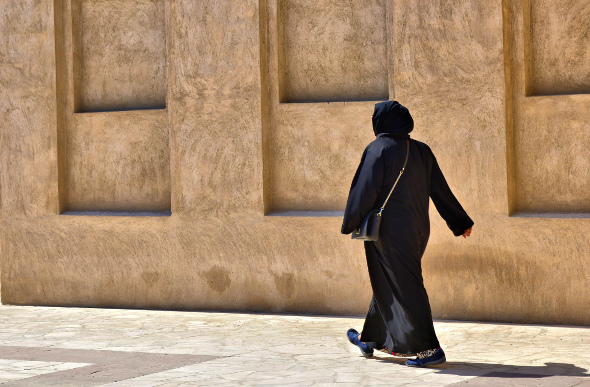 Al-Fahidi is a reminder of what Dubai looked like pre-boom (Image: Ronan O'Connell)

Immersed in Dubai’s hyper-modern downtown precinct it is easy to overlook the fact that humans have lived on this land for about 5,000 years. The city’s rapid transformation has left behind limited evidence of the communities and culture which existed there previously.

But tourists can get a taste of this bygone era in the Al-Fahidi Historical Neighbourhood, a large riverside area that showcases the traditional side of the UAE.

Contrasting against the gleaming steel-and-glass skyscrapers that mark the rest of the city, Al-Fahidi is a low-rise area of earthen buildings made from traditional materials, reflecting the kind of architecture seen in the area once upon a time.

Amid this network of narrow alleys are beautiful mosques, along with traditional buildings that house museums, art studios, cultural centres, cafes and restaurants. In search of these wonderful attractions, I left behind the CBD and caught the metro to Al-Fahidi station. 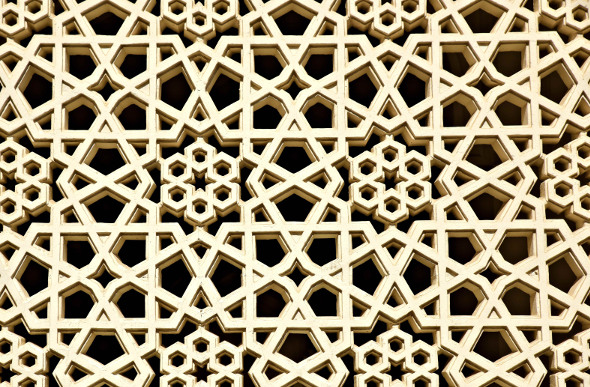 When I emerged at street level, into the dry midday heat, I immediately noticed a difference in my environment. While the streets of downtown Dubai are spotless, they’re also lacking in character.

However, here in the northern section of Dubai, there was a sense of community – lively markets, small corner stores and basic restaurants serving delicious Emirati food such as Machbous and Mishwy.

I wanted to immerse myself in 'old' Dubai, to get a sense of how the city looked before oil money and multinational companies turned it into a modern metropolis.

I found what I was seeking just a 10-minute walk away from the station in the Al-Fahidi Historical Neighbourhood. So neat are the buildings and landscaping of this area that it gives the impression of having been recently built, as opposed to a genuine historic area.

5 Things You Didn't Know About Dubai 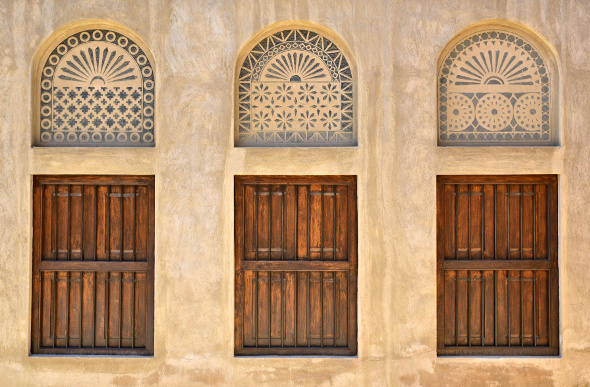 The architecture throughout Al-Fahidi is beautiful (Image: Ronan O'Connell)

Yet Al-Fahidi is an authentic neighbourhood. Fomerly known as Bastakiya Quarter, it dates back to the early 1900s when it was built by Persian merchants who had moved to Dubai to exploit tax incentives.

It remained a thriving hamlet for decades before in the 1960s and 1970s it became run down and its residents began to leave.

Nearly half of Bastakiya Quarter was razed in the 1980s, replaced by a new office building. The rest of the area only survived a similar fate due to a visit in 1989 by Prince Charles, who encouraged the restoration of the suburb. The Dubai government heeded his words and later took great care in restoring the area to its former majesty.

The close to 50 buildings in this precinct have all been meticulously rejuvenated, showcasing their traditional materials like teak, sandal wood, gypsum, stone, frons and palm wood. Their rough, sand-coloured walls contrast wonderfully against Dubai’s typically bright-blue skies. 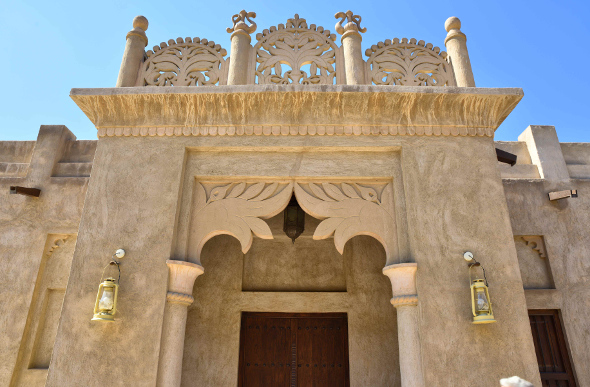 Built in the early 1900s, Al-Fahidi has been meticulously restored (Image: Ronan O'Connell)

Many of these buildings, converted now into commercial premises, have wind towers, a unique feature of Arab architecture rhat has become increasingly rare in the Middle East.

The towers atop these structures funnel wind down into the buildings to act as a natural cooling system, something which was crucial prior to the invention of air conditioning.

Within Al-Fahidi, pride of place is offered to a small section of Dubai’s original city wall from more than 200 years ago.

Al-Fahidi owns a charming location on the banks of Dubai Creek, a waterway that remains a crucial trading avenue, and around which most of the city’s historic areas are located. It is a charming and fascinating area, far removed from the glamour of downtown Dubai. 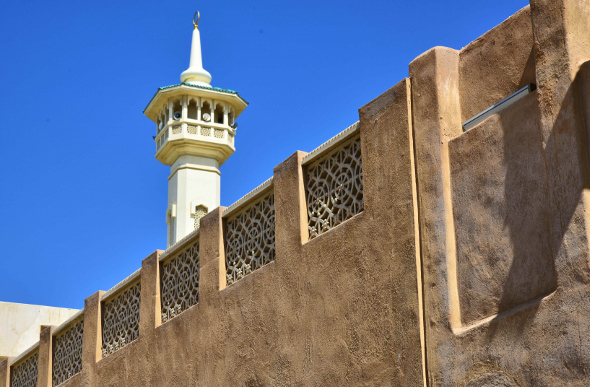 A minaret looms above the low-rise area of Al-Fahidi (Image: Ronan O'Connell)

Visit your local Flight Centre store or call 131 600 for more advice and the latest deals on travelling to Dubai.