On the Sherlock Trail in London: Six of the Best Holmesian Hotspots

On the Sherlock Trail in London: Six of the Best Holmesian Hotspots

For fans of Sherlock Holmes, 2017 is a great time for a London holiday - the spiritual home of the fictional super-sleuth. It's the 125th anniversary of the publication of the first collection of Holmesian stories by Sir Arthur Conan Doyle, and the character has also recently returned to our screens, with Benedict Cumberbatch reprising his role as Sherlock in the BBC series. Touring the British capital, you can seek out some of Holmes' favourite haunts - from both the books and TV show - as well as attractions and establishments inspired by the enigmatic private detective. 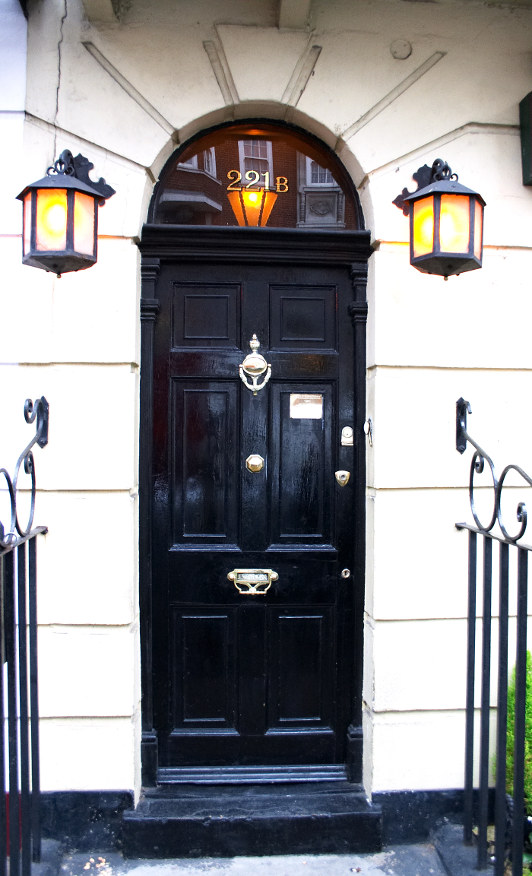 The famous front door where Holmes is said to have lived. (Image: Getty)

One of London's most famous addresses, this is the most popular pilgrimage site for Sherlockians; the place where Holmes and Dr Watson "lived". While many fans are happy enough to take selfies for free outside, others fork out the £15 ($24)  admission fee to enter this Georgian townhouse, which has been converted into a Sherlock-themed museum and gift shop. A series of Victorian-period rooms, including a first-floor study overlooking Baker Street, appear as described in Conan Doyle's stories, and there are waxworks, with Moriarty, Sherlock's nemesis, catching your eye (and camera). Taking the Tube here? Tiled Sherlock murals decorate the nearby Baker Street Underground station.

Around the corner from 221b Baker Street, Madame Tussauds is usually more renowned for its celebrity waxworks - indeed, there's one of a smartly-dressed Benedict Cumberbatch - but in this new interactive theatrical experience, visitors don a deerstalker and are tasked with tracking down Sherlock, who's 'missing'. Helped by Dr Watson, you're ushered to places and moments from the stories - including along lamp-lit Victorian streets, to the dark moors where a "demon" hound lurks and finally to a dramatic "watery" conclusion inspired by Conan Doyle's story, The Final Problem (in which Holmes tumbled to his apparent death after a showdown with Moriarty). The experience usually lasts about ten minutes.

A five-minute stroll from Sherlock's 'home', this four-star Baker Street affair boasts traces of the detective - such as portraits of him, his trademark pipe and magnifying glass - in its 119 contemporary rooms. In the in-house Sherlock's Bar, you can order Watson's afternoon tea: sandwiches, scones with strawberry jam and clotted cream, traditional British desserts and tea/coffee, with Prosecco or a virgin cocktail. The hotel's regular murder mystery parties might entice. You either sit back and dine, watching the actor-led drama unfold, or join in, testing your investigative skills by helping crack the 'whodunnit'. 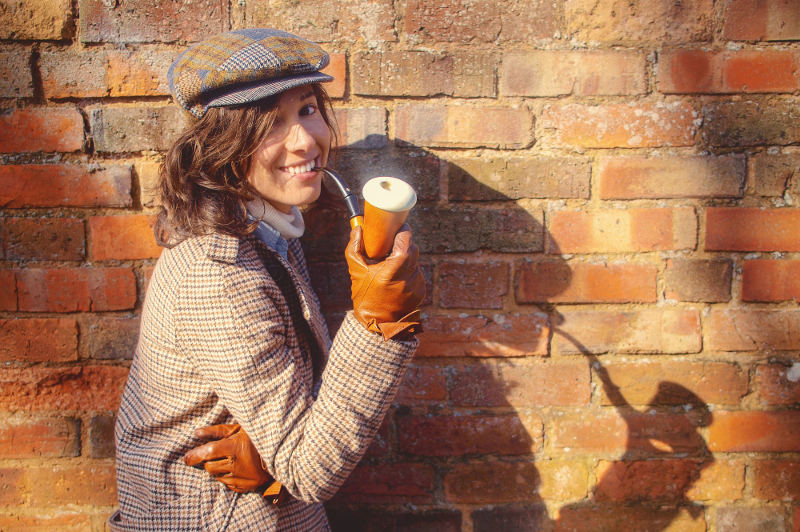 Get your detective hat on for the full Sherlock experience. (Image: Getty)

This backstreet watering hole, situated between Trafalgar Square and the River Thames, is a veritable shrine to Holmes. There's a raft of memorabilia, with a recreation of Sherlock's study and sitting room strewn with objects and photographs related to characters from the books and adaptations. As well as a selection of real ales, you can tuck into freshly-prepared pub grub from the Holmes-flavoured menu, including the Baker Street Irregulars Scampi Salad, Inspector Lestrade’s Favourite Ploughman’s Lunch and Sherlock’s Own Sirloin Steak.

While Conan Doyle's Holmes was more likely to dine at posh Simpson's-in-the-Strand - which the author himself was fond of and is still operating, 189 years after it opened - Cumberbatch's Sherlock is more partial to Speedy's. This down-to-earth sandwich bar and cafe is below his flat in the show, and has featured in almost a dozen episodes, with Cumberbatch and Martin Freeman (Watson) shooting scenes here. It's almost two kilometres away from Baker Street on North Gower Street, near Euston station. If you're peckish, Sherlock & Watson wraps are among Speedy's hot and cold offerings.

You can sign up for various walking tours led by clued-up Sherlockians, who'll take you to sites that have starred both on screen and in the written word. There's no more iconic location than St Bart's. This hospital, north of St Paul's Tube station, is where Holmes and Watson first meet, both in Conan Doyle's story, A Study in Scarlet, and in the first-ever episode of BBC's Sherlock. It also plays a memorable part in The Reichenbach Fall, the dramatic finale of season two, with Watson witnessing Sherlock falling - apparently to his death - from the hospital's roof.