Paradise In Fiji - It's The Little Things

Paradise In Fiji - It's The Little Things

When you live in one paradise, why would you bother visiting another? Wouldn’t you seek out somewhere completely different as a place to take a break? Sure, the Gold Coast and Fiji share many traits – great surfing and fishing, beautiful beaches, a laid-back lifestyle, and options aplenty for the adventurer and those in need of pampering alike – but there is something beguiling about our Pacific neighbours.

Fiji is not about resorts, beaches and cocktails. If that's all you want, stay at the Gold Coast where all three can be found in abundance.

No, it's the little surprises that the place throws at you when you least expect it that make Fiji one of the great holiday destinations of the world. It comes down to the people and their languid approach to life.

It's seeing children laughing and playing in a knee-deep torrent sweeping through their village during a monsoonal flood. Disaster? Huts swept away? No worries! The sun will come out eventually and we'll build another hut. 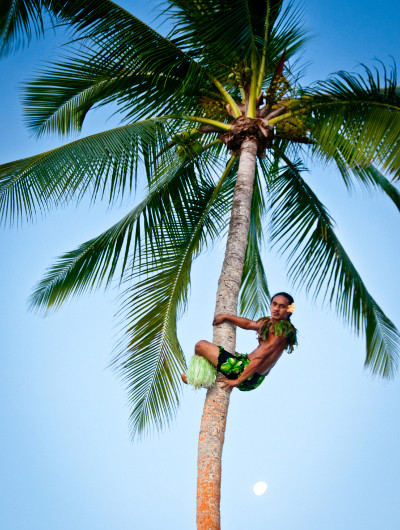 It's watching the village rugby or soccer teams do battle on stony, pot-holed fields with makeshift goal posts and noisy crowds screaming with delight at the sheer physicality of the play.

It's being woken up in the pre-dawn darkness by the beating of the Fijian wooden drum, the lali, calling worshippers to church on Sunday mornings, and listening to the beautiful harmonies carrying hymns out the church doors.

It's pulling up on a remote beach thirsty from a morning in the sun and having a young boy shimmy up a coconut tree to get a green nut full of sweet juice for you to wash away the salt in your mouth.

Step outside the resorts: Do As The Locals Do In Fiji

Check out Fiji's neighbours: Adventures In The South Pacific Islands

Sport and play figure large in everyday Fiji life, and adults there can play with kids for hours. It is one of the great advantages Fiji has over other destinations. The staff at just about every place we ever stayed at would entertain our children relentlessly.

Waiters, barmen and gardeners would line up and play table tennis with our youngest from dawn to dusk, going at it long after a patient parent would have retired bored.

When we were living in Suva and our children were babies, our housekeeper, Wati, would carry them around on her shoulders and hips as if they were jewellery. She would take them up to her village – a ramshackle collection of corrugated iron huts – and they would be absorbed into the giant communal creche that Fijian villages are, doted over by myriad daughters, mothers and grandmothers. 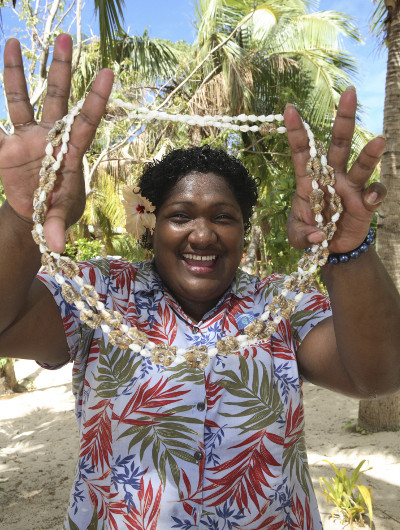 Fijians are known for their genuine warmth. Picture: Getty Images

It mattered not that they were white, affluent and would disappear from their lives eventually; our kids were treated as if they were the village's own.

On our last trip back when the children had grown up enough that they had virtually no memories of their early life in Suva, we took them to visit Wati at Tamavua village. It was as if they had left only yesterday.

Women came rushing out of huts shouting with delight, the boys were smothered in hugs and kisses, old photos brought out and they were overwhelmed with affection.

It is this genuine, heartfelt interest in visitors that makes Fiji a cut above so many bland sun, sea and sand holidays.

You soon learn that it is a very spiritual place. While accommodating just about every religion on the planet, there remains just below the surface an undercurrent of traditional thought, belief and superstition.

I had a freakish brush with the supernatural on a fishing trip. On the eve of the outing, a Fijian friend took me to see his high chief, a powerful man in government who lived in a modern house in the ritzy part of Suva.

We did the traditional kava thing on a mat on the floor in a lounge room that had a surround-sound home theatre system and lovely furniture, and chatted about politics and rugby, which are the two big ice-breakers in Fijian circles. 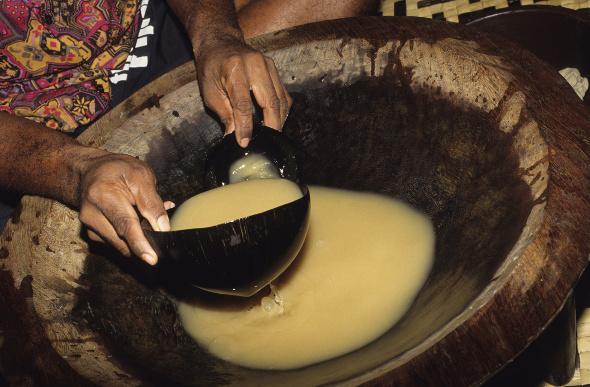 It turns out that this chief's totem was the shark, and he said he would bless our fishing trip the next day and get his shark mates to keep an eye on us in return for a fish or two. Amazingly, for almost the entire day we had two or three sharks following our boat.

Normally this would mean no fish, but despite their presence we caught a boatload, and, bizarrely, none of the fish we caught was attacked by the sharks on their way into the boat. I was gobsmacked, but my Fijian mates just laughed and implied that it was not what you knew but who you knew in this caper, especially if their totem was the shark.

You have to admire a country where every day is an X-Files episode.

As with all destinations, it is meaningless to judge a place by the resorts. Sure, use them as a base, but don't be imprisoned by them.

To get the best out of a trip to Fiji, you have to head out to where the masses are going about their amazing lives.

Five amazing things to do in Fiji 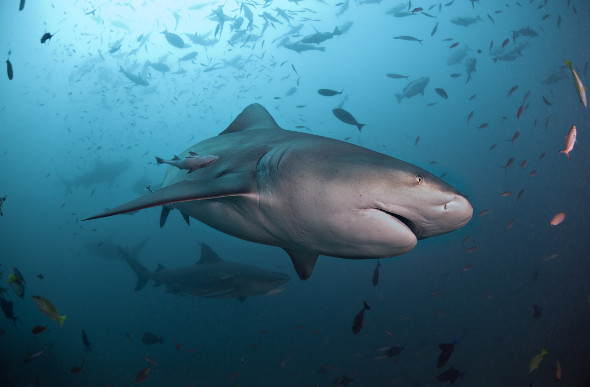 A bull shark with a school of fish in Fiji's Beqa Lagoon. Picture: Getty Images
Fiji