Paris With Benefits: Six Of The Best Day Trips From The French Capital

Paris With Benefits: Six Of The Best Day Trips From The French Capital

With its magnificent monuments, world-class galleries and endless people-watching, you're unlikely to ever get bored in Paris, but there'll probably be times when you crave a break from its hustle and bustle. Whether you're after chateaux, countryside or coastal breezes (and, of course, tantalising regional cuisine), there's heaps of day-tripping potential from the French capital. Many tourists flock to the village of Giverny – to see Claude Monet's enchanting old home and garden – but you'll have more breathing space at these destinations… 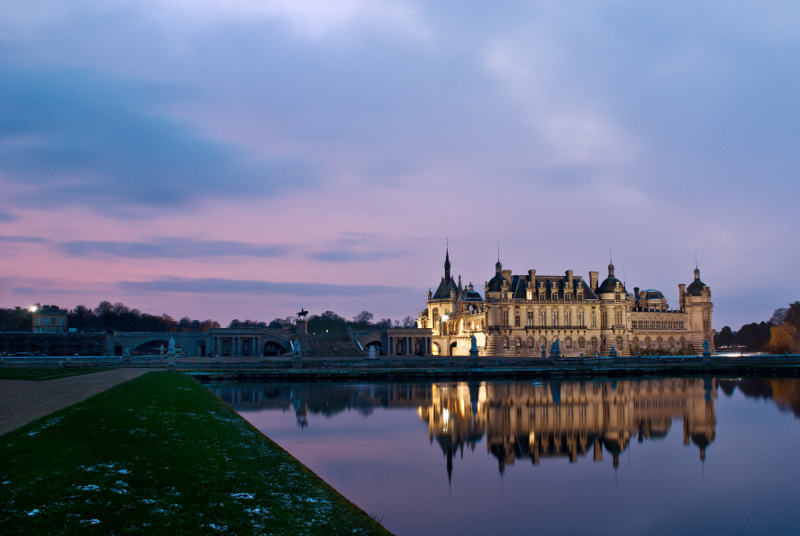 The Chateau de Chantilly is made up of two attached buildings: the Petit Chateau and the Grand Chateau. Image: Getty

While the palace of Versailles – the ostentatious former residence of the 'Sun King', Louis XIV – attracts hordes of visitors, a trip to Chantilly offers a more relaxed chateau experience. You can explore the regal, art-filled suites of the town's richly-furnished palace, which dates back to Renaissance times, but was rebuilt after sustaining damage during the French Revolution. Nose the estate's sumptuous stables and the Museum of the Horse, which celebrates the relationship between man and horse. Stroll around the lake-dotted gardens, then enjoy berries and cakes, laced with whipped Chantilly cream, in a town cafe or tearoom. 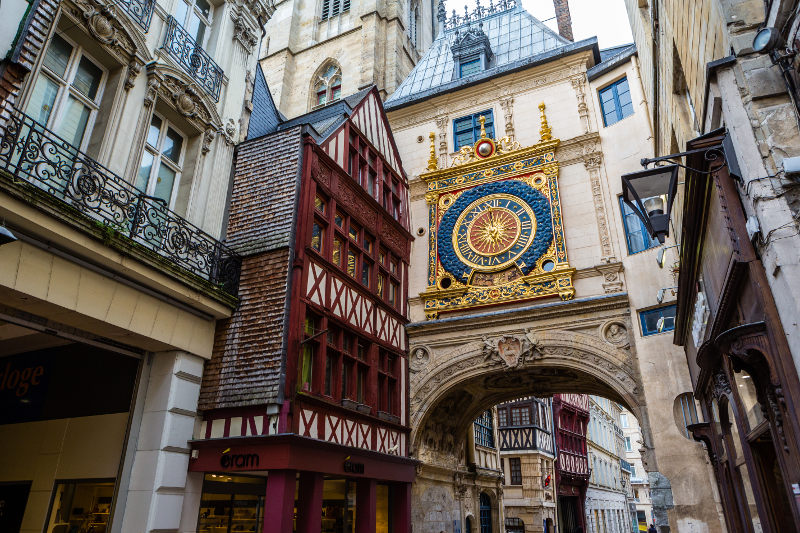 The Gros Horloge is a 14th-century astronomical clock located in the centre of Rouen. Image: Getty

Nestled by the River Seine – upstream from Paris – Rouen is famed for its connections to Monet (who loved to paint this port city's Gothic cathedral) and Joan of Arc (who was burned at the stake here in AD1431). But Rouen is at its most charming when you're lost in its atmospheric web of twisting cobbled streets and squares, which are lined with candy-shaded, timber-framed buildings. Some were pieced back together after World War II bombing raids; the more crooked and lurching date back to the Middle Ages. Not just pretty to look at, they house enticing patisseries, boulangeries, chocolatiers, boutiques, bookshops, bars and restaurants. 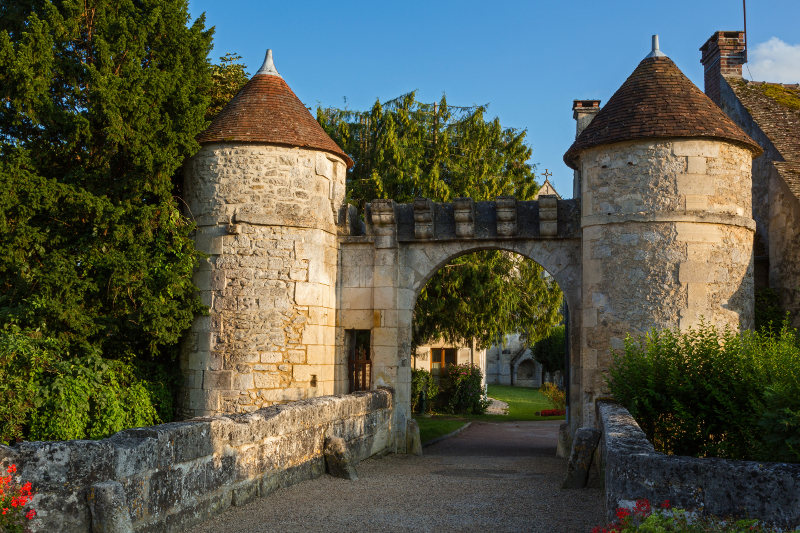 The main gate of the village Saint Jean au Bois, located deep within the Forest of Compiegne. Image: Getty

This quaint town north-west of Paris backs on to a giant forest, which was once a royal hunting ground and today rewards both nature and history lovers. Wander or cycle between its grand avenues of oak and beech trees, pause by its lakes, ponds and springs, and enjoy picnics on its grassy slopes (while keeping an eye out for rabbits and deer). Don't miss the Armistice Clearing memorial. It features a replica of the vintage railroad carriage in which the Allies and Germany officially ended World War I – and was also where the Nazis forced the defeated French to sign another armistice in 1940. The original carriage, incidentally, was taken to Berlin as a symbol of Nazi triumph. 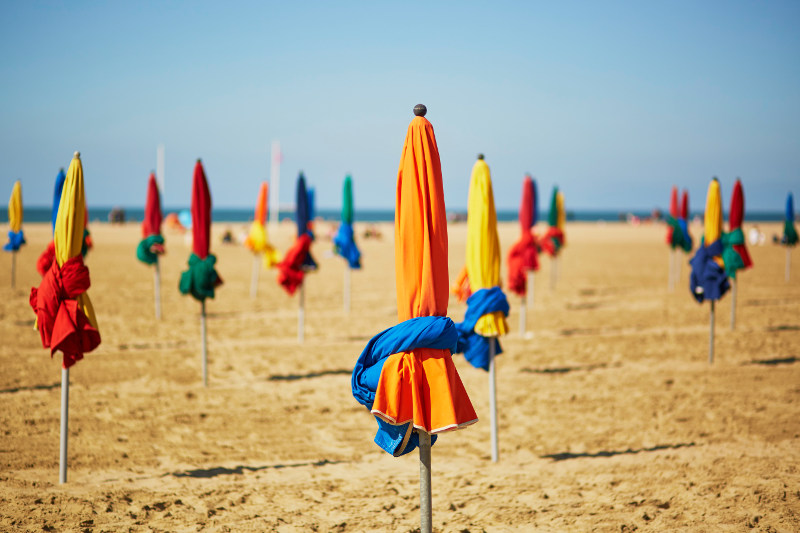 Ready and waiting… the colourful parasols on the beach at Deauville, Northern France. Image: Getty

The so-called jewel of the 'Parisian Riviera' – the Normandy coast – has been a favourite resort with French high society for over 200 years (the designer, Yves Saint Laurent, had a holiday home here). When the sun's shining, it's a treat to mosey along Les Planches (the wooded beach-side boardwalk), savour seafood feasts at the town's chic al fresco restaurants and browse its swanky boutiques, glamorous Belle Epoque-era villas and half-timbered medieval buildings. Deauville also boasts a grand casino and racecourse, and stages numerous noteworthy events, from film and music festivals to vintage car rallies and yachting regattas. 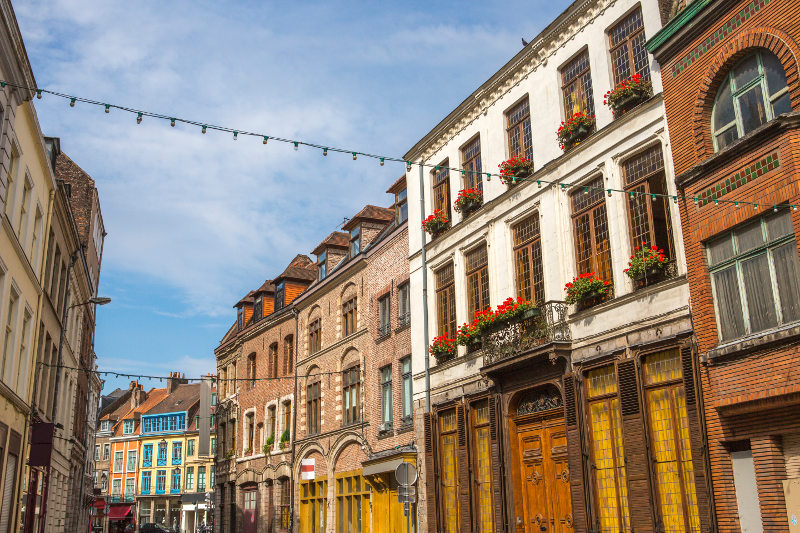 The traditional buildings of Lille have a character all their own. Image: Getty

Hugging the border of France and Belgium, Lille is closer to Brussels than Paris (but is just an hour away on the high-speed train from Gare du Nord). Though it's vividly French in parts – you'll see people munching baguettes with the tricolour fluttering in the background – the city has a distinct Flemish tinge, especially on Grand Place, a central square whose eye-catching architecture could have been plucked from Antwerp or Ghent. While the people of Lille are big cheese eaters – maroilles is a popular local cow's milk fromage – they're also partial to hearty stews, like carbonnade flamande, a tasty jumble of beef, onions and Belgian beer. Not far from Reims lies the famous windmill of Verzenay, built in 1818 and surrounded by Grand Cru champagne grape vineyards. Image: Getty

Also linked to Paris by high-speed rail, this historic city sits at the heart of one of France's most celebrated wine-making regions. The biggest Champagne houses are headquarted here, and run a variety of tours that take in everything from the ancient chalk cellars buried beneath Reims' streets to bubbly-fuelled lunches in the vineyards carpeting the city's picturesque outskirts. Reims boasts several notable heritage sites, including the Porte de Mars triumphal arch – a relic of the town's Roman rule – and the Gothic cathedral, where, for over 1000 years, French monarchs were coronated.