Wishing For A Bigger Stomach In Penang

Wishing For A Bigger Stomach In Penang

Penang is all about the food.

You can’t walk the streets of this Malaysian peninsula, with a population of about 1.5 million, without being enveloped in the smells of some hawker stall cooking Penang Laksa, Mee Goring of Char Koay Teow.

In 2004 Time magazine said that Penang had the best street food in the world.

In 2012 CNNGo included Penang on its list of Asia’s 10 Greatest Street Food cities. 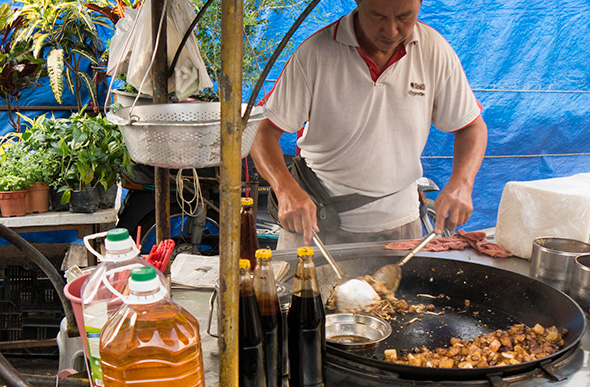 Award-winning street food can be found throughout Penang

“The rest of the country thinks that Penang is the food capital because basically we have lots of varieties of cuisine,’’ our guide Joann Khaw says.

“And we have the influences coming in from the north from Thailand and from the south we have Indonesia (Sumatra) and we also have Chinese.’’

In fact the Chinese make up the bulk of Penang’s population, ahead of the Malays and Indians.

“But the food here is different than in China because of the local ingredients and the influences.  This makes the food very special here.  Lots of people go out and eat. A bowl of noodles or fried rice costs between four ringgit (about $1.50)  and 6 ringgit ($2.10).  So it’s cheap and people can go out a lot to eat and the food is fast and delicious.’’ 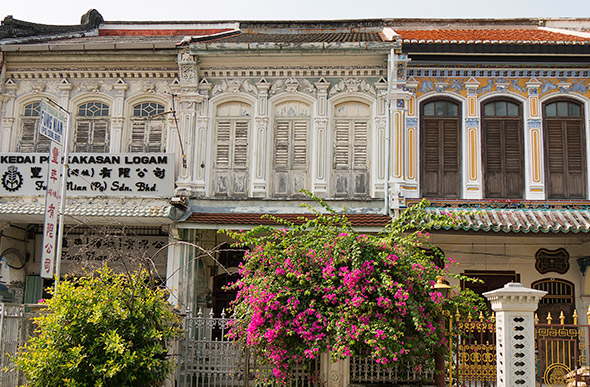 We are staying on the waterfront in the George Town area at the super-plush colonial-styled Eastern & Oriental Hotel which in 1927 was advertised as “the premier hotel east of the Suez” and the guest list was littered with names like Noel Coward, Douglas Fairbanks, Rudyard Kipling, Somerset Maugham and Herman Hesse.

“The dish is known here as Curry Mee or Curry noodles,’’ our guide proudly tells us.  “In Singapore they call it Singapore Laksa.  But to us that is not Laksa.’’ 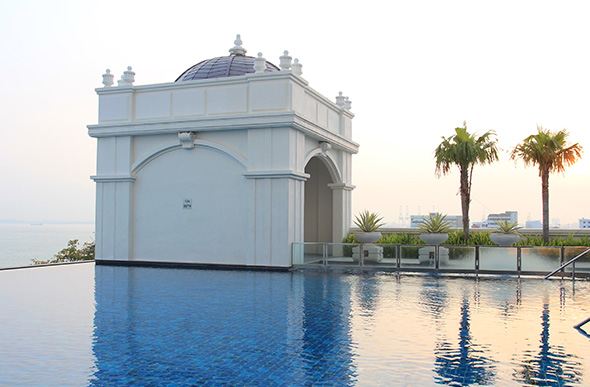 The Oriental Hotel doesn't skimp on the luxuries

There’s a couple of places you must try.  First for laksa, visit the Penang Road Famous Teochew Chendul.  Dating back to 1936, this small eating house is busy, busy, busy during meal times.  The laksa is celebrated around the world – for good reason.

The other place to try, within walking distance, is the Tai Tong dim sum restaurant.  It’s crowded, the chairs are plastic, not a lot of English is spoken, but the food is incredibly fresh, tasty and you can’t help but ordering another dish. And in my case, another dish. 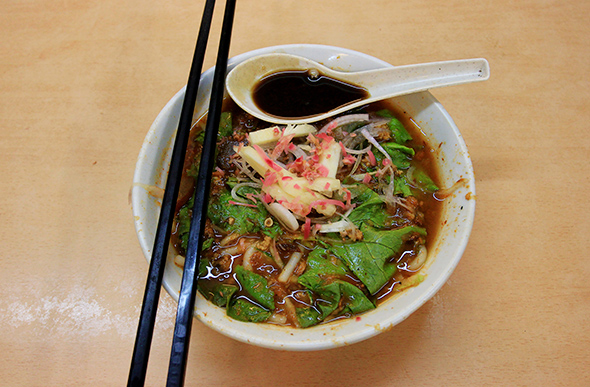 Laksa, Curry Mee or Curry noodles; regardless of name it's still always delicious

If you don’t want to go 100 percent local try China House.  It is the new breed of restaurant in Penang and wouldn’t be out of place in Fremantle or the leafy suburbs of Melbourne.

“It has been here now for a number of years but it is the first to start with this concept,’’ Khaw says. “Yes, it is a café but you can also get fine dining too.  Most of the locals come here for the cakes – the range of cakes here is very good, good portions and the taste is very good with the fresh ingredients they use.  Once you try it you will come back for more.’’

As you walk the streets you can’t help but also be swept up in the amazing street art.  There are at least 51 major pieces worth seeing and George Town seems to have a fascination with “cat art”.

“We love cats and dogs but that particular mural project was organised by an Australian,’’ Khaw explains. “She has a big animal shelter in Langkawi.  The cat mural was a fundraising project to raise money for the animal shelter. 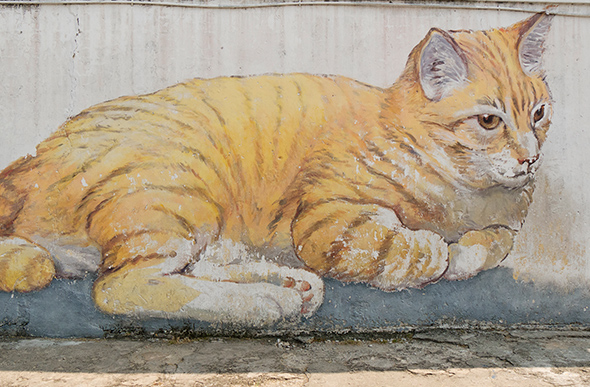 In Penang you don't need to look up pictures of cats on your smartphone; they're everywhere!

“The people in the city are into heritage and arts. A lot are also into performing arts so this drives the interest and so we have many things like the murals.  I think this has helped us become world famous.  We now have a festival called George Town Festival and at that time you can see many things like performing arts, art exhibitions, and cultural performances.’’

“Most people call it a fishing village,’’ Khaw says. “The houses here have stilts and are built over the water.  Part of the reason for this is that they don’t pay land tax because they live over the sea. Still today they pay no land tax, but they must pay a temporary occupation license on a yearly bases to stay here.’’ 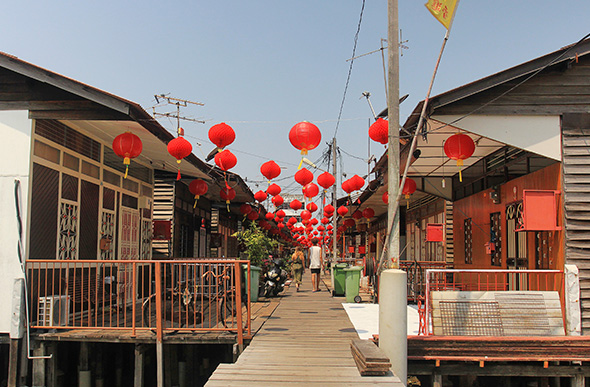