One of my proudest moments as a photographer was exploring Queensland's fascinating backyard. I was thrilled at the chance to experience and capture local beauty in regions so close to my doorstep, which I hadn’t even thought to visit.

For my first trip I drove west from Brisbane all the way out past Roma, shooting stills and timelapses of the Outback’s glorious night skies along the way.

Never one to miss out on a good time, my friend Lee tagged along as my unofficial assistant. We set off with high hopes of witnessing some truly spectacular scenes. 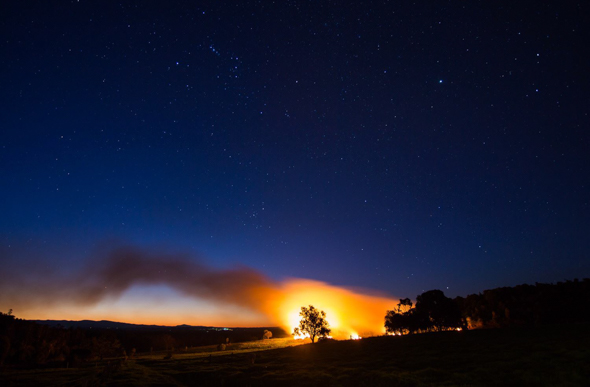 We spent our first night on a friend’s farm in Maidenwell, arriving right on twilight just as a major burn-off was occurring in the main field.

The above long exposure shot silhouettes a nearby tree perfectly, showing off a path of dark smoke gliding down the valley and the brightest stars in the sky above. 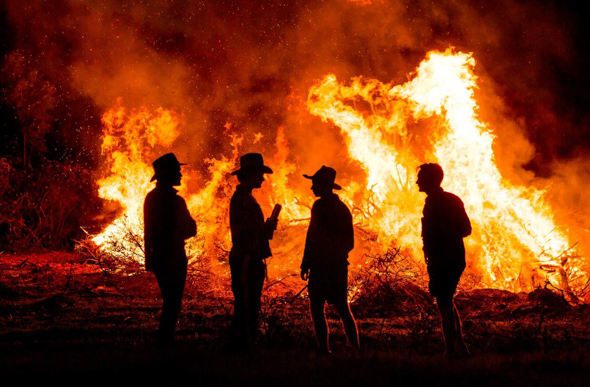 We headed down to the fire and said g’day to the boys who’d already rewarded their efforts with a few beers. I positioned myself to capture a classic Aussie Outback silhouette as the flames slowly started to retreat. 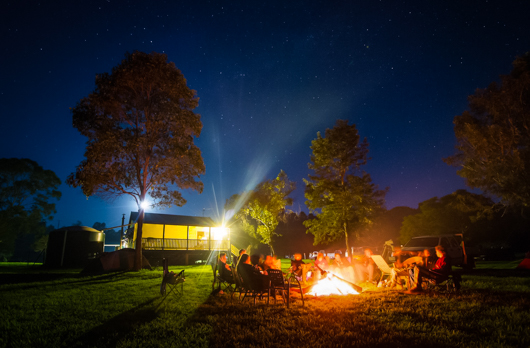 After the burn-off, we tucked into a hearty jambalaya dinner and positioned ourselves around the fire for beers, bush poetry and stargazing.

There’s really no better place to spend a night in the Outback than on a farm. We couldn’t stop ourselves regularly quoting The Castle: "How’s the serenity?" 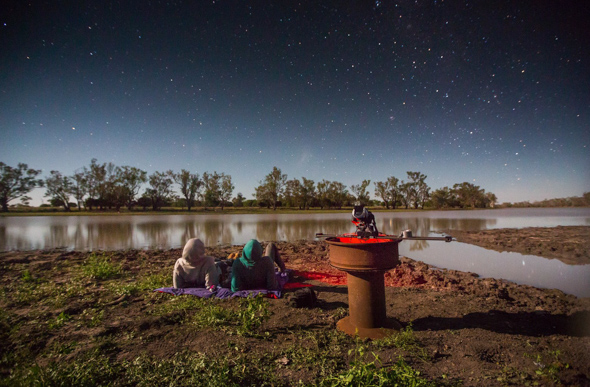 Our second night took us west again past Chinchilla. We travelled further from the light pollution of the big coastal cities, helping our chances of capturing clear night skies.

Camping out on a lake on the property of our B&B, we shot timelapses while waiting for the bright moon to set and reveal the true night sky above. 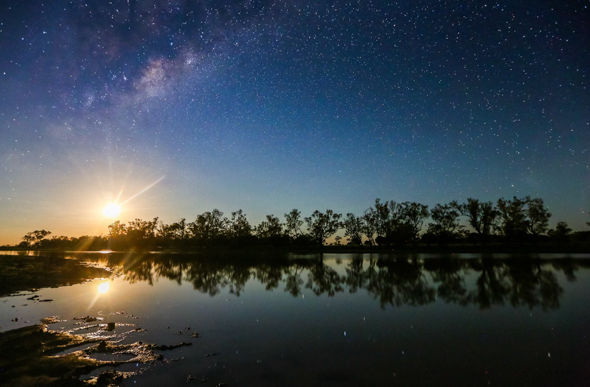 A clear evening offered the unique opportunity to shoot a moonset, right underneath the iconic silhouette of the Milky Way.

I love how bright and colourful the Moon appears under a long exposure. At that time of night, the camera sensor captured far more light and colour than the naked eye ever could. 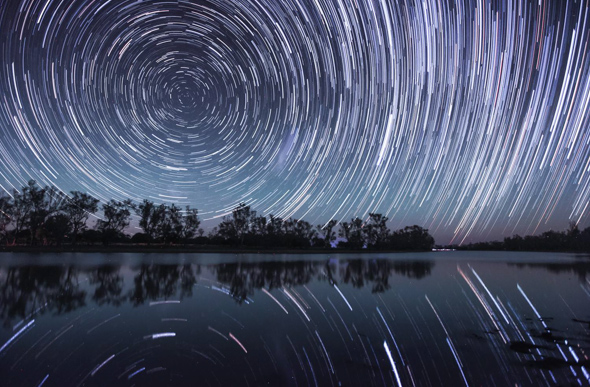 After moonset, the sky opened up and allowed me to shoot a fantastic reflective star trail facing south over the still lake.

A successful star trail creates a beautiful image, but it can take a fair bit of practice and patience to get right. This trail was stitched from a combination of 120 30-second photos taken over the space of one hour.

Due to our position in the Southern Hemipshere, facing south over the lake revealed a circular trail, as opposed to an arched trail when facing north. 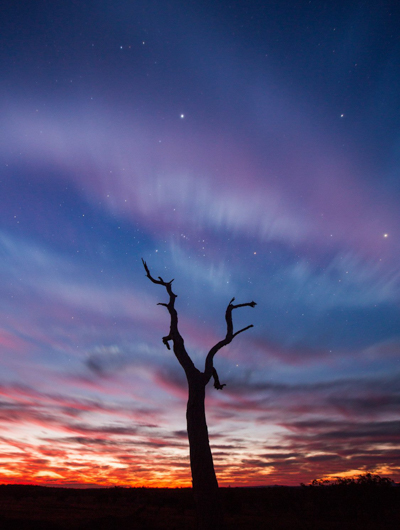 Our last night’s stop was at another B&B west from Roma. We were truly in Outback country now! After a quick tour, we found a great spot for sunset underneath a jagged dead tree at the highest point of the property.

While we were always hoping for clear skies, thin high-level cloud cover provided a rich mix of colours at last light, overlaying the evening's first stars as they flickered to life. 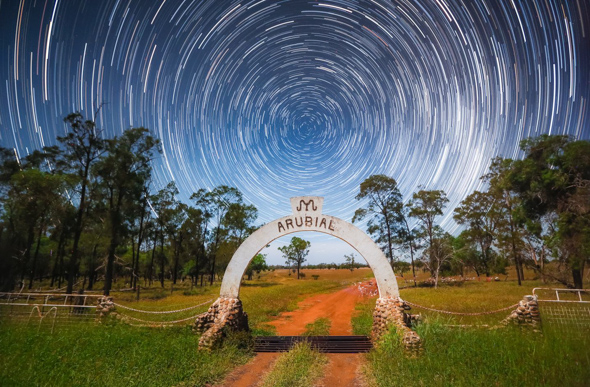 We had to wait another hour for moonset compared to the previous night, so we used the extra moonlight to illuminate the foreground in a star trail over a nearby property gate.

See if you can spot the long-exposure ghosts of some curious cows that walked into the shot about 30 minutes through! 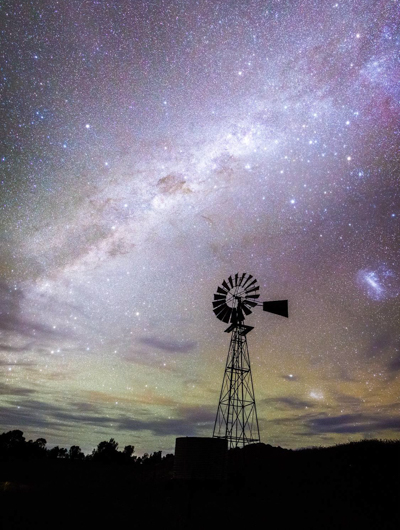 After the Moon finally set, it became obvious how far inland we’d come. With practically zero light pollution, I used my best low-light lens to capture a vertical panoramic of millions of stars silhouetting an iconic Aussie windmill. 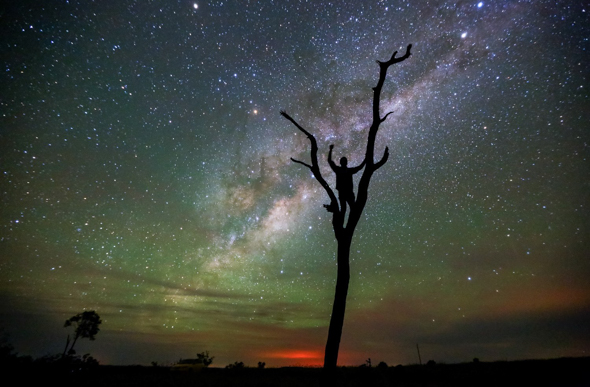 With almost every type of star photograph and timelapse covered, we realised there was still one thing missing: us!

It was a nervous and difficult climb for Lee, but he was brave enough to make it to the top and even agreed to my suggestion of raising one arm. The above photograph caused quite a stir online, gaining over a million views in one day!

I’ve traveled to many places around the world, but I’ve never seen night skies come close to the beauty of those in Queensland's Outback.

We were so proud to be able to share our experience with the world, encouraging aspiring stargazers everywhere to get out and see Australia's best in all their glory.