It’s also the meeting place for my Osaka Walking Tour with JTB Sunrise Tours. Our tour guide, Hashime, presents a retractable pole with a plush Tigger toy attached for us to keep track of him - its humorous impact is immediate. A brief meander brings the group to its first stop, Umeda Tower, a 170-metre tall structure overlooking the entire city. As we reach the top, as if on cue, the sun breaks out through blustery winds. The tower’s 360-degree open-air viewing platform shows off the depth of Osaka’s beautiful landscape and architectural achievements. Our guide points out a nearby building with a highway running through its centre. 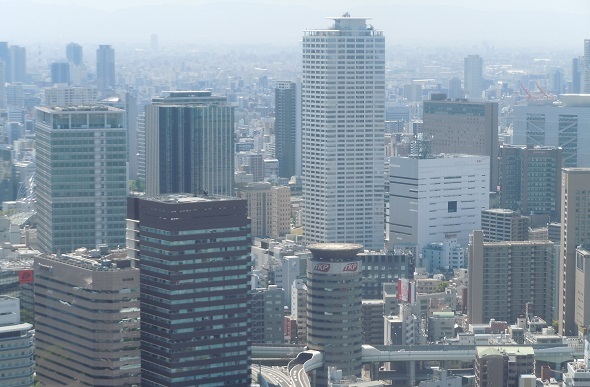 We do some backtracking and lunch at Hotel Granvia’s Fleuve restaurant. This wonderfully lit setting is a celebration of scrumptious French-inspired Japanese cuisine. In true Japanese style, the four-course servings pack delicious flavours. Despite its affiliation with ‘the future’, Japan has very few high-rise apartments and no vibrantly coloured towers lining the streets. This ensures the many historical sites stand out and maintain citywide attention - an admirable move. There are also next to zero rubbish bins outside Osaka’s train stations. This was in response to a terrorist attack in 1995, when a bomb was detonated in a public bin. As an anti-terrorism measure, the number of public bins was drastically reduced and hasn’t changed since. A remarkable solution but it works; the streets are spotless. 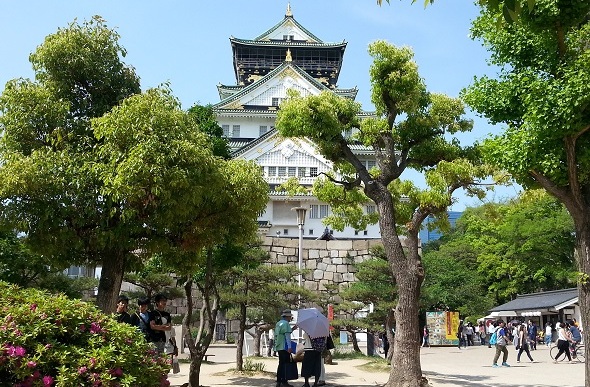 The group exits Temmabashi station on approach to Osaka Castle. This massive fortress, protected by aged but sturdy rock walls, nestles among vibrant greenery and an ancient moat. Plagued by past national disasters and conflict, only four of the 18 original watchtowers remain. With the sun bringing life to the grounds, Hashime talks about the founding of Osaka Castle. He details the leaders who brought the ancient clans of Japan together to make its construction a reality. Hideyoshi Toyotomi, from the 16th century Sengoku period, is a highly decorated figure. Seeing the castle up close is breathtaking, jaw dropping, and a handful of other adjectives. The sheer scale of this age-old building, with its gleaming phoenix, golden-tipped façade and intricate outer carvings, is a fantastic photo opportunity. The inside of the castle is even more astounding. It’s an exhibition, of sorts, devoted to Samurai history. Everything below the top floor prohibits photography but it’s a memorable experience nonetheless, with original weaponry, outfits and documentation - including scrolls and maps - of the era on display. 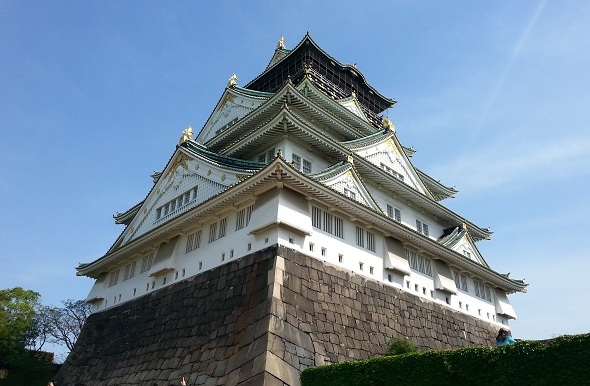 A souvenir store rests atop the castle, where I purchase a wonderfully crafted teal and gold-tinted decorative plate (¥975, about AUD$13). After some photo-snaps of a sun-kissed Osaka from the balcony I head outside to meet up with the group. Some narrow stone steps provide satisfactory seating - a savage grey colour, beaten and jagged from a time of conflict long past. 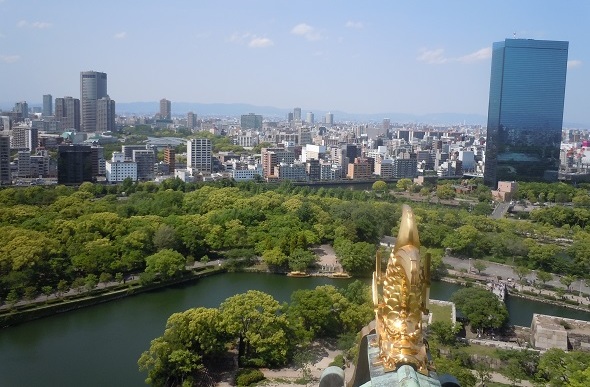 The view from atop the Osaka Castle. (Image: Hayden Waugh)

A cruise down the Okawa River is the last segment of the tour. The group is told about Osaka’s historical sites as we pass under bridges intricately covered in creeper vines. Nearby parks and footbridges are overrun with tourists and local families having picnics and taking photos. It caps off a great day out in Osaka. If the weather is on your side, as it was today, you’ll be swept up in the city’s culture and atmosphere and barely notice the 7 kilometres you’ve covered.

Hayden Waugh is a freelance journalist based in Melbourne who loves his sport.