Oregon’s largest city is big on food. Think farm-to-fork dining to dedicated vegan eateries (and even a vegan mini-mall!), and from kombucha on tap to urban wineries, and there’s plenty of options to eat your way around Portland. But what’s really put PDX on the must-eat map is its trifecta of the most-searched foodie finds: craft beer, gourmet donuts and food carts. Let’s dig right in! 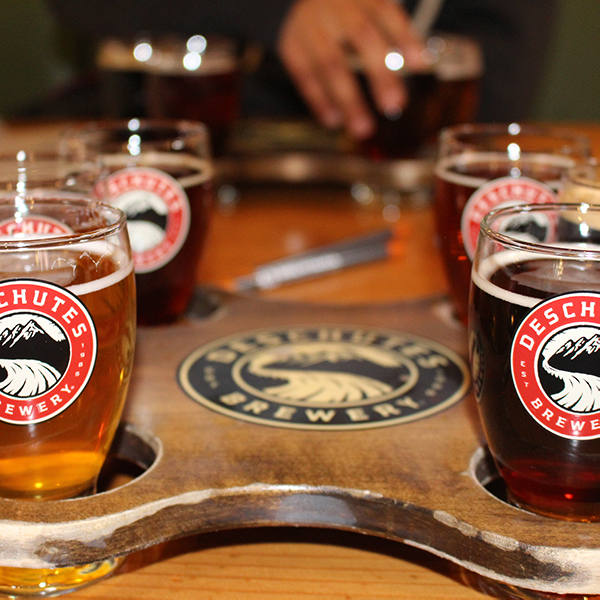 With over 75 craft breweries in the city limits and around 1,000 options on tap, you better believe Portland froths over its IPAs and lagers. In fact, on a Brewvana Portland Brewery tour, I learn that Portland is the fresh beer capital of the world. 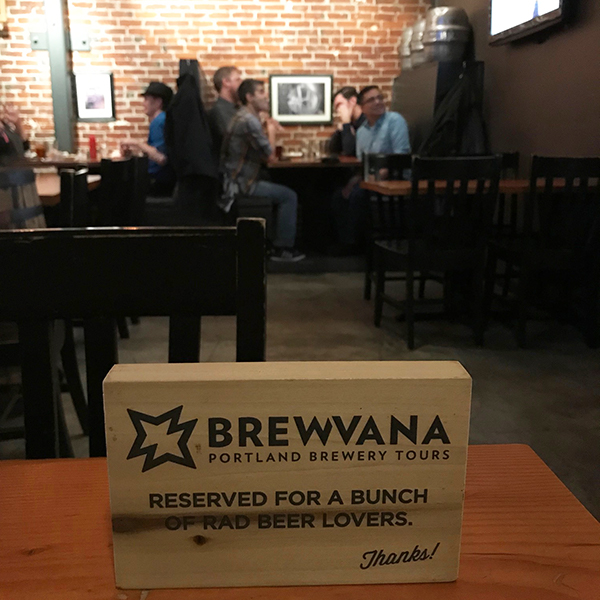 My guide and self-described beer nerd, April, takes our small group on a Beer Love In The Pearl walking tour of the Pearl District, stopping in at three craft breweries along the way. Our meeting place is Deschutes Portland Public House, an inviting, airy space of cosy wood and aged barrel accents, where we sample a beer flight of six Deschutes brews. Working from a light lager through to malty ales and dark stouts, we sample seasonal, classic and brewers’ creations. 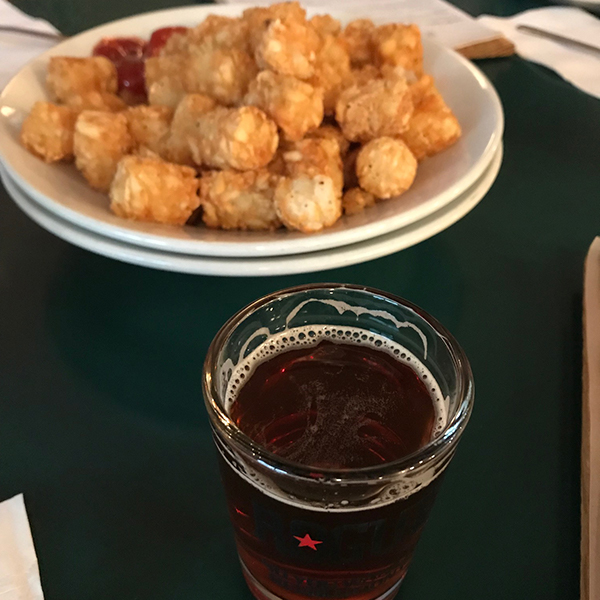 Next up is Pints Brewing Company, where we walk past the brick-walled bar into the backroom tap room and spy brewer Matt tending to the small-batch barrels. We down three more samples here – a kolsch, IPA and porter – before heading to the final stop: Rogue Distillery and Public House. Rogue Nation brews are the most exported beer from Portland, says April, and it's here that I also get to try the last of a seasonal fave – Rogue Farms Pumpkin Patch Ale, as well as a doughy malt ale, a rye IPA and a cold brew (infused with coffee for an extra kick). Best way to soak up all those craft brews? With a couple of bowls of tater tots – yum! 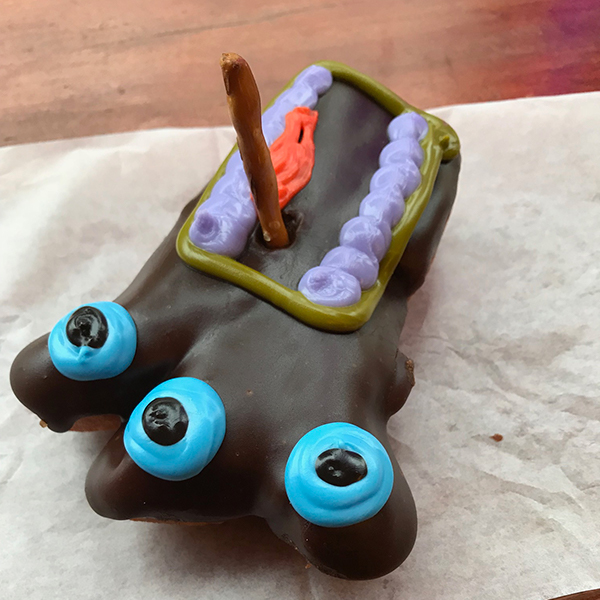 Beervana tour guide April says there’s no such thing as a bad donut – I tend to agree – and the doughy rings most people associate with Portland are from  Voodoo Doughnut. You’ll find their original pink-festooned storefront in Downtown Portland where it’s not unusual to encounter queues down SW Third Avenue, however the inclement weather on the day I visit means I just stroll right in. Order a quirky flavour (Bacon Maple Bar or a cereal-studded donut?) or grab a pink box to go. Bonus: it’s open 24 hours. 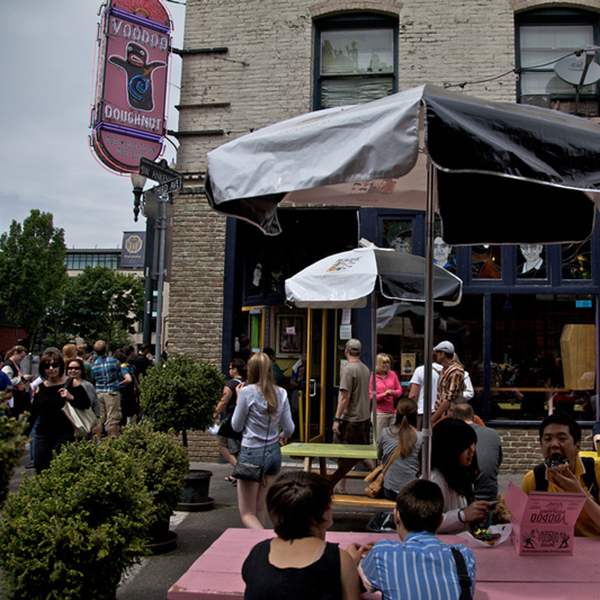 Voodoo Doughnut knows how to draw a crowd at its original location. (Image: Travel Portland)

Another quirky fave is Blue Star Donuts (there’s also an outlet at Portland International Airport) for the inventive options on offer. Nibble on a Blueberry Bourbon Basil ring or maybe try a seasonal flavour like the Carrot Za’atar Fritter? Seriously, try them all! Pip's Original Doughnuts might be mini but they're mighty delish. (Image: Travel Portland) Did you know Portland has more than 700 food carts? Me neither, until my Food Cart Tour of Portland with guide Brett Burmeister. In Portland, food carts are clustered into pods where you’ll find a few vendors in a lot – much easier than chasing your fave mobile van around town! The biggest is the Alder Street Food Cart pod at 10th Avenue and SW Alder Street in Downtown Portland, where around 60 carts congregate for city workers and travellers alike to nosh on. 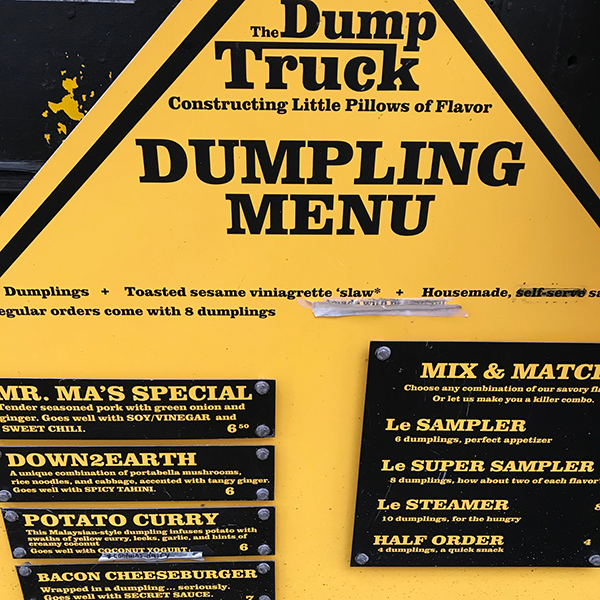 Nong’s Khao Man Gai, which specialises in one dish – khao man gai, Thai-style poached chicken rice – and has amassed a loyal following since its inception in 2009, is one of Portland’s most popular food carts. Other local longstanding faves in the Downtown pod include Savor Soup House, which uses seasonal produce; The Grilled Cheese Grill for cheese toasties; The Whole Bowl; and #1 Bento – a Korean barbecue food cart. Asian food cravings can also be sated at The Dump Truck – Chinese dumplings with just the right amount of bite, and Bing Mi! – a fan fave on top 10 Portland food cart lists for the eggy North Chinese-style jian bing wraps. 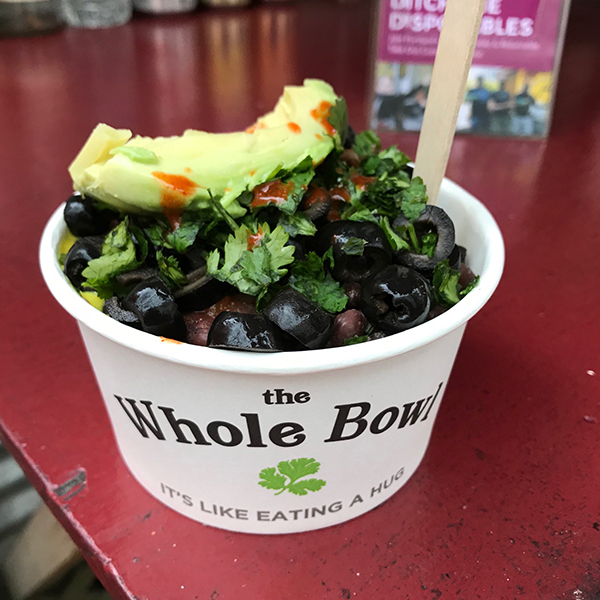