Now, the secret’s out. If you’re looking for a different kind of beach break, consider laying out your towel on one of these beautiful stretches only the locals know about. 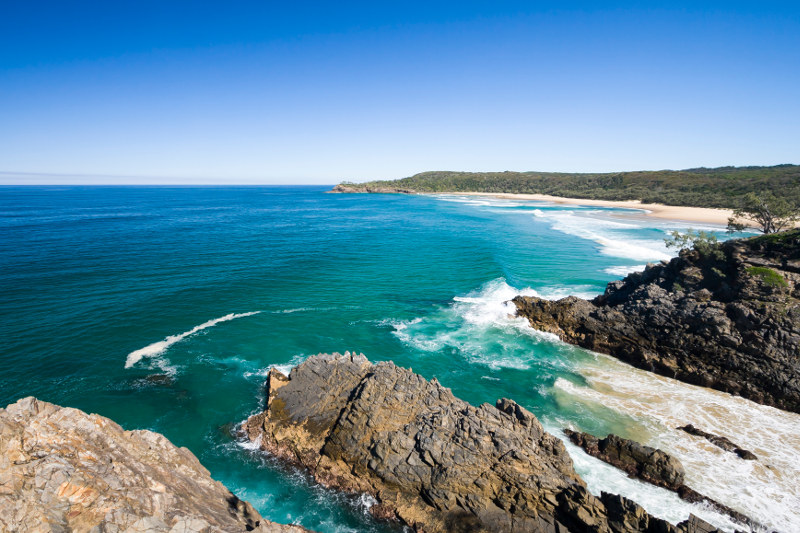 Alexandria Bay is a hidden paradise down a three kilometre walking track.

Hidden away in Noosa National Park and accessible only via foot through scrubland, ‘A-Bay’ is well worth the mission. An easy three kilometre hike rewards sun seekers and surfers with a typically uncrowded stretch of sand and rolling barrels.

Originally a tiny settlement of summer beach shacks for local farmers, Hydeaway Bay maintains a sense of total seclusion all through the year, where fishing, snorkelling and swimming are almost the only things to do. Keep your eyes peeled for marine life, such as dugong, dolphins, whales and turtles. 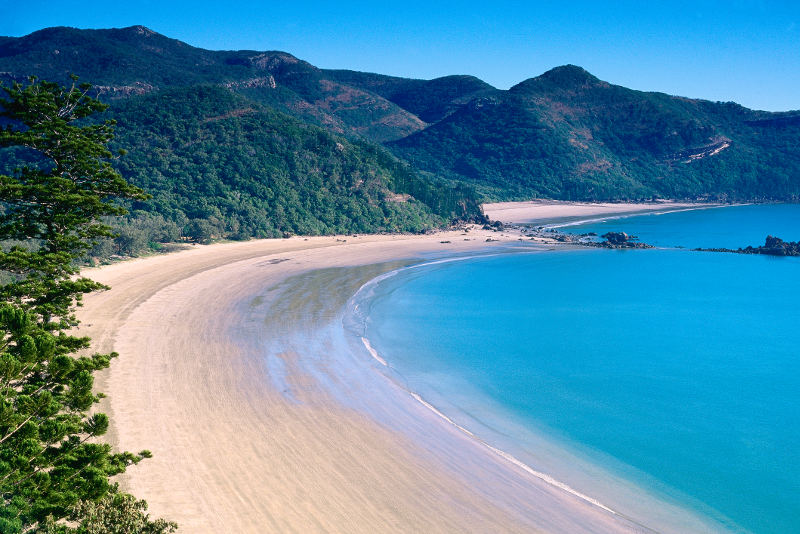 Cape Hillsborough is known for its stunning scenery and friendly local kangaroos.

It’s not other beachgoers you’ll share the sand with, but rather wallabies at Cape Hillsborough. Where the rainforest meets the Coral Sea, the area that surrounds the sandy shores is also home to over 150 bird species, 25 species of butterfly and other wildlife.

Agnes Water’s claim to fame is that it sits opposite Queensland’s northernmost surf beach. Between the waves, the calm crystal-clear seas lapping at Agnes Water’s laidback shores (and nearby Town of 1770) call to kayakers and stand-up paddleboarders. Nearby Deepwater National Park has plenty of 4WD-access-only beaches to explore, too. 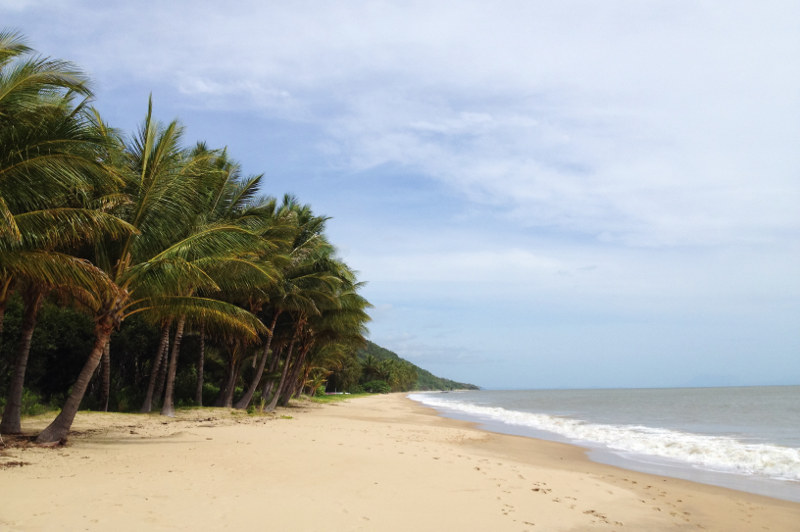 The quiet shores of Ellis Beach are a welcome break from touristy Cairns.

Ellis Beach is surprisingly untouched, given its proximity to popular Palm Cove. The five-kilometre stretch is perfect for family days at the beach, as patrolled areas feature stinger nets between November andMay. The Ellis Beach Bar & Grill is a favourite post-dip lunch spot with locals. 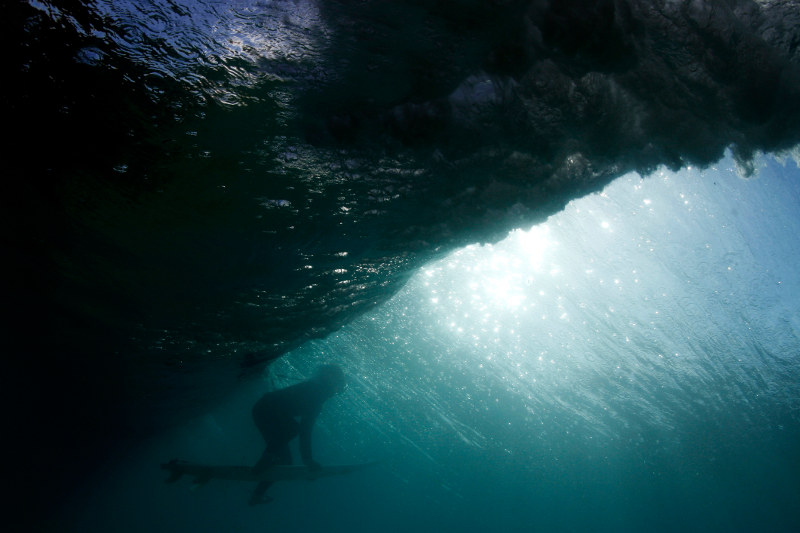 Mudjimba is one of the Sunshine Coast's best kept surf secrets.

You could almost roll off the plane and onto Mudjimba Beach it’s that close to Sunshine Coast Airport. Yet, this peaceful village is often completely off the radar for out-of-towners. There’s an open beach break for surfing, a playground for the kids, parklands, fantastic local cafes, and barely any tourists. 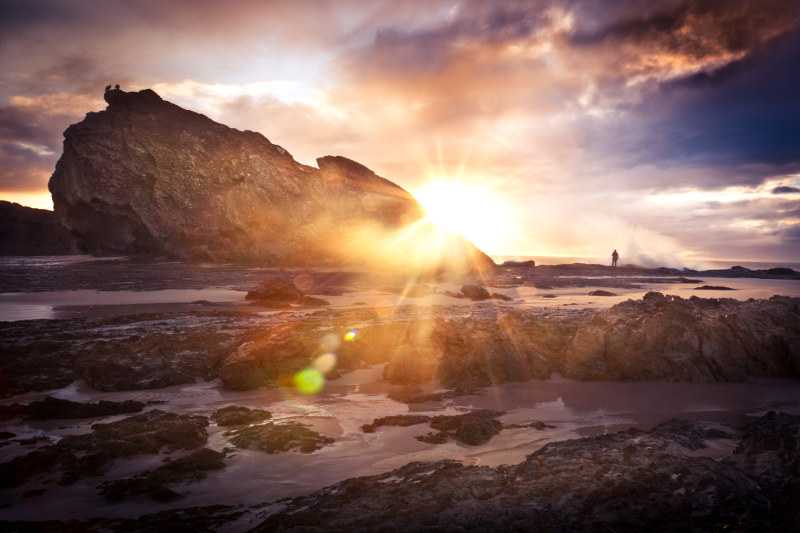 Currumbin is gorgeous from sunrise to sundown, for surfing, swimming, fishing and all the rest.

With pounding waves alongside a calm inlet suitable for young families and stand-up paddleboarders, Currumbin is a mecca for water lovers. Exuding a chilled-out village vibe far removed from the busyness of Surfers Paradise, this local haunt can’t be beat on a sunny day – especially with a post-swim pint at popular new local brewery Balter. 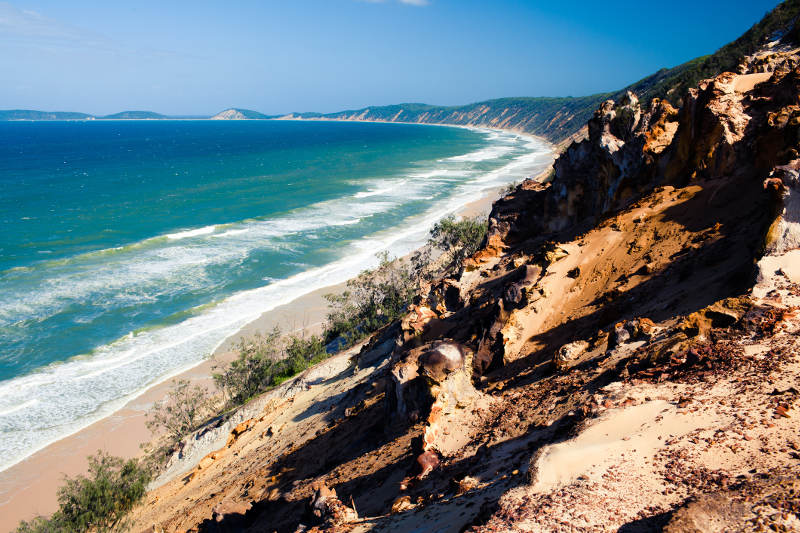 The sand dunes at Rainbow beach deserve more than a quick trip to be explored.

Natural sand dunes roll into aquamarine water on Rainbow Beach. This wilderness wonderland serves as a gateway to Cooloola National Park and World Heritage-listed Fraser Island. Tackle the Great Beach Drive, try some of the best fishing in the state, or simply kick back on the golden sand.