Iceland is famed for its awe-inspiring natural beauty, from ash-and-lava-spewing volcanoes to the dreamy Northern Lights. What the country is less renowned for is its endearingly quirky capital.

Home to 200,000 people - almost two thirds of Iceland's population - Reykjavik is not just the springboard to scores of exhilarating adventures - from snowmobiling on glaciers to riding Icelandic horses - it's also a terrific place to hang out, with a slew of unique spots in which to eat, drink, shop and sightsee.

Reykjavik's compact centre is made for leisurely ambles, but it's best explored, initially at least, with the enthusiastic guides of Reykjavik Bike Tours.

As you pedal, you'll learn how their home town developed from a remote Viking fishing village to one of Europe's most prosperous cities, and discover the history behind notable local icons, such as the Hallgrimskirkja, an eye-catching hill-top church designed to echo Iceland's volcanic nature. 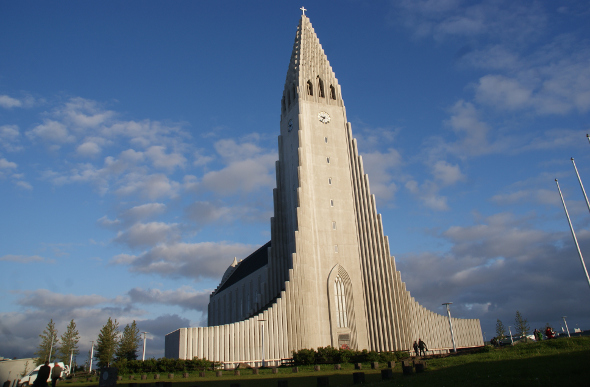 Columns on either side of the church tower represent the basalt lava flows that pepper the country's weird and wonderful landscapes, and you can take the church's lift for panoramic views of Reykjavik and its scenic mountain-fringed harbour.

Down on the waterfront looms the city's newest landmark, the giant, sparkling cube-shaped concert hall, Harpa.

It was a controversial project; built, at a cost of A$320 million, when Iceland's economy had hit rock-bottom after the 2008 Global Financial Crisis. But the Harpa has become a symbol of Iceland's economic recovery and cultural prowess; playing host to esteemed philharmonic orchestras, and other musical talents, from across the world. 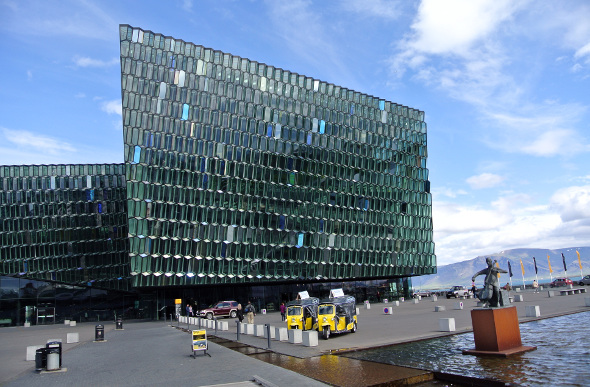 Most of the architecture you'll find in central Reykjavik is far more humble (think: colourfully-painted one, two and three storey 19th century buildings made of wood and corrugated iron).

Some are lived in; others house independent, tourist-friendly businesses in and around Laugavegur, the city's main, pedestrianised thoroughfare.

Get blissfully hot and steamy here. Get Steamy In Iceland At These 5 Hot Lagoons

You'll find funky boutiques selling everything from woolly sweaters and lava beads to fish skin purses and vinyls from Icelandic bands such as Sigur Ros and Of Monsters and Men (not to mention kitsch Viking-related souvenirs).

In intimate, arty coffeehouses like Stofan and Reykjavik Roasters, you can rub shoulders with hip, multi-lingual Icelanders (and enjoy punchy caffeine hits). 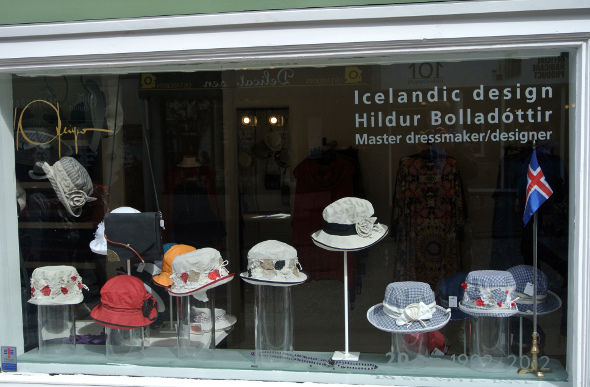 The capital has heaps of cosmopolitan shops and restaurants (Image: Steve McKenna)

Alcohol is pricey here - think A$12-plus for a pint - but nightlife, as you'd expect in a town founded by Vikings, is vibrantly boozy, especially in summer, when the sun barely sets.

Cool drinking joints include Lebowski Bar - which is themed on the Coen brothers' cult movie - and Apotek, whose 'pharmacists' rustle up artisan cocktails.

Icelandic cuisine doesn't have the best reputation internationally because of traditional fare like fermented shark and whale steaks, but Reykjavik has heaps of top-notch cosmopolitan restaurants.

Who's For A Reindeer Burger

Reindeer burgers and horse tenderloin - as well as whale - are served at Grillmarkadurinn, which, like another highly-rated eatery DILL, is a pioneer of 'new' Nordic food.

The audio-visual exhibitions at Volcano House detail the volatile tectonic activity that is constantly reshaping Iceland, while Aurora Reykjavik recreates the bewitching Northern Lights using HD projection (this is of particular interest if visiting Iceland outside peak aurora borealis season, which is between October and March). 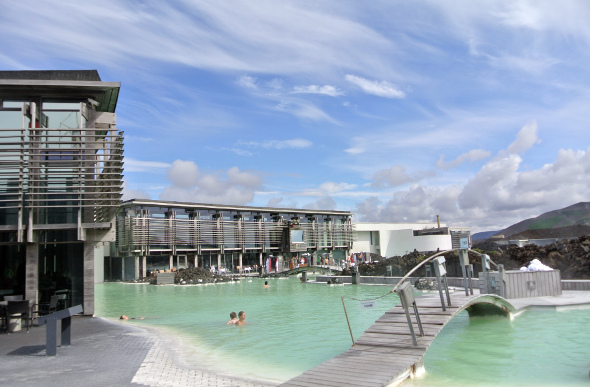 An Icelandic trip isn't complete without soaking your tired muscles in a geothermally-heated pool.

The Blue Lagoon Spa - near the international airport, 50 kilometres from Reykjavik - is perfect for envy-inducing photos, but most locals prefer taking a dip in the more under-stated, wallet-friendly baths of Laugardalslaug, or at the man-made geothermal Nautholsvik beach.

Visit your local Flight Centre store or call 131 600 for more advice and the latest deals on travelling to Reykjavik.