Rediscover Your Inner Child with Disney

Rediscover Your Inner Child with Disney

Disney fans can now enter the lush world of Pandora, complete with mountains floating in the sky, rainforests pulsing light and breathtaking flights above an alien moon on the back of winged banshees  at Walt Disney World in Orlando, Florida.

Bioluminescent flora and night-time programming add to the experience, where cave paintings give hints of Na’vi culture, and the sounds of animals not of this world suffuse the alien jungle.

The Avatar Flight of Passage attraction sends explorers on a simulated flight above Pandora, while the Na’vi River Journey takes families in reed boats along a sacred river. 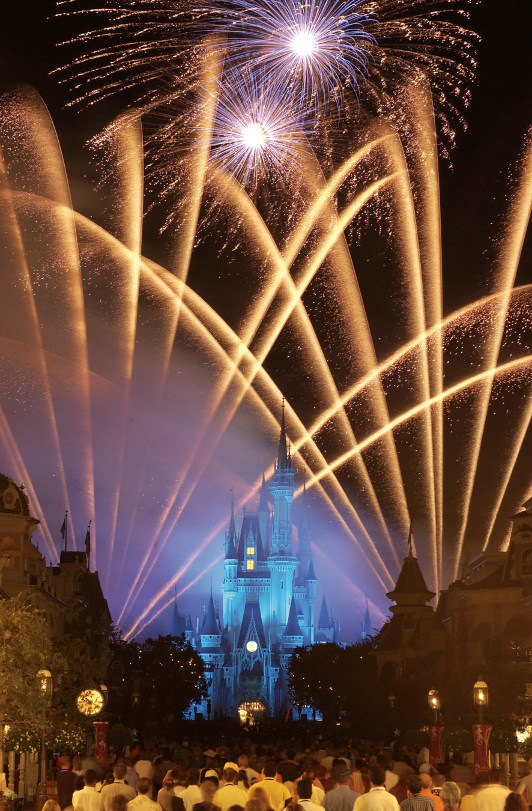 Fireworks over a fairytale castle will gladden any heart. Image: Walt Disney World

It’s enough to make even the most grown up of grown-ups feel like a kid again, in the great tradition of Disney attractions. From the Twilight Zone Tower of Terror to futuristic Space Mountain, the endangered species in Disney’s Animal Kingdom Park or the retro fun of Hollywood Studios, Walt Disney World is truly for the young and young at heart.

“Walt Disney World is a world of surprises. My grown-up cynicism melted away the moment I boarded Disney’s Magical Express at Orlando International Airport with my family for an eight-day adventure. Much-loved Disney tunes serenaded us along the way and I started to feel, well, happy.

“There’s nothing like the thrill of hurtling up and down a haunted elevator or seeing my son’s eyes light up as we make the jump into hyperspace – but it was the surprises that won over this Disney skeptic.

“There was a strong focus on sustainability as we spotted black rhinos in the African savannah; the family feel of eating leftovers at ’50s Prime Time Cafe (keep those elbows off the table); and the ease of navigating 144 attractions, 380 restaurants and 126 shows with the help of the MagicBand wristband.

“Add to that cheering on a whip-cracking Indiana Jones as he dodges that boulder, and oohing and aahing as Mickey battles good and evil in the Fantasmic! show experience, and adults turn back into kids.

“So book your flights, get your MagicBand, schedule your FastPass, remember your sunscreen, fill up on coffee and explore ‘the happiest place on earth’.”