Christmas Island is the kind of place where you can create your own eco-adventure holiday, and lying just 10 degrees south of the equator, it’s warm year-round and the flora and fauna are unique and plentiful.

Being the cropped-top of an ancient sea-mount, this Australian territory is small – a rock in the middle of the Indian Ocean, surrounded by pristine coral reefs, topped with lush, green rainforest, home to several species of nesting sea birds, giant robber crabs and around 50 million red land crabs. 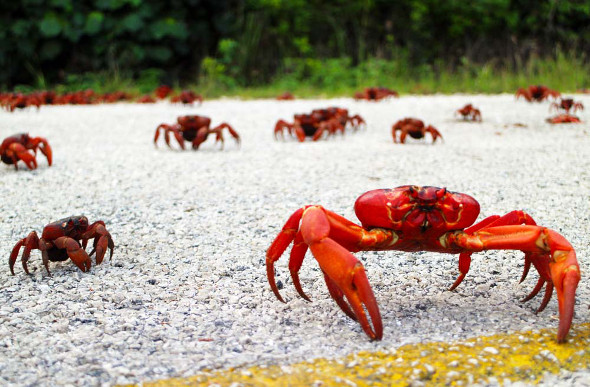 Crabs have the run of Christmas Island.

It’s special. Special to everyone who visits the island, and those who live here, well, it stays with them for life.

Carl Vogelsang grew up here, and after 34 years, with some help from Flight Centre, he returned for the first time with his family. 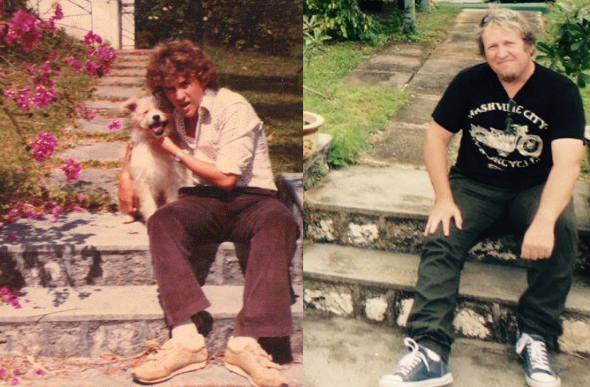 Carl Vogelsang then and now.

“It has been 34 years since I left the island as a 16-year-old in 1982,” Mr Vogelsang says. “There are several levels of feelings – overjoyed to be back home, curious to see the changes, as well as interested to see if my memory stacks up. So far so awesome!

“What I remember most fondly about living here was having the jungle behind the back yard where I would spend hours roaming around.”

Jungle Surfing: Transformations In The Treetops

There are hiking trails criss-crossing the island, through that jungle, taking you to places like the Dales along marked trails that wind through temperate rainforest and waterfalls. Look down along the way and check out the tens of millions of crabs throughout the forest, from the abundant red crab to the massive robber crabs. 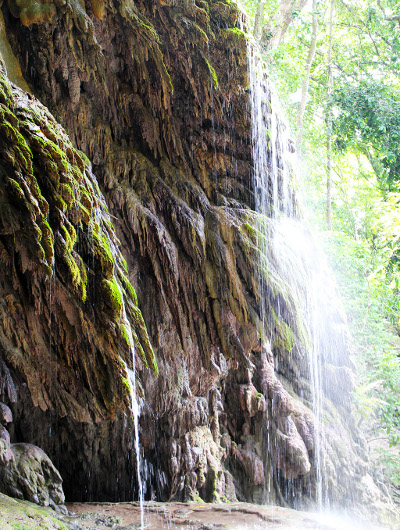 Waterfalls delight in the Dales.

Another trail will take you to Daniel Rue caves, a large cave system with beautiful stalactites and stalagmites and home to a large colony of small bats. There are other little features of natural wonder scattered throughout the island: remote beaches where turtles nest, a little sunny grotto of salt water and the blow holes on the south coast where the Indian Ocean is forced up through volcanic shafts, expelled in plumes of spray. 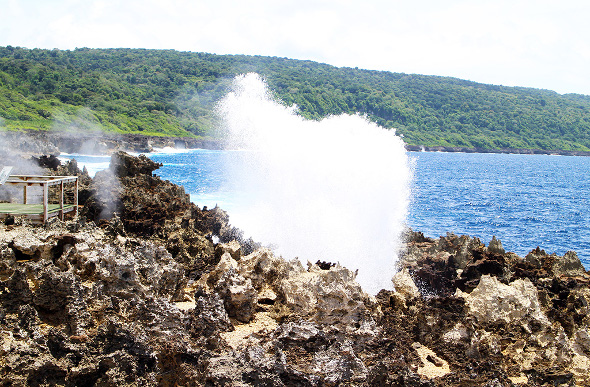 The blow holes are an explosive sight.

Looking up, large frigate birds can be seen riding the ocean breeze, scanning the waters below for dinner. Looking down, you might find some brown boobys nesting on the ground, their eggs, laid literally on what amounts to a huddle of sticks and stones.

“Growing up on CI, my fave activities were mostly centred around the cove, Ethel Beach and Scouts,” Mr Vogelsang says. “Fishing took a high priority. Knew quite a few awesome spots around the cove for both line fishing and hand spearing.”

Flying Fish Cove is arguably the best shore dive in the world, and certainly one of the world’s best places to snorkel. There are more than 200 species of reef fish in water that, at its coldest, is 26C. 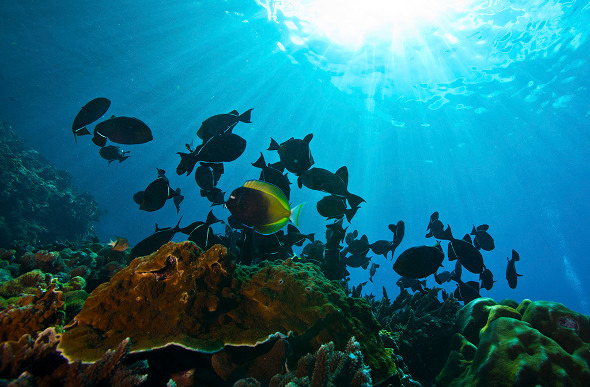 More than 200 species of fish live in Flying Fish Cove.

Other options include kayaking, fishing and scuba diving. The almost vertical drop-offs surrounding Christmas Island often give divers on the pristine coral reefs the opportunity to witness manta rays, whale sharks and spinner dolphins passing by out in the deep blue.

And all this in a place where, at the end of a great day’s exploring, a multicultural society offers the prospect of a great curry, an authentic Chinese dish, or good old-fashioned fish ‘n’ chips with a cold beer or a chilled chardonnay at the Golden Bosun Tavern – the best place on the island to catch the Indian Ocean’s stunning sunsets. 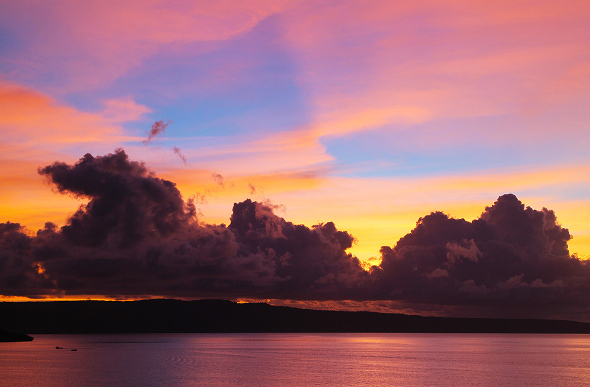 “For people thinking of visiting, especially former islanders, do it, feel it, soak into it and it will be with you forever,” Mr Vogelsang says.

“My wife, Natalie, and my daughters Lillian and Anastasia, fell in love with the place from the moment the car left the airport,” he says. 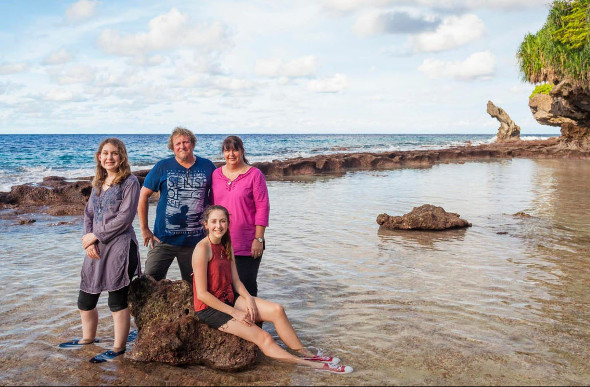 Carl and his family fell in love with Christmas Island.

“Instantly the stories became real as the much talked-about red crabs were instantly on show. The best thing for me is that the girls have now seen the places only once described in stories, from Dolly Beach to the Cove drop off.

“And yes they love the place and the people they met, who welcomed us with open arms.”