I spent New Year's Eve up a mountain.

It was in the middle of nowhere in Umbria, but this place had an amazing view. I went to bed, woke up in the morning and there was a foot of snow, so I was snowed in for New Year and it was absolute heaven. I just sat and wrote for three days.

All trips have changed me.

That's the point of travel really, isn't it? Every time you go away you come back slightly different. The first time I went to South Africa I was quite apprehensive, especially going to Johannesburg, but it opened my eyes – I really enjoyed it.

I went to Falmouth by accident.

I'd never been to Cornwall before, but do you remember that ash cloud over Iceland? Well, I was supposed to be going to Turkey on holiday and then that happened and all the flights were cancelled. But I had a week off, so I drove down to Cornwall and booked a cottage on the way, and I ended up in Falmouth. I went to get supplies from the local shop and as I was walking down the high street I thought "I could live here" – that doesn't happen very often. 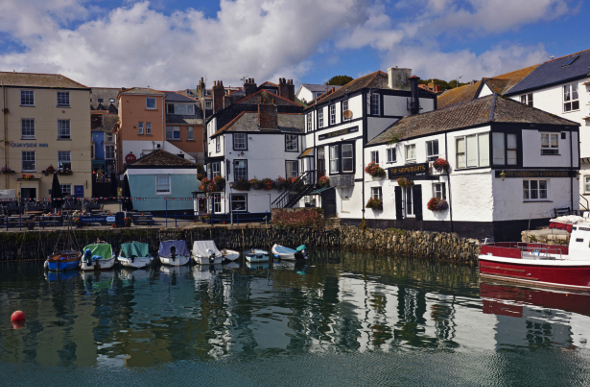 I'll play anywhere, but I've got a real fondness for Portugal.

There's not much health and safety going on there. A lot of places have really clamped down, I've noticed. I was at one gig in America where there were two huge signs almost half the size of the stage either side saying "both feet must be kept on the ground at all times". It's kind of a mood crusher. But I don't think they worry about that in Portugal, everyone just wants to help each other out and have a good time.

The best thing about my job is that I get to travel the world.

It doesn't ruin travel, but during my off-time I never really wanted to go anywhere. I'm changing now, but before, when I had time off, I just wanted to sit on the sofa and watch Murder, She Wrote.

It's because we get a lot of visas and you have to send it off. Once I left my girlfriend in Ibiza to do a gig in Ireland and when I got there and looked at the passports I realised I'd taken hers. So I had to get three flights back to Ibiza, go through security, hand her the passport and go back through security again. It worked out cheaper than posting it. I was late for one of the flights so they held it for me and explained to the other passengers. I had people constantly singing Kaiser Chiefs songs during that flight.

I think I ate deep-fried fish bone in Japan.

I went to this authentic restaurant. It was good, but sometimes when I breathe out through my nose I can still taste it. At the same restaurant, they were serving chicken sashimi, just flesh of raw chicken. I didn't have that. 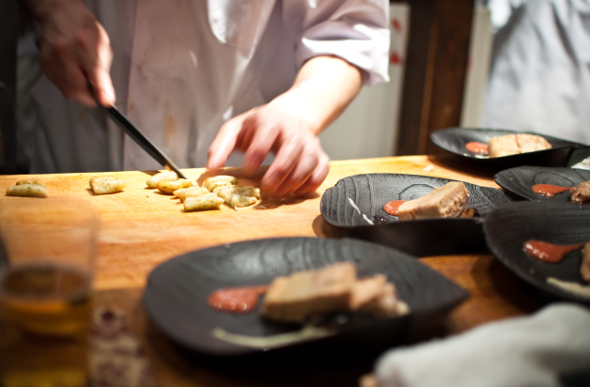 Sometimes when I eat on my own I have a little notebook, so it looks like I'm reviewing it.

People feel sorry for you eating on your own, but I love it. If it's a Monday and I'm in New York, I always go to PJ Clarke's. They only do ribs on a Monday and they're the best I've ever had. I'm usually on my own there.

The best part of coming home is cooking.

I'm not very good at it, and it's not that I'm a flamboyant chef or anything. It just identifies the fact that you're at home.

All of my The Voice colleagues are good at different things, but Tom's name could open a lot of doors. I think it would be relaxing. We're both into the same things; we both like going out to dinner, we've been to dinner a few times. And we'd be in bed by a respectable hour.