On The Fantabulous Roald Dahl Trail In Britain

On The Fantabulous Roald Dahl Trail In Britain

Everyone has a favourite Roald Dahl story. The Twits, perhaps? Or The Witches? Maybe James and the Giant Peach?

On this, the 100th anniversary of Dahl's birth, and with the Steven Spielberg-directed The BFG out in cinemas 30 June, it's a great time to renew your acquaintance with this most swizzfigglingly fantabulous of writers (and the creator of Gobblefunk, a dictionary of invented words).

Dahl was born to Norwegian parents in Cardiff and christened in the Norwegian Church by the Welsh capital's waterfront (the world's greatest exporter of coal back then). A place of worship for Scandinavian sailors and expatriates for over 100 years, this whitewashed wooden church is now a Welsh and Nordic-flavoured cafe and arts centre, and contains a Dahl gallery that pays homage to the city's famous son (who was named after the legendary Norwegian polar explorer Roald Amundsen).

A two-minute stroll from here, facing the cultural mecca that is Wales Millennium Centre, Roald Dahl Plass is a sprawling public space that regularly hosts civic events and festivals. On September 17 and 18 it will be just one of the iconic Cardiff locations to participate in Roald Dahl's City of the Unexpected. 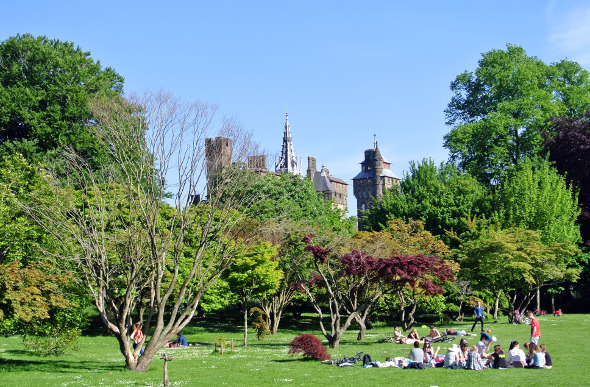 Bute Park is planned to be one of the sites used during Roald Dahl's City of the Unexpected in Cardiff (Image: Steve McKenna)

Helmed by Sydney-based Nigel Jamieson who directed the opening ceremony of the 2000 Sydney Olympics, this gloriumptious spectacle will feature over 6,000 performers and blend some of Dahl's quirkiest stories with arresting visuals and much magic and mischief.

Secrecy shrouds the event, but there's talk of Brain's Brewery, which overlooks the River Taff, doubling up as Willy Wonka’s Factory, while a huge Dahlian picnic is planned for Bute Park, the lovely leafy space edging Cardiff's eclectic castle.

This prim, picturesque Buckinghamshire village, nestled by the Chiltern Hills 60 kilometres west of London, was Dahl's home for 36 years. Its main draw is the Roald Dahl Museum and Story Centre.

Housed in a 16th-century coaching inn on the high street, with Gobblefunk words like 'flushbunkingly' and 'swizzfigglingly' etched onto its facade, this multi-award-winning attraction entertains the whole family.

For grown-ups, it's a nostalgia-inducing treat. You're sure to discover stuff you never knew about the author, who was also a fighter pilot, diplomat, spy and writer of steamy adult stories and murder mysteries, as well as being something of a giant himself (he loomed at 1.98 metres tall). 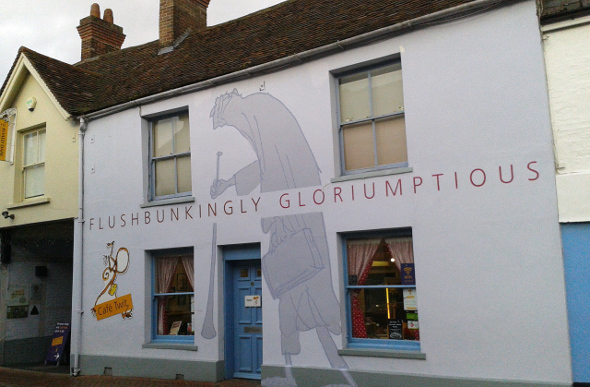 For children, the museum is a fun-packed introduction into the joys of Dahl-dom, with a raft of video and audio, interactive, push-button screens and contraptions, and hundreds of still exhibits (including the gaudy purple outfit worn by Johnny Depp's Wonka in the 2005 Charlie and the Chocolate Factory movie).

The museum's centrepiece is Dahl's 'Writing Hut', which used to be in the back garden of Gipsy House, his Great Missenden residence. Dahl would shelter there to escape the 'real world' and craft his wacky creations. Its cluttered interior remains pretty much as he left it.

Delumptious cakes are served in the museum's onsite cafe and there are leaflets for self-guided trails that show how the local area shaped Dahl's stories. A timber-framed house on the high street apparently inspired Sophie’s "norphanage" in The BFG, while Angling Spring woods, on the village's outskirts, is the imagined home of the Fantastic Mr Fox.

Dahl died in Oxford in 1990, but is buried at Great Missenden's Church of St Peter and St Paul. Pilgrims can make the trek up to see his gravestone.

Adaptations of two of Dahl's best-loved works are among the most popular shows in London's West End. Owned by Andrew Lloyd Webber, the gorgeous Theatre Royal on Drury Lane plays host to the antics of Charlie Bucket, Augustus Gloop and, of course, Willy Wonka and his Oompa-Loompas in its production of Charlie and the Chocolate Factory. It's directed by Sam Mendes, the Oscar-winning director of American Beauty and Skyfall. 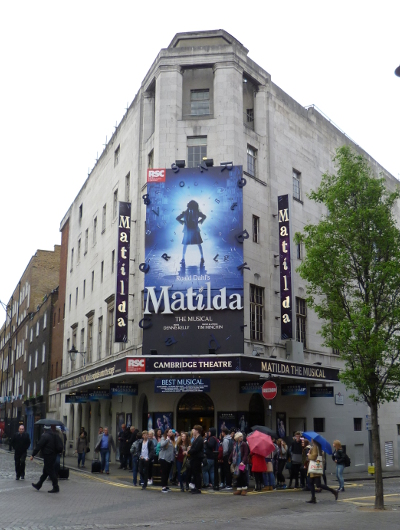 People line up for Matilda the Musical in London (Image: Wikipedia)

Also on Lloyd Webber's roster is The Cambridge Theatre, whose Matilda the Musical won a record-breaking seven Olivier Awards in 2012. Backed by the Royal Shakespeare Company, this eclectic collaboration between London writer Dennis Kelly and the multi-talented English-born Australian Tim Minchin continues to garner rave reviews as audiences lap up the tale of Matilda Wormwood, an extraordinary child with gruncious (awful) parents.