The mohawks may be slicked down and the tattoo parlours now cater to a trendier clientele, but you can still spot the beatnik beauty spots in New York's East Village. Once a capital of counterculture, the East Village was the stomping ground of many a creative boundary-pusher, from the Ramones to the New York Dolls; Madonna to Jimi Hendrix.

'Bobby Pinn' is a self-confessed rock'n'roll historian who swapped a life at the inner sanctum of the music industry to take the musically curious on walking tours through the Big Apple.  I recently tagged along on Bobby's East Village Rock Tour and got the low-down on this Lower Manhattan hub of bohemia. 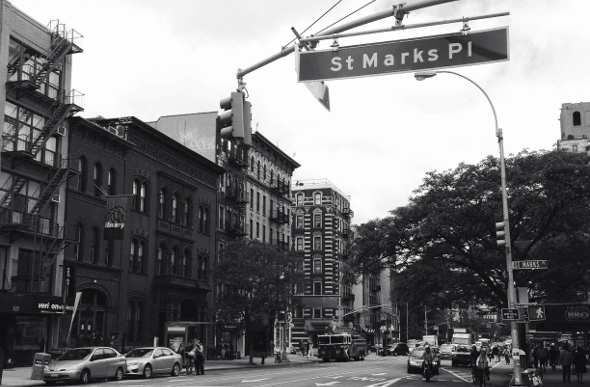 St Marks Place: The cultural epicentre of the East Village

The Times They Are A-Changin'

The whole game changed for the East Village in the mid-1950s, when savvy realtors and town planners saw the potential that lay in the sprawling Lower East Side. Ripping out an elevated train line and giving the neighbourhood a new sobriquet saw artistic types migrate across from the West Village; their canvases, berets and ripped jeans in tow.

By the time the Swinging Sixties were well underway, the East Village was abuzz with students, musicians and flower children. Effortlessly cool with an organic undercurrent, the East Village became a major site of 'happenings' and movements.

The A-list runs long when it comes to the people who used the East Village as their creative playground (Andy Warhol) as well as those who have called it their home (Lady Gaga). Now notably less edgy, filled with yogurt shops and yoga studios, the East Village remains a time capsule of an age when art, music and fashion were pushed to their limits. 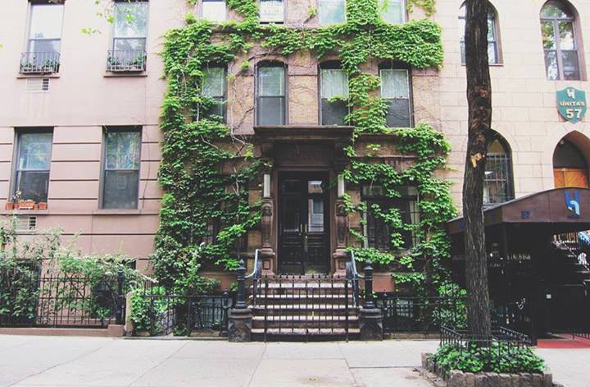 Rather than a group of snap-happy tourists roaming the Village, visitors happily gather round and hear the tales spun by Bobby Pinn at each point of interest. Over the course of two hours you can expect to see abodes of rock gods and jazz legends, music venues that defined subcultures, backdrops of album artwork and iconic institutions captured in song and literature.

Bobby Pinn kicks things off at the St. Mark – just another tenement to the naked eye, this unit block was home to legendary rocker Joey Ramone for more than two decades. The Ramones feature heavily in Bobby's tour, from 'Joey Ramone Place' to the wall where they shot their infamous self-titled LP cover. In a happy coincidence, our group was lucky enough to meet Roberta Bayley herself who captured that very shot.

Sadly, the venues where the magic happened during the East Village's heyday have shut up shop. Now living out its life as a bank, the former Fillmore East is a name that will be familiar with old-school rock'n'rollers, once housing genre-defining headliners who recorded live albums in the Fillmore's confines. Then there's CBGB, catalyst for the explosion of the punk scene. What other music venue could have an entire gallery dedicated to it at the Met museum, or would have its urinals saved for historic merit? 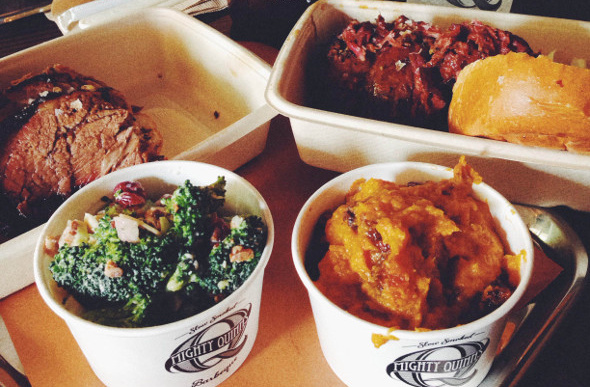 Even if you're not particularly keen on rocking and/or rolling, Bobby's tours shed an intriguing light on places you would probably never notice on your own, like the facade that features on Led Zepplin's 'Physical Graffiti' cover, or the quirky corner store that birthed the New York Egg Creme.

While the rents may have skyrocketed and the parks filled with more young families than slam poets, you can still feel a sense of that special something that drew wide-eyed dreamers to East Village. Bobby also runs Rock Junkets through Greenwich Village and Union Square, as well as walks focusing wholly and solely on the Beatles and 'A Day In the Life' (of a  New Yorker); promising plenty of ways to get your rock on.