Behind The Scenes At Rome's Cinecitta

Behind The Scenes At Rome's Cinecitta

It started as a Fascist propaganda factory, was bombed during the Second World War and became a giant refugee camp, all before ending up as the hub of Italy's film industry.

Few movie studios on the planet have a history as turbulent and fascinating as Rome's Cinecitta, which has been used to film international blockbusters such as Ben Hur, Ocean’s Twelve and Gangs of New York, plus hundreds of Italian films.

Tourists can learn about this history while getting amazing access to the backlots of Rome's most revered film studio on daily tours of Cinecitta, which is nine kilometres south-east of the city centre. 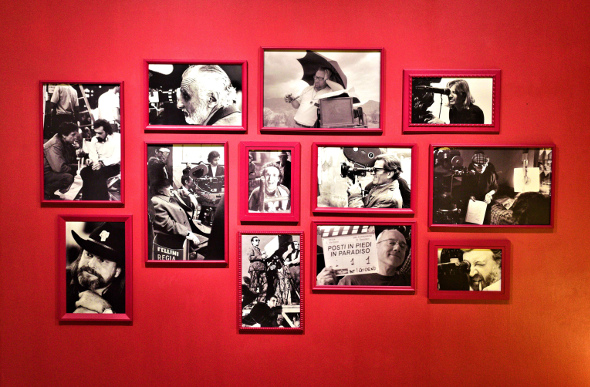 In the 1950s and 1960s, many major Hollywood movies were filmed at Cinecitta (Image: Ronan O’Connell)

These tours start in Cinecitta's brilliant onsite museum before snaking through its backlots, where visitors wander through elaborate settings used in famous movies.

There were only eight guests on my tour of Cinecitta, which made it easy to interact with our guide who spoke mostly in Italian, but gladly offered explanations in English as well.

Passing through the electronic gates that separate Cinecitta’s sprawling front garden and museum from the backlot, I was instantly reminded that this was not just a tourist attraction, but a thriving studio.

Executives dressed in suits sauntered past, phones glued to their ears. Creative types held animated conversations. Workmen scurried about carrying cables, battery packs and spotlights. Movies were being made.

This reinforced how privileged I was as a guest to get such a rare level of access to a busy movie studio. While the hour-long tour did not include visits into the giant buildings where indoor filming and editing take place, we were able to freely roam several huge sets. 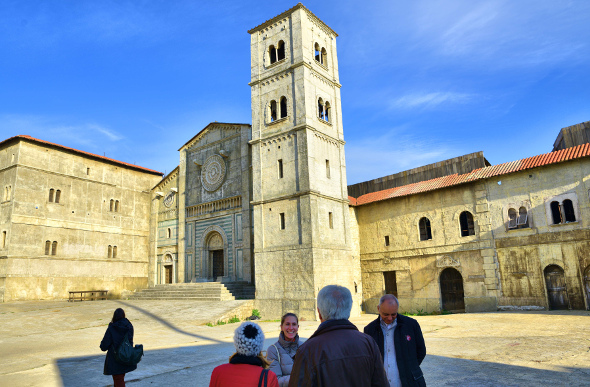 We turned a corner and saw an ugly wall of scaffolding. Yet what was behind it was truly beautiful. As we walked through a small entry it suddenly felt like we had stepped into a stately square in ancient Rome.

The cobblestone square was flanked by imposing buildings in classic Roman architecture, with towering arches and lofty, ornate columns. The level of realism was astounding – every detail had been accounted for, down to fading and dirt on the building facades.

I reached out and rapped my knuckles against a column, creating a reverberation through the hollow, flimsy structure. We were led through several more similarly authentic 'ancient' settings, which had been used as the believable backdrops for hundreds of movies set deep in Italy’s past.

The Selfies Stopped In Rome

How To Spend 3 Days In Rome 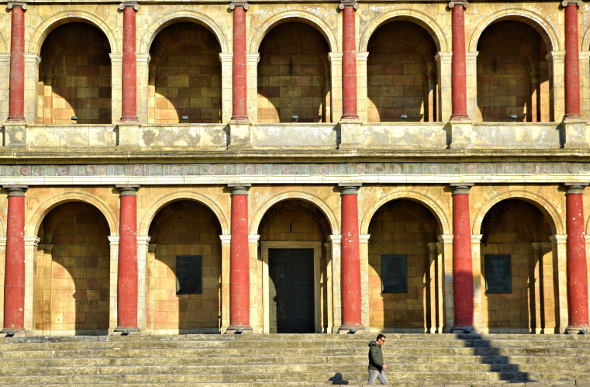 With 20 sound stages, Cinecitta has been home to some epic film sequences, such as the ship battle in Ben-Hur and a giant war scene from the 1937 film Scipio Africanus, which involved more than 6,000 people.

Scipio Africanus was one of the first films shot at Cinecitta after it was founded by Italian Fascist leader Benito Mussolini. He established the studio, in part, so that his propaganda unit could use it to make politically-motivated films.

This made the studio a target during the Second World War, and in 1939 it was badly damaged by bombings from the Allies.

Once the war ended it became a makeshift refugee camp home to about 3,000 people. In the 1950s and 1960s Cinecitta was repaired, with Ben-Hur one of many international movies staged there during that period, when Rome became known as 'Hollywood on the Tiber'. 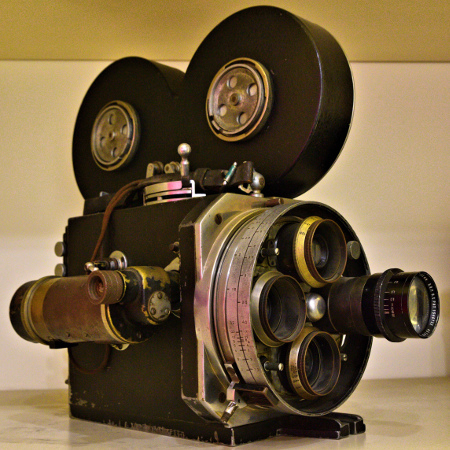 Coincidentally, the re-make of Ben-Hur starring Morgan Freeman has recently been in production at Cinecitta and is representative of the major Hollywood comeback the studio has made.

In 2014, the Italian Government increased the tax credits for big foreign movie productions with the aim of seducing Hollywood. Meanwhile, the low value of the Euro against the US Dollar is also helping to once again make Rome and Cinecitta attractive locations for overseas filmmakers.

Zoolander 2 was recently shot at Cinecitta and more major Hollywood films are believed to be in the pipeline.

Yet, for vistors, it is the majestic sets of the backlot and Cinecitta’s tumultuous past that are truly engrossing.

Visit your local Flight Centre store or call 131 600 for more advice and the latest deals on travelling to Rome.