Rotorua: A Journey Into Maori Culture

Rotorua: A Journey Into Maori Culture

Discovering the heritage of any destination has to be one of the most rewarding travel experiences a person can have.
Learning the trials and successes through a diverse history along with the grace and pride of any culture is a recipe for lasting travel memories. This was certainly the case when I ventured to Rotorua at the heart of New Zealand's North Island. 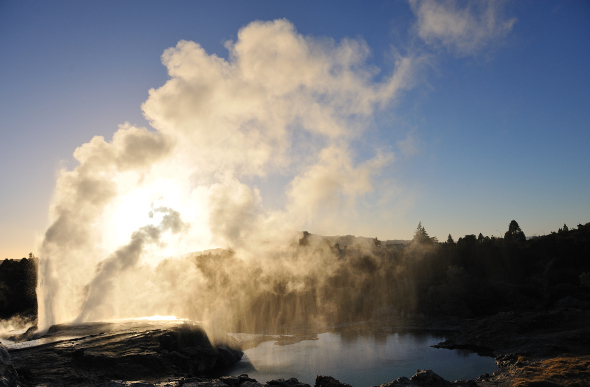 The beauty of Rotorua's geothermal activity

Upon arriving in Rotorua, the first thing I noticed was the distinct smell in the air. Aptly nicknamed the 'Sulphur City', this place is a hotbed of geothermal activity. The bubbling mud pots, geysers and hot springs are what draw most people to the city, and rightly so. You can soothe tired muscles at thermal spas and witness the majesty of geysers erupting to heights of 30 metres.

This thermal activity has also played a large part in Maori culture – something I discovered when visiting Te Puia. This cultural centre is dedicated to preserving Maori traditions and sharing them with visitors, which makes it perfect for any traveller seeking cultural enlightenment.

[embed]https://www.youtube.com/watch?v=4R3mWtcjOXU[/embed]
Knowledgeable guides, whose heritage can be directly linked to the area, take you through the park. Learn the history of the Whakarewarewa Valley, starting with the pronunciation of its traditional name: Te Whakarewarewatanga O Te Ope Taua A Wahiao.

Paul, our guide, was an endless source of information (and delightful wit), recounting the significance of Rotorua's geothermal features and how they've been used by Maori tribes for hundreds of years. The most significant of which has to be in cooking, but more on that later. 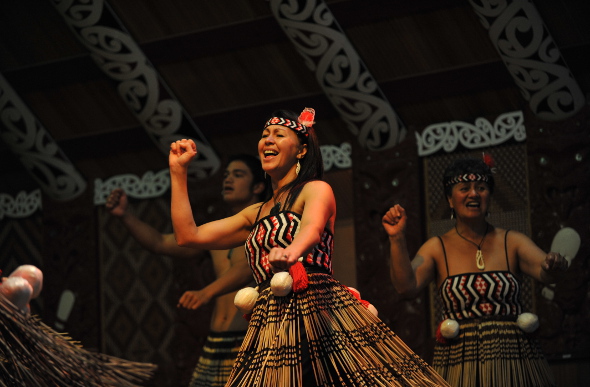 Maori culture is front and centre at Te Puia

We were led through the Kiwi House for a rare opportunity to see live Kiwi birds and learn about conservation efforts. We were also shown through the prestigious New Zealand Maori Arts and Crafts Institute, where Maori traditions are preserved through teaching younger generations about carving and weaving.

One of my biggest highlights of Te Puia, though, was the cultural performances. These shows offer a glimpse into Maori rituals, and they are happily shared with appreciative audiences. The night kicked off with the Powhiri – a traditional welcoming ceremony that involves challenges, singing and, of course, the Hongi. While I wasn't chosen as our group's 'chief', watching it all unfold was no less fascinating.

Visitors and performers congregate in the Marae – a richly carved meeting house – for several performances of traditional songs and dances. Don't be content to sit on your laurels though as you enjoy the show. There is an interactive element as well. 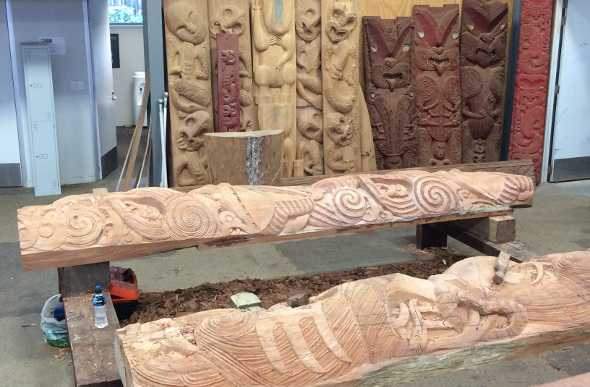 With all of the geothermal action happening at Te Puia, it's no wonder that the Maoris have put it to work. The Hangi (earth oven) uses geothermal heat to prepare food using steam pits or hot rocks. Meals generally feature local ingredients, which can include beef, lamb, pork and chicken along with potatoes, kumara (sweet potatoes) and pumpkin. It takes approximately three hours for the food to cook if steaming or cooking over hot rocks in the ground.

Uncovering the hangi at Te Puia was a ceremony in itself. Crowds gathered around and gasped with pleasure as each layer of canvas and burlap was peeled away. A flurry of camera flashes lit up the dinner as it was finally revealed, perfectly steamed and ready to eat. It was then served buffet-style with a selection of salads and desserts.

After dinner, the night was capped off sipping cocoa on geothermal-heated steps as I watched the Pohutu Geyser, reminiscing on my new found appreciation for Rotorua and the Maori culture. 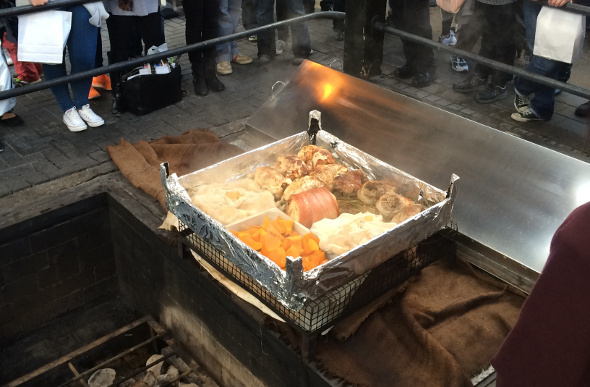