In the wider world, laminates and wristbands get you into things. But in Super League, they have an entirely different meaning.

Last Sunday at Wakefield, a group of beer-swilling fans were getting progressively rowdier in the public bar overlooking the delightfully dilapidated Rapid Solicitors Stadium, where the local boys were taking on Hull Kingston Rovers.

Welcome to the north of England, where they invented rugby league and where the hoi polloi are strictly forbidden from interrupting the good time of the working class who exported their favourite game to Australia. 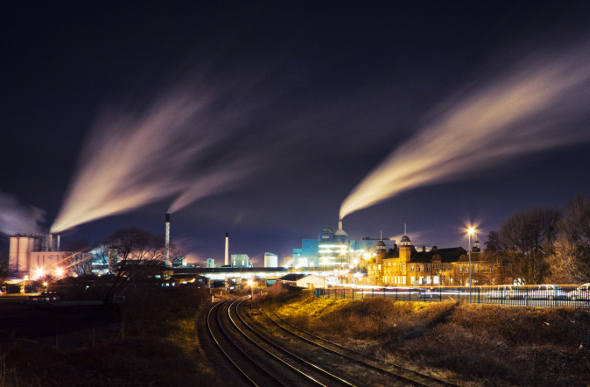 Rugby League has its roots in industrial northern England. (Getty)

This weekend, 18 years after the unmitigated disaster of Super League's expanded World Club Challenge (so lopsided that winless English teams made the 'seeded' quarter-finals while undefeated Australian sides missed the cut), the concept has again been - cautiously - expanded.

On Friday, St George Illawarra take on Warrington at the Halliwell Jones Stadium, Warrington Wolves' relatively new venue built at the bottom of a supermarket carpark.

An all-seater with an enclosed pressbox? No way! English rugby league 'speccies' like to stand and their reporters prefer to sit outside where they can hear them.

On Saturday, two old foes in Wigan and Brisbane do battle at the DW Stadium. Restored Broncos coach Wayne Bennett sat on a train to and from the team's London base on Monday to attend a media conference in Manchester, making himself available for every interview request despite his domestic reticence in that department.

Yet when he picked up his morning paper on Tuesday, there would have been no mention of him, the media conference or this weekend's games. Rugby league is a 'northern sport' in England, y'see. 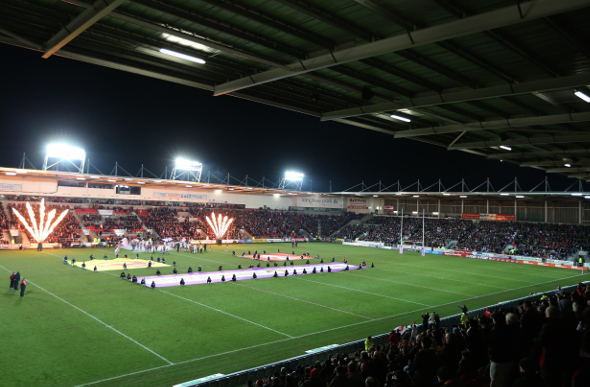 Sunday's match between St Helens and South Sydney is the only one with a title at stake and the 'Pride of the League,' the Rabbitohs, could be crowned world champions for the first time in their 107 year history.

Owner Russell Crowe is hosting a Thursday night screening of The Water Diviner just for rugby league fans, officials and media in far off London. Rumour has it that Liverpool's Cavern Club, where the Beatles cut their teeth, will host the post-match function on Sunday.

Imagine how rugby league would be placed in Australia if Sydney, Brisbane and Canberra did not exist and Melbourne was the undisputed centre of culture, government, business and media.

It would be a struggle, right? But it would make us more united, determined, defiant.

Imagine how we would all behave when we went to the southern capital for a big game. Our team loyalties would be secondary to our pride in where we're all from and belief in our game.

England is the place to come to renew your vows with rugby league. If salacious headlines, predictable play and wall-to-wall media coverage have forced you to lose faith, you can find it again at places like Castleford's Mend-a-Hose Jungle.

Eventually, even the security will leave you alone.

"What if I take the wristband off?" the Wildcats fan with the pint of bitter asked our man in orange.

He had no answer to that.

Steve Mascord is one of Australia's premier rugby league journalists and a dedicated traveller. A purveyor of the 'three Rs' - rugby league, rock'n'roll and the road - he follows sport and music around the world.
more articles from this author