The best plan for tackling San Francisco's Chinatown is no plan at all. Simply wandering the wide streets and narrow alleys will take you where you need to go.

Whether you just happen to be in town or are visiting for something specific like the Super Bowl or Lunar New Year – the Year of the Monkey dawns 8 February – spending a few hours in the second-largest Chinatown in the United States (behind New York City) is always worthwhile.

Visit early and you'll feel the rush of everyday life as the food markets and bakeries hum with activity – this is a real community as well as a tourist attraction.

Visit at dusk and Chinatown takes on a magical glow, the lanterns strung across Grant Street glowing red and the curio shop windows ablaze in a glitter of possibilities.

Here's a quick guide to getting the most out of your stroll.

How To Get There

A good place to start is the much-photographed gate at Bush Street and Grant Avenue. This is Instagram central and a short walk from Union Square.

You can also ride the cable car to Chinatown via either the Powell-Hyde or Powell-Mason lines. Cable cars make many stops; two possibilities for alighting are at Washington and Mason streets or Powell and California.

Tickets can be purchased at the turnaround at Powell and Market streets or in advance online. You don't have to queue at the turnaround to board; you can walk a few blocks up the line – look for the brown and white signs indicating stops. Be aware, though, that you may have trouble getting a seat when it's busy.

Love to ride? How To Cycle San Fran 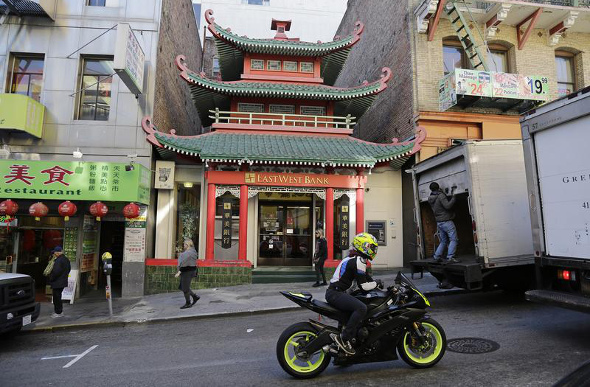 Tourists and locals alike rejoiced when Sam Wo's recently reopened. Before it closed in 2012, the restaurant had operated for more than 100 years on Washington Street and was known as a place for no-frills Cantonese fare where customers were once insulted by the "rudest waiter in the world", the late Edsel Ford Fong.

Sam Wo's reopened in October at 713 Clay St, between Grant and Kearny. Try the jook, rice porridge served with a variety of toppings. Other standbys include House of Nanking and Great Eastern Restaurant, known for its Cantonese-style seafood dishes.

Grant is the main drag, but if you want to see the more workaday side to Chinatown, take a walk on Stockton Street, known for its produce and live animal markets.

Explore the tiny side streets where you'll find everything from dive bars and tea houses to traditional Chinese apothecaries.

Waverly Place, between Washington and Sacramento streets, is home to several temples including Tien Hau, which has a different style on each floor culminating with a temple dedicated to the Goddess of Heaven.

Another interesting temple is Kong Chow Temple, known for its colourful altars, and in the same building as the Chinatown post office. 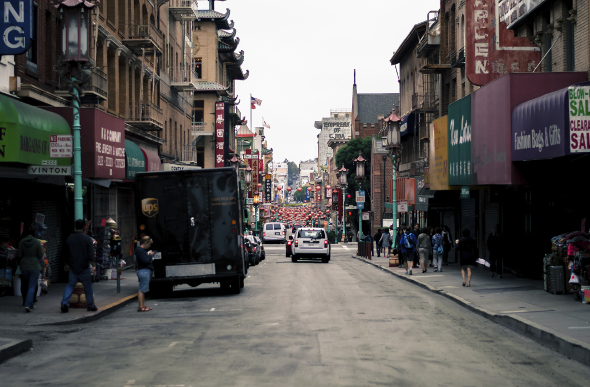 When walking down Stockton Street be prepared for distractions (Image: Getty)

The Golden Gate Fortune Cookie Factory, is open seven days a week. Admission is free, but you need to pay about 80 cents to take a picture.

Chinese New Year, understandably, is big here, with banners, fireworks, food and flowers. This year, the two-week celebration wraps up with the traditional parade on 20 February.

Looking to add a little scholarship to your stroll? For a deeper dive into Chinatown history, consider one of the guided tours offered by the Chinese Cultural Center. Reservations are required.

Copyright (2016) Associated Press. All rights reserved. This material may not be published, broadcast, rewritten, or redistributed.

This article was written by Michelle Locke from The Associated Press and was legally licensed through the NewsCred publisher network.