Where do you go after a busy week in Hollywood, pitching ideas to producers even more chilled than their air-conditioned offices?

The answer for me lay just two hours up Route 101 – Santa Barbara, a favourite haunt for Los Angelenos and, before them, Mexicans, Franciscan monks and Chumash Indians.

I set off with my wife in our rented, open-top Mustang: not actually a great idea in the freak October weather with the temperature in the high 30s. By the time we arrived, we were more or less mummified. 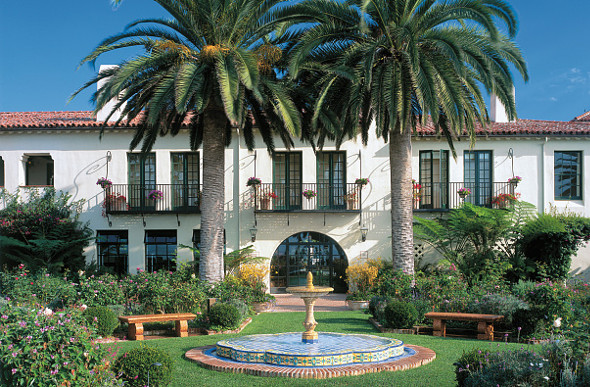 We’d booked into Four Seasons Resort The Biltmore Santa Barbara, located in a quiet enclave between the freeway and the sea. After the rush of traffic and the miles of concrete, I felt that I’d arrived in an Agatha Christie novel.

The hotel is classic and classy, built in the style of a Spanish hacienda with high ceilings, antique rugs on tiled floors, gilt mirrors, tapestries, winding staircases and archways. It’s huge.

Our room was in a cottage complex on the other side of a quite gorgeous garden and if it was less eclectic than I would have liked – this is, after all, an international chain – it was very private, spacious and comfortable. The hotel caters for families with small children and pets.

We saw three weddings (and an astonishing 36 groomsmen and bridesmaids) while we were there. But if you’re looking for peace and quiet, it’s easy to escape. 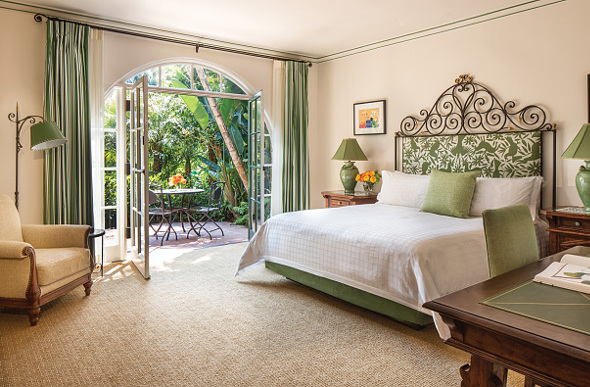 Santa Barbara has been called the American Riviera, but sitting on the terrace watching the sunset with an obligatory cocktail, I had to disagree. The French Riviera was ruined years ago.

This little corner of Santa Barbara retains its effortless charm with a long, almost traffic-free esplanade running next to a stone balustrade and, on the other side, the completely unspoilt Butterfly Beach.

The silence is only interrupted by the breaking waves and the occasional howl of the express trains that run close by – but that feels quite Agatha Christie too.

The next day we drove up to the Old Mission, a monastery founded by Franciscan friars in 1786. It’s a beautiful place with a church decorated in swirling colours like Neapolitan ice cream and one of the most curious cemeteries I’ve ever seen.

You can still have your ashes inurned in the wall. Prices start at $5,000 and, believe me, in this part of the world, that’s a bargain. 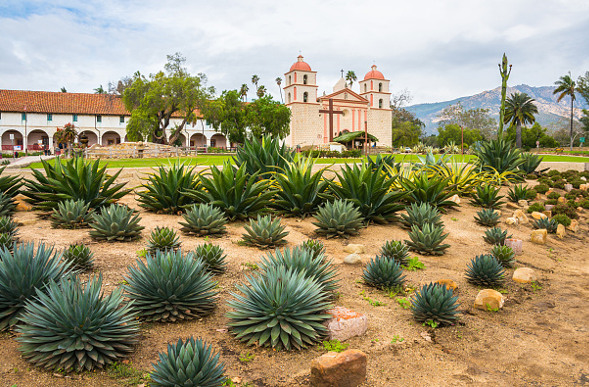 Tourist brochures tell you to “shop until you drop” in Santa Barbara, an injunction that makes me feel slightly queasy. I did stroll up State Street, the main shopping drag, but actually, I’m afraid, drag is the word. It was wholly unenticing.

I looked into the Museum of Art and was rewarded by some interesting Impressionist and Post-Impressionist works – but not much else, as the place was partly closed for refurbishment (and, to be fair, free).

I was glad to jump on one of the electric buses that prowl up and down State Street and get back to the ocean. I watched the sunset from the Double Dolphin, a 16-metre catamaran that offers two-hour cruises.

Sitting, doing nothing, with a glass of champagne and a friendly crew… this was what I’d come for. 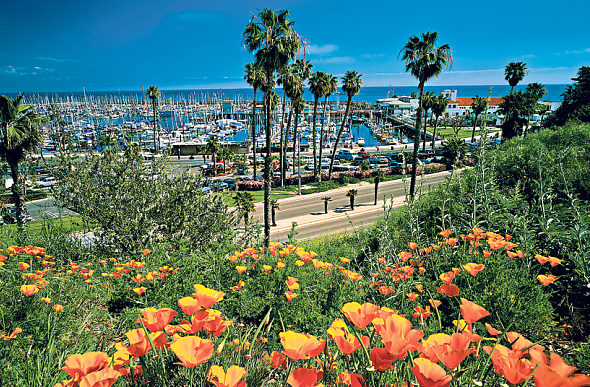 Hit the road for a US self-drive trip. 3 Memorable USA Driving Holidays

Santa Barbara isn’t somewhere to go for frenetic tourism and you certainly don’t need to go rushing around from site to site. I got a sense of a very well-heeled, laid-back, health-conscious population.

Despite the roar of the 101, the emphasis is on walking, cycling, swimming and surfing. If anything strikes you about the city, it’s the fact that it doesn’t feel like a city at all, what with the ocean and the quite extraordinary vegetation.

I wondered how anyone ever meets anyone here. Almost all the houses are hidden behind 10-metre hedges and impenetrable trees. All I could do was admire the very lovely gates – and even the gates would have been out of my price range. 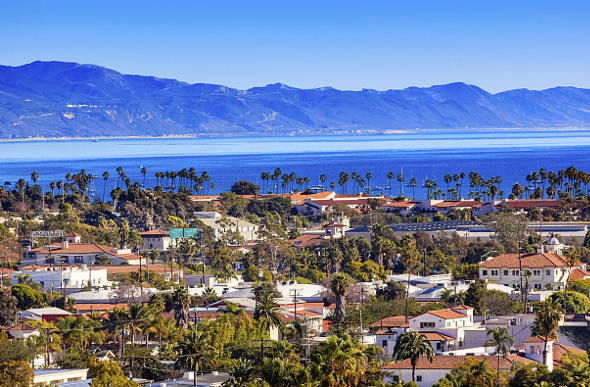 And yet, there is a real sense of community. Where else would you see mass dog walks and, on Sunday, about 200 people setting off together on a hike? We even stumbled across the Santa Barbara Cars and Coffee morning in nearby Montecito … with about a billion dollars’ worth of classic cars on display while their hipster owners chatted in the sun.

Other highlights included the restaurants of the Funk Zone neighbourhood, close to the seafront, and the Urban Wine Trail, involving sampling the produce from five of the region’s 200-plus wineries. 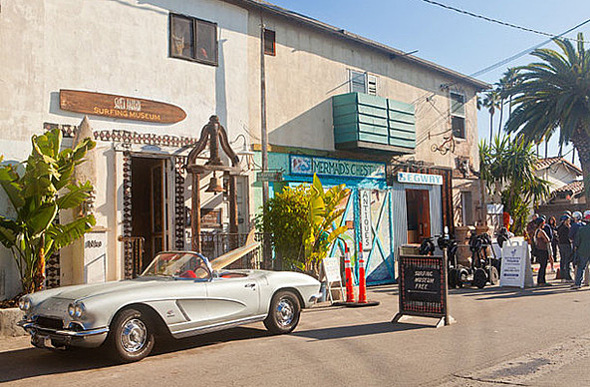 But our most memorable excursion in Santa Barbara was Lotusland – and it will stay with me to my dying day.

This 14 hectare estate was purchased by a Polish socialite named Ganna Walska in 1941 and, over the next 43 years, she created a series of gardens so stunning, so dreamlike, you feel you must have tumbled down a rabbit hole to discover them.

There are walkways, lakes, fountains, and orchards. The Aloe Garden plunges you into Dr Seuss, the Cycad Garden quite literally into Jurassic Park. Cacti twist and rise up to astonishing heights. I had never known that trees and leaves came in so many shapes.

I’ve already said that the tropical vegetation is the true glory of Santa Barbara, but it finds its apotheosis here.

Visit your local Flight Centre store or call 131 600 for more advice and the latest deals on travelling to Santa Barbara.

This article was written by Anthony Horowitz from The Daily Telegraph and was legally licensed through the NewsCred publisher network.

Anthony Horowitz is one of the most prolific and successful writers working in the UK – and is unique for working across so many media. Anthony is a born polymath; juggling writing books, TV series, films, plays and journalism.
more articles from this author